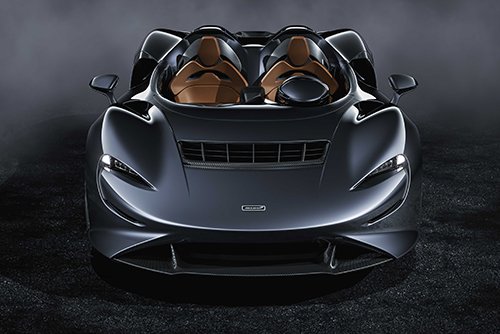 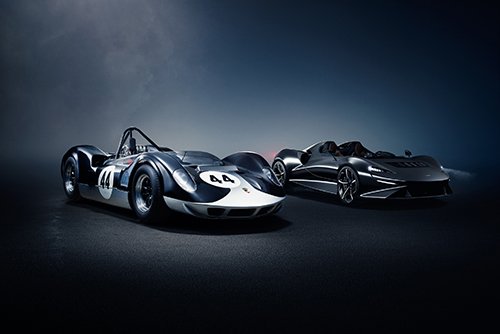 According to McLaren, the name “Elva” celebrates racecars designed by Bruce McLaren back in the 1960s. As a tribute to these gems from the past, the company announced the McLaren Elva roadster, its first open-cockpit road car. The car takes its place as a member of the Ultimate Series, joining other iconic vehicles, which include the Senna, P1TM, and the Speedtail. The Elva will be a limited series model; the company plans to produce only 399 units.

The McLaren Elva is a fast open-cockpit, two-seater car with a chassis and body made of carbon fiber. It has no roof, no side windows, or a windscreen. The result is an unparalleled driving experience on the open road – if you believe McLaren.

Under the hood, the car is powered by a 4-liter, twin-turbo V8 that is similar to the engines that power the McLaren Senna and the Senna GTR. Combined with the lightest road car produced by McLaren, the result is unprecedented performance in all metrics includes agility, driver feedback, and acceleration.

The engine delivers an impressive 804bhp and 590 lb/ft of torque. It is fitted with a flat-plane crankshaft and dry-sump lubrication. To reduce the weight of the powertrain, McLaren utilizes lightweight rods, pistons, and connecting camshafts. The powertrain delivers power to the rear wheels via a seven-speed gearbox that is connected to a launch control function. This results in impressive performance; it can go from 0-62mph in an eye-watering 3 seconds and 0-124mph in just 6.7 seconds.

McLaren went all out when it came to engineering this car, as can be seen with the braking system. The system is comprised of 390mm sintered carbon-ceramic discs. These discs take longer to produce than the regular carbon-ceramic discs, but the effort is worth it. The discs are much stronger, and cooling requirements are not as high. The innovation was first seen in the Senna, and it has been upgraded in the Elva by adding titanium caliper pistons that reduce the weight by 1Kg across the car. 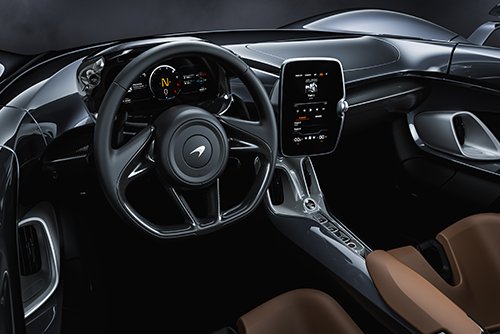 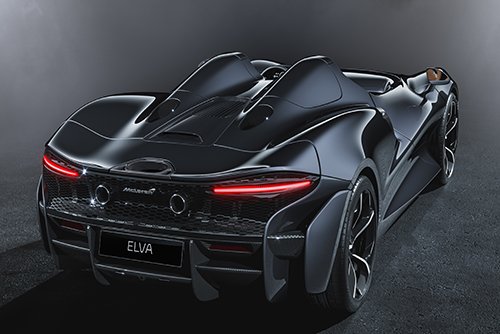 Its exterior design is quite breathtaking and unique. The car features a low nose and a pronounced front fender that helps to improve the visual appeal of the car. In the rear, it features large carbon fiber fenders that flow smoothly from the front of the door to the back. The car utilizes a deployable rollover protection system that helps to lower the height of the twin rear buttresses. You can wear a helmet if you like. However, according to McLaren, this might not be necessary since the car’s upper cabin is designed to wrap around the passenger and driver to keep them secure. Additionally, there is an optional fixed windscreen as a factory option.

To improve the driver experience, McLaren has created a unique Active Air Management System, which is the first of its kind. It directs air up over the cockpit to create a low-pressure bubble of calm. This system is deactivated at low speeds and is deployed automatically at high speeds. The driver can also activate the system when it is considered necessary.

The Elva is obviously McLaren’s answer to the Ferrari Monza, which is also an open-cockpit car. It’s tough to decide which looks better, but both certainly make open-cockpit cars appear very attractive. I don’t care what either company says though. I wouldn’t get into the driver’s seat without a helmet.