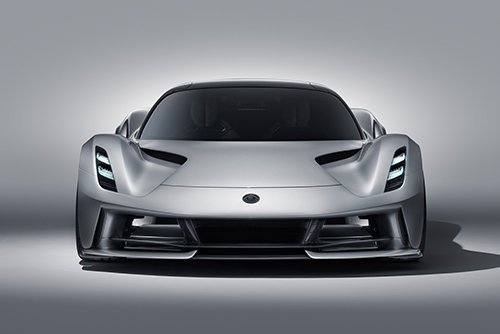 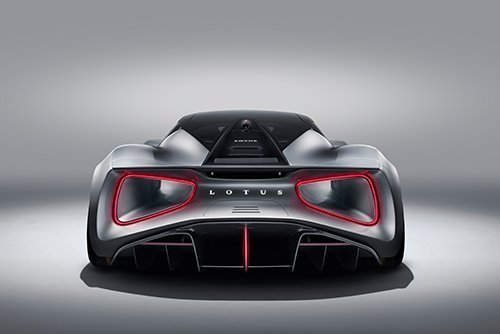 Lotus has entered the electric car market with a statement on how powerful and advanced a fully electric car can be. The new Lotus Evija (pronounced ‘E-vi-ya’) is the world’s first fully-electric British built hypercar. It is not only pleasing to the eye, but it also packs a punch with a power output of 2,000 PS / 1972.64 HP, and that’s not a typo!

According to the manufacturer, the new car signals the beginning of a new chapter in the history of Lotus, which has become a beloved icon for British sports car lovers. Lotus, now connected to Geely, says the name of the new car makes the point clear about the pioneering direction the group has taken. Evija means ‘the first in existence’ or ‘the living one’. Cleary, Lotus is signaling that this technology will move into other cars they produce.

The Evija is fully electric, the first fully electric Lotus car ever, and it packs a punch with a huge lithium-ion 2,000-KW battery fitted behind the passenger compartment that delivers energy to four powerful e-motors. Then, factor in integrated silicon carbide inverters, epicyclic transmission on each axle, four-wheel-drive powertrain, and four efficient single-speed helical gear ground planetary gearboxes transferring power to each driveshaft.

That adds up to 0-62 mph (0-100 km/h) in less than three seconds with the top speed in excess of 200 mph (340 km/h). Lotus says if you go as fast as possible, you’ll drain the battery in about seven minutes. But if you drive at normal street speeds, you’ll get about 250 miles out of a full charge. The driver can choose from five driving modes – Range, City, Tour, Sport, and Track.

The battery position behind the passenger compartment serves several purposes. First, it’s central to the weight distribution of the car and its effect on handling along with the design of how power is transferred to the wheels. The other function is that the placement makes it easy to service as it sits under a rear glass screen. Of course, the result is a beautiful look to the rear of the car. Incredible function and impressive technology blanketed in sleek styling.

The exterior look of the Evija is very easy on the eyes. The huge tunnels sweeping along both sides of the car are likely to catch your attention before anything else. The openings aid in aerodynamics and downforce but also look amazing. The front of the vehicle is sleek and clean with a low nose and grill that sweep upwards to additional air intakes. The back of the car, highlighted by the open tunnels, seems surprisingly heavy – but in a good way. The Evija maintains a “light” style while also having the look of a futuristic muscle car.

The car is built on a carbon fiber chassis with an interior that has a racing feel. Mirrors are replaced with cameras, the dash is compact, and the steering wheel is multi-functional, giving the driver complete control of the vehicle with the touch of a finger. When a charge is needed, the downtime will not be long when compared to existing electric cars. According to Lotus, when using existing charging technology – such as a 350kW unit, the Evija’s time to charge will be 12 mins to 80% and 18 mins to 100%.

In today’s world, technology is vital. Occupants can sync their devices to the car as one would expect. The car also comes with cloud capabilities that include the ability to evaluating the status of the battery, 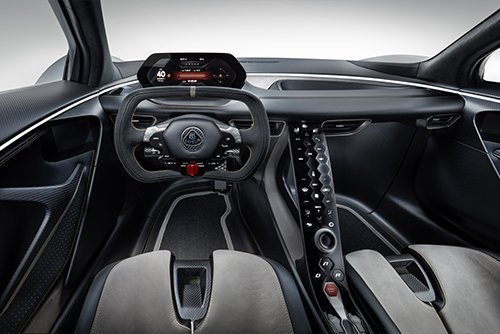 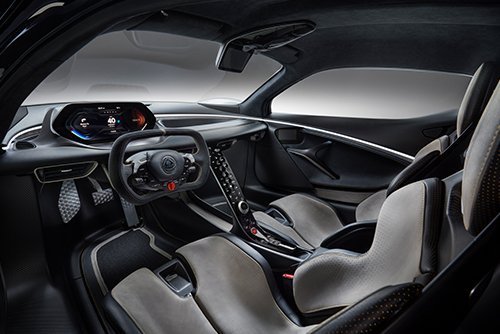 control the cabin temperature, and monitor laps times remotely. Lotus is open to acknowledging the fact that they had motorsports in mind when designing the car. The suspension, cooling, aerodynamics and more have ties to Formula 1 racing technology.

The company hopes the look, and everything that goes into the new Lotus Evija will serve to elevate the brand to new heights. Lotus Cars CEO Phil Popham stated that “the Lotus Evija is a car like no other. It will re-establish our brand in the hearts and minds of sports car fans and on the global automotive stage. It will also pave the way for further visionary models.” The first British built all-electric Hypercar can be yours for $2.1 million, but you need to go ahead and get your name on the list, along with a deposit, as only 130 will be built starting in 2020.