Lamborghini Sián - What's in a Name? 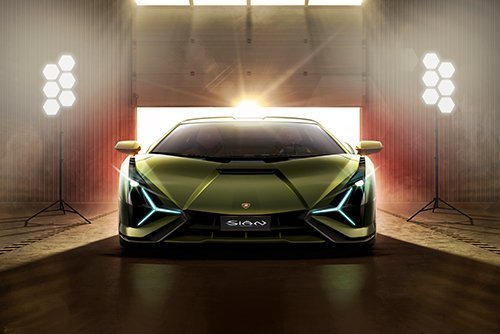 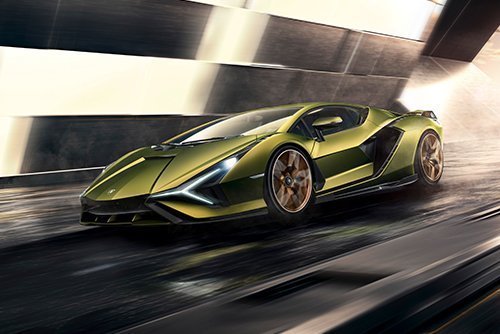 Touted as a car for the future, the Lamborghini Sián is a world first in many ways. Not only is it the first hybrid car that Lamborghini has ever produced, but it is also the first low-voltage hybrid car to have a direct connection between the electric motor and the wheels.

The Lamborghini Sián is the company’s fastest production car to date and does the traditional sprint of 0 to 100 km in less than 2.8 seconds maxing out at a top speed of over 350 km/hr.

The Sián is powered by the iconic V12 engine that Lamborghini is so famously known for coupled with an electric supercapacitor that is not only three times lighter than the more common lithium-ion batteries that produce the same power but also three times more powerful than a battery with the same weight.

The Supercapacitor is well tucked in the bulkhead between the cockpit and engine, ensuring perfect weight distribution.

The V12 engine and the supercapacitor together produce a combined power of 819hp making it the most powerful Lamborghini ever produced and further justifying its name “Sián” which means flash or lightning in the Bolognese dialect.

Primarily inspired by the Lamborghini Countach, the car’s looks are what we’ve grown to expect a Lamborghini car to look like, designed with a strict emphasis on aerodynamics and elegance.

The Sián’s body is entirely made from carbon fiber with the aim of making it more visually appealing and light, and it is no surprise that the car has the lowest weight-to-power ratio car in the V12 Lamborghini family.

The interior is similar to that of the Aventador with the portrait touchscreen being one of the notable differences. It’s worth noting that majority of the materials used in the interior of the car are 3d printed. Another first for the company.

Lamborghini will manufacture only 63 pieces of the Sián in honor of its foundation year 1963. Unsurprisingly, all 63 have been sold. 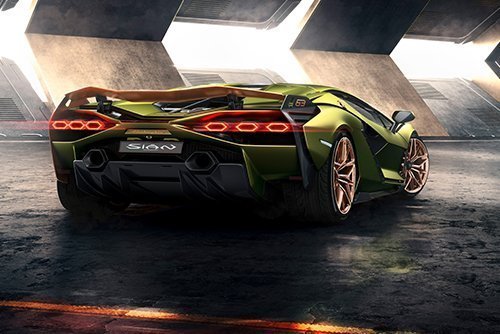 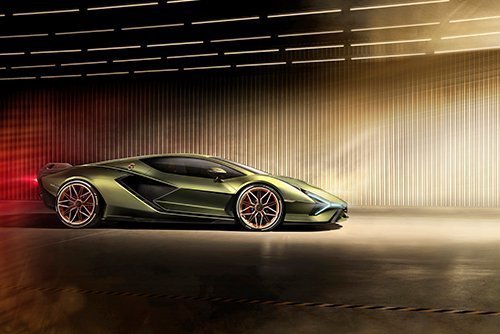 Lamborghini as a company has a reputation for building some of the world’s most exciting cars, and there is no doubt that with the Sián, the company is not about to rest on its laurels.

The Sián will be officially unveiled to the public at the Frankfurt 2019 motor show in Germany starting on the 12th of September.