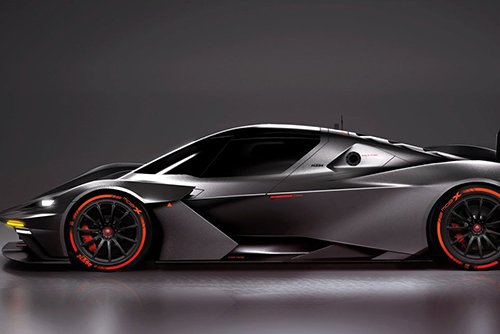 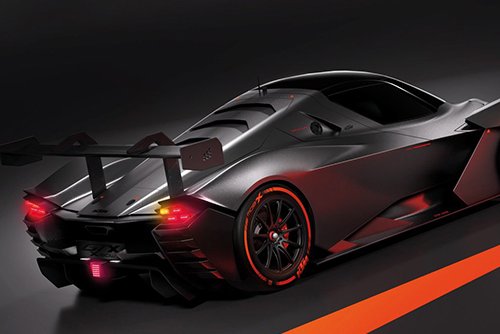 More recognizable in the world of motorbikes, KTM is the world’s fourth-largest and Europe’s largest motorcycle producer.

About 12 years ago, the Austrian company ventured into making cars, with the KTM X-Bow being its first-ever production car. The car was designed based on KTM’s expertise in making exciting machines with an emphasis on performance and lightness.

After the pioneering X-Bow, the company went on to produce a few other models that included the X-Bow GTR and the GT4. In a bid to continue its exploration in the car world, the famous Austrian motorcycle company has added an all-new model to its growing list: The KTM X-Bow GTX. A car that the company describes as the next logical step in the X-Bow series.

Speaking about the GTX, KTM board member Hubert Trunkenpolz describes the GTX as a car that has been developed with an emphasis on performance, weight, and fuel efficiency. And boy have they nailed these!

The KTM X-Bow GTX weighs just over 1000kg and comes with a 2.5 liter 5-cylinder Audi Engine that produces 600bhp. The vehicle has a weight to power ratio of about 2kg per horsepower.

In terms of looks, the GTX doesn’t look too different from its predecessor, the GT4. But if you’re not familiar with the GT4(few people are), I’d say it looks like a crossbreed between the Aston Martin DB100 and the McLaren Senna.

The GTX has been produced in conjunction with Bavarian based Reiter Engineering, a company that KTM has worked with before on a number of projects, including the GT4.

The GTX has been produced to compete in a number of racing series, including the GT2 series, where it will compete with offerings from Audi and Porsche.

Speaking about the GTX’s participation in numerous racing series, Reiter’s general manager Hans Reiter had this to say: “The first 20 cars will be available this year. Subject to the final homologation by the SRO, it then could be entered in all GT2 racing series’, whereby KTM will become, alongside Audi and Porsche, the third manufacturer in this arena to offer such a racing car. ”

Underneath the intricate bodywork, the GTX will have a carbon fiber monocoque designed by Dallara, the same company that has designed monocoques for all KTM’s previous cars.

There is little else that we know at this point, and we wait for more information about the car’s full spec list and prices. KTM promises more details in due course so be sure that we will keep you posted about any new information that emerges before the GTX takes part in its first expected race sometime in the autumn.