Huayra Roadster BC – Another Pagani Gem 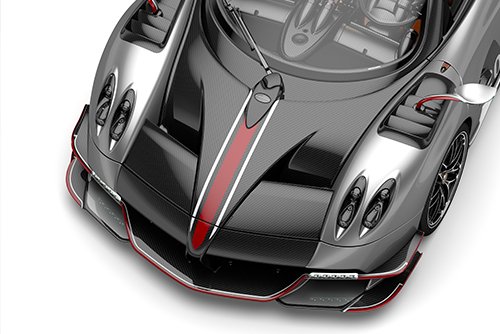 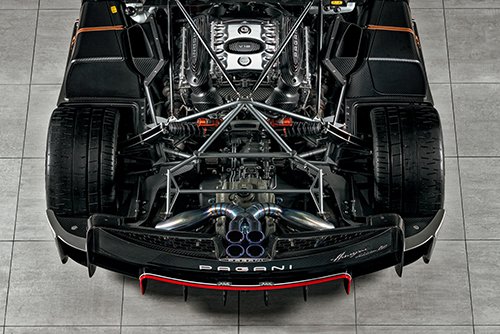 Practically every single car wearing the Pagani badge will qualify as a gem for multiple reasons beyond the price tag. If you have an extra $3.5 million in your wallet and are looking for a beautiful new car that packs 800 horsepower and 774 pounds-feet of torque, then Pagani has you covered! The Italian automaker has unveiled the new Huayra Roadster BC which is an eye-catcher, to say the least. And, get your name on the list as only 40 of the new roadsters are going to be built.

The Huayra Roadster BC is Pagani’s latest entry into their high-end roadster series, and this car is built with the track in mind. The new BC, which will be one of the company’s most-expensive production models yet, features some of the streamlined design elements seen in past releases with several improvements starting with the powerplant which is a 6.0-liter AMG V12.

The 6.0-liter twin-turbo V12 now sports 800 horsepower and 774 pound-feet of torque which is a 50 hp jump over the slightly older Coupe version. The company now feeds the extra HP to the rear wheels with a single-clutch instead of the usual dual-clutch design. According to Pagani, the seven-speed Xtrac sequential gearbox and lightweight single clutch in the new BC is 35-percent lighter than the standard dual version. The V12 is placed behind the driver, which leads to the impressive overall look of the car.

The driver compartment, with the V12 behind, seems visually pushed forward with an overall wing-shaped profile with an elongated back end. The result is a speedy looking roadster even when it’s sitting still. Adding to the visual effect is the Pirelli P Zero Trofeo R rear tires which seem shoved back slightly. Picture – I know it’s a stretch – a futuristic dragster with amazing cornering capabilities. According to the company, it’s all about downforce!

The overall design of the composite carbon fiber car is to “mimic an airplane wing” and better manage airflow. The design manages 500kg of downforce at 174mph while maintaining preferred ground clearance. This is achieved by the streamlined design, air intakes, well-placed wing, and an exhaust system pushing some air downwards under the car.

According to Pagani, the brand new titanium exhaust system uses six pipes with two of them, coming from the catalytic converters. That airflow is pushed down under the car directly to the diffuser. The result is improved downforce which the company says is aided by a new constantly-variable electronic damper system. The result is road-grabbing downforce at speed and while heading into turns.

Official specs from Pagani state that the Roadster BC, weighing in at 2,685 pounds, generates up to 1.9Gs of maximum lateral force in corners. If you’re driving on a straight line, you can expect 0-60 in 2.5 seconds!

The Pagani Huayra Roadster BC falls right in line with the other limited production models the company has unveiled. It’s visually pleasing, fast, takes corners like a dream, and features the best in interior design. It’s light-weight, built on a sturdy carbon-fiber composite frame, and features the latest in driver displays. So is it worth that eye-watering price?