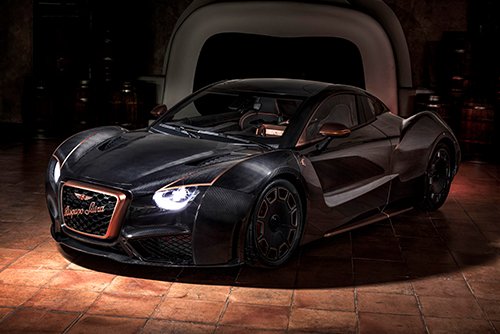 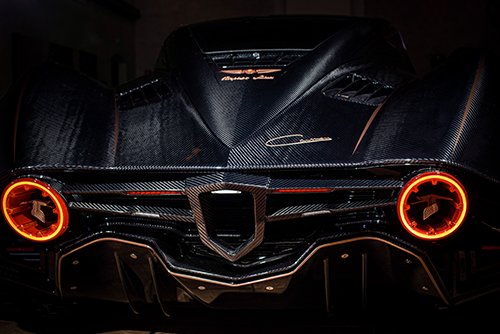 Announced at an online event held at Hispano Suiza’s Headquarters in Barcelona, the Hispano Suiza Carmen Boulogne is a two-seater 1100 horsepower electric hypercar with a striking and neatly put together design that combines both modern and age-old looks.

Designed and developed in Barcelona, the car is a result of a partnership between Hispano Suiza and QEV Technologies, a Spanish company that specialises in building electric powertrains.

The Carmen Boulogne seeks to uphold the legacy of the cars before it including the legendary Hispano Suiza H6 that won several championships and races in the early 1920s.

The Boulogne is powered by an 820KW powertrain that produces a massive 1,114 Horsepower and 1,000 pound-feet of torque.

The powertrain enables the car to hit 62mph in just under 2.6 seconds while maxing out at a top speed of 180mph.

The car comes with an 80kwh battery that gives the car an estimated range of 250 miles. The battery is T-shaped, running as a central spine of the car and behind the seats.

Due to its placement and weight, the battery also helps in providing stability and reducing structural vibration.

Hispano Suiza says that charging the car’s battery through a CCS2 fast charger would fill it from 30 to 80 percent in just 30 minutes. The Boulogne comes with a system called the Electronic Control Unit (ECU) which manages all the vehicle’s power ensuring efficiency and optimal performance at all times.

The Boulogne’s body is made from lightweight carbon fiber which helps keep the car’s weight low. In comparison to the standard Carmen, the Carmen Boulogne weighs 1630kg making it 60kg lighter than the Carmen that was announced in 2019.

Thanks to the Boulogne’s weight, the car boasts a better stiffness-to-mass ratio than the popular Lamborghini Aventador and at 0.32cd, the car also has a lower drag coefficient ratio than some of the most popular hypercars including the Porsche 918 Spyder, and the Koenigsegg Agera R. 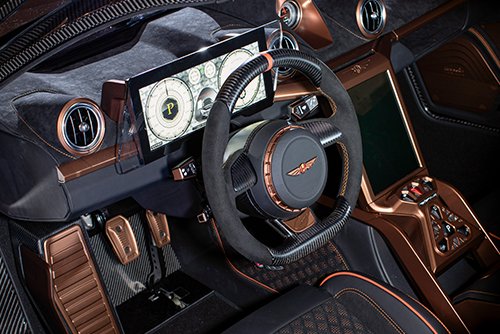 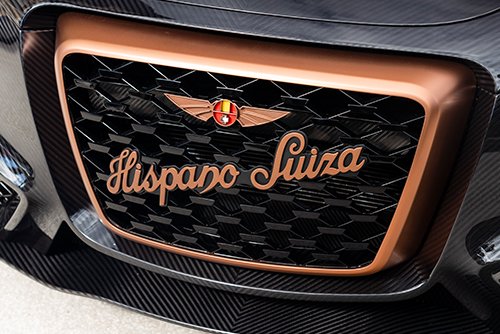 In terms of design, the Carmen Boulogne is fitted with the same semi-circular headlamps and aggressive ‘frown’ as the Carmen but is distinguished by its dominating copper-colored grille.

At the back, the Boulogne has its rear wheels exposed ditching the rather peculiar covers that the Carmen’s tyres were concealed under. The circular rear lamps feature the signature Hispano Suiza graphic within the rear-light cluster.

In the interior, the Boulogne comes with heated carbon fiber seats with a mixture of leather and Alcantara upholstery. Also included are a 6 speaker audio system, a traditional Swiss clock, and a 10.1 inch infotainment touchscreen.

Only 5 units of the Boulogne will be produced with each starting at about $1.8 million. Deliveries should be expected in 2022.