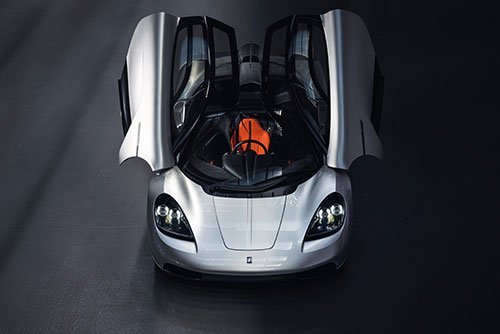 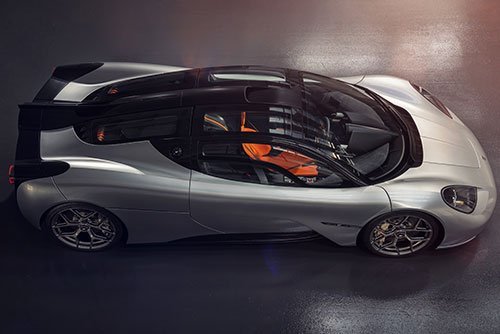 Famous for building the Mclaren F1, Gordon Murray is one of the most iconic names in the recent history of Formula 1 design and development. The celebrated engineer just unveiled his latest creation to the world, the Gordon Murray T.50.

Excitement about the T50 has been building over time with previous announcements about the development of the car. Drawing inspiration from the McLaren F1, the T.50 is a 654 hp three-seater car that comes packed with some of the most innovative aerodynamics engineering that you’ll find in a road-legal car.

Powering the three-seater is a naturally aspirated 3.9-liter V12 engine that produces a respectable 654 bp and 467 newton meters of torque. Paired with the engine is a six-speed Xtrac manual gearbox that weighs just over 80kg.

The Engine is developed by Cosworth GMA and Gordon Murray claims is the most responsive and highest revving naturally aspirated road car engine ever. Bold claims!

The car’s speed ratings were not shared in the press release though, because apparently, the car “is designed to deliver optimum performance, not to hit prescribed power, speed, or acceleration targets.”

Being an F1 fanatic, Gordon Murray designed the T.50 with a strict emphasis on weight and aerodynamics. The car’s total weight is stated as 986kg which is roughly 30% lighter than an average supercar.

The car’s monocoque and body are both made from lightweight carbon fiber materials with both having a combined weight of 150kg. Impressive!

On the Aerodynamics front, Gordon Murray Automotive claims the T.50 comes with the most advanced Aerodynamics seen on a road car, and it’s not hard to understand where their confidence comes from.

The T.50 comes with a rear-mounted 400mm fan that rapidly accelerates air passing under the car sticking the car on the road as a result. The car also comes with 6 “aero modes” with four of those being selectable by the driver while the other two kick in automatically. All this tweaking and tinkering means the T.50 is capable of increasing downforce by more than 50% while reducing drag by at least 12.5% 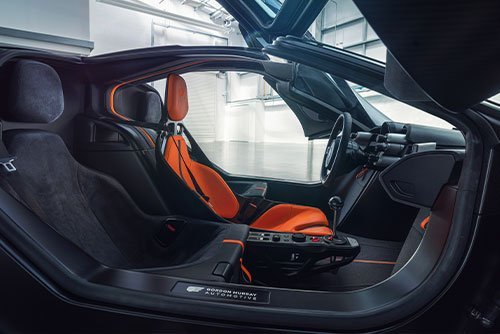 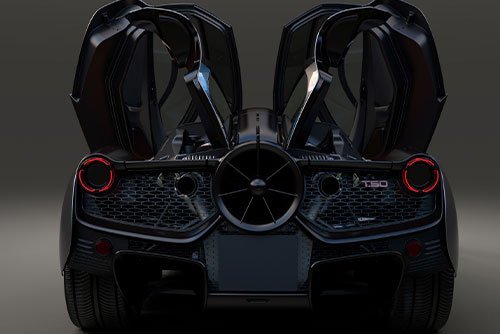 On the design front, the T.50 looks quite similar to the McLaren F1 with the car spotting similar features like a smooth low riding nose, an expansive rounded windshield, a roof-mounted air scoop for the rear engine and large scissor doors with big windows.

“With the design of our T.50 supercar, we are taking the same focused approach that was applied to the design of the McLaren F1. Thanks to modern materials and 30 years of development, we have been able to deliver a far better all-round car in the T.50, while setting its weight at just 986kg, a full 150kg lighter than the F1.” says Gordon Murray.

On the inside, the T.50 comes with the three seats, with the centrally positioned “Jet fighter-style” driving seat being the most striking feature. Apart from a 700-watt 10 speaker audio system and an Android Auto/ Apple Car Play enabled infotainment system, this isn’t really a feature-packed or overly luxurious interior. Remember, it’s all about the weight.

Only 100 units of the Gordon Murray T.50 will produce with each costing an eye-watering $3 million. Production is slated to start in January 2022 with deliveries expected to take place later that year.