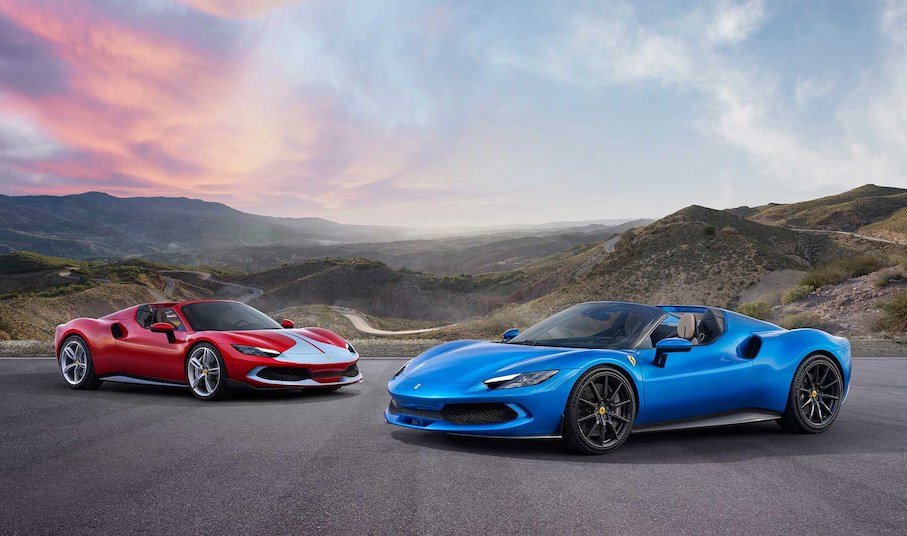 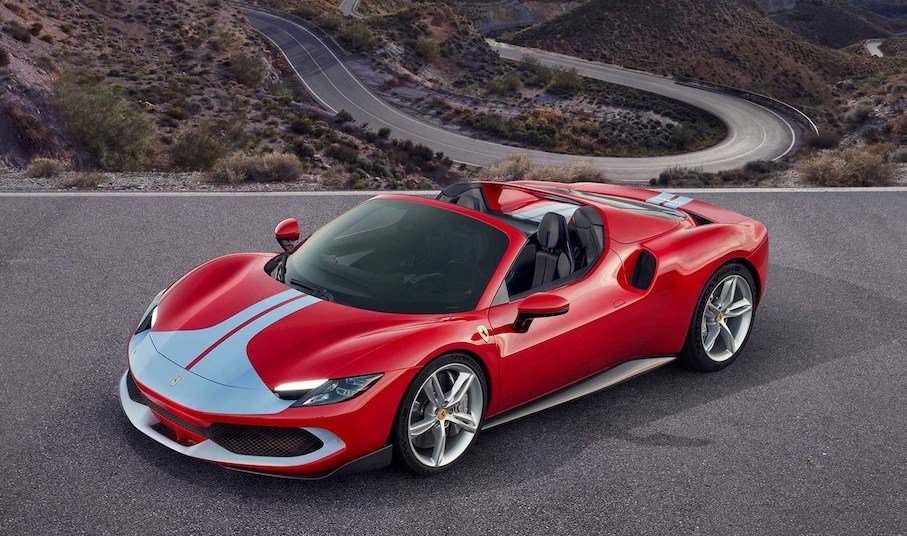 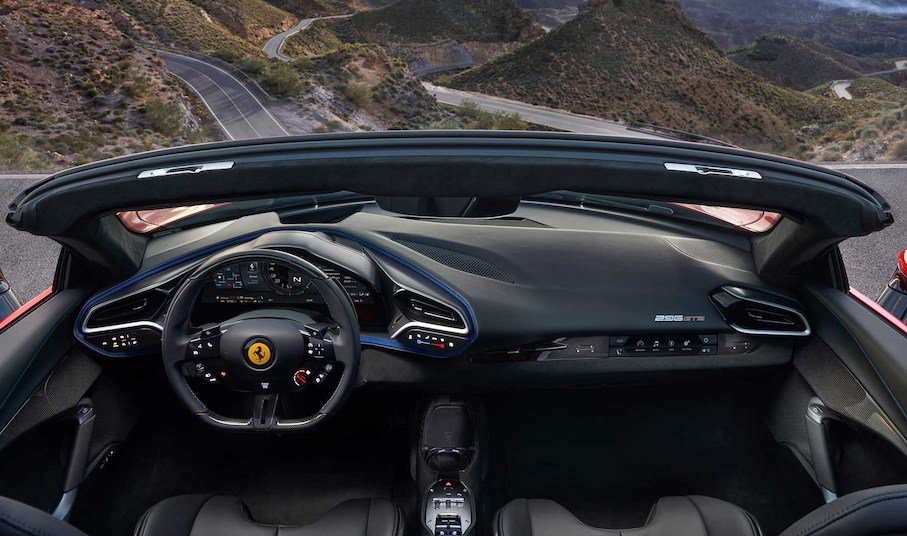 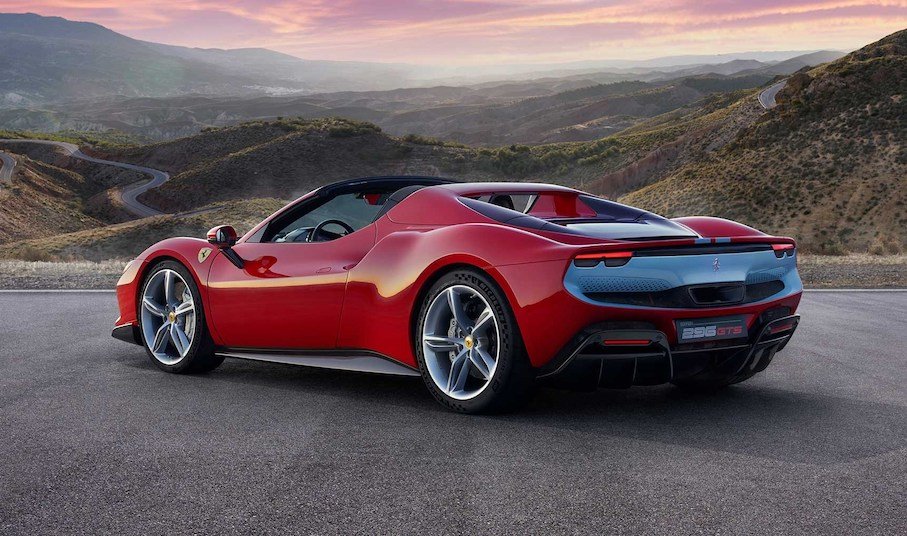 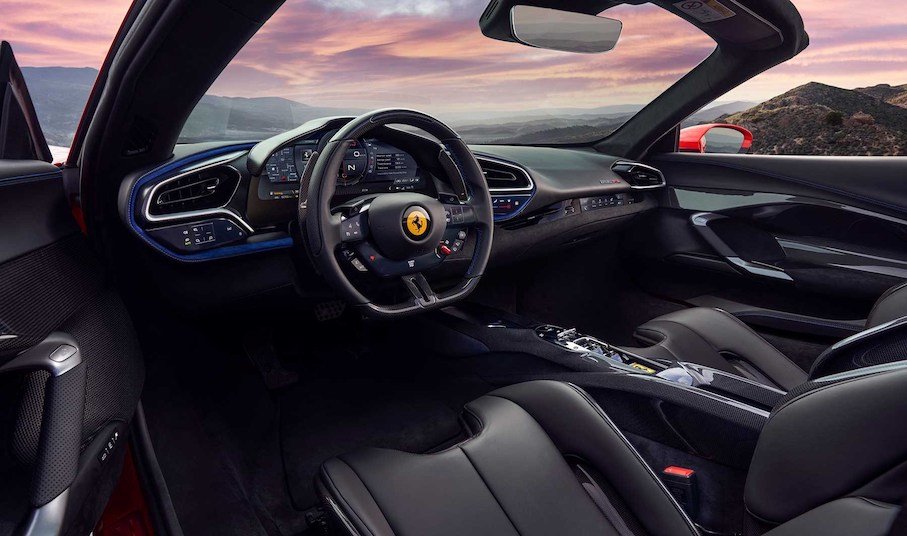 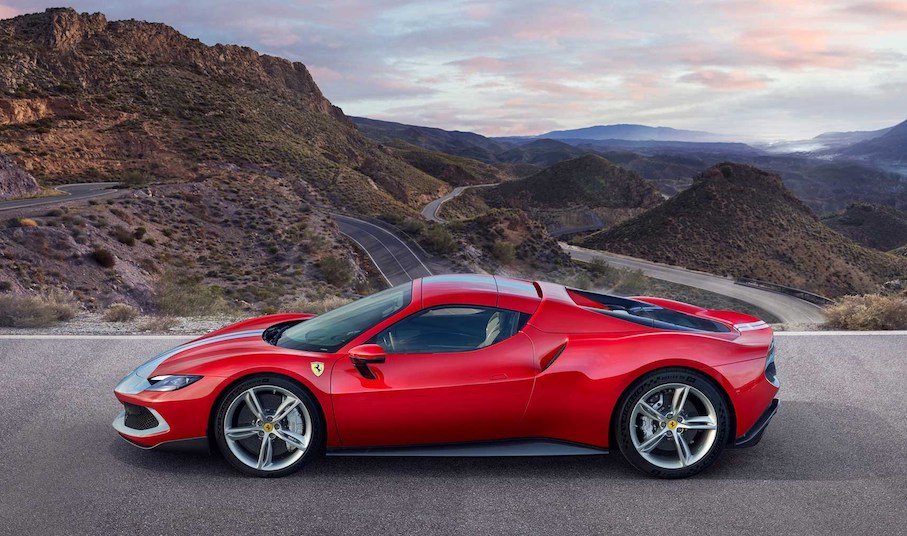 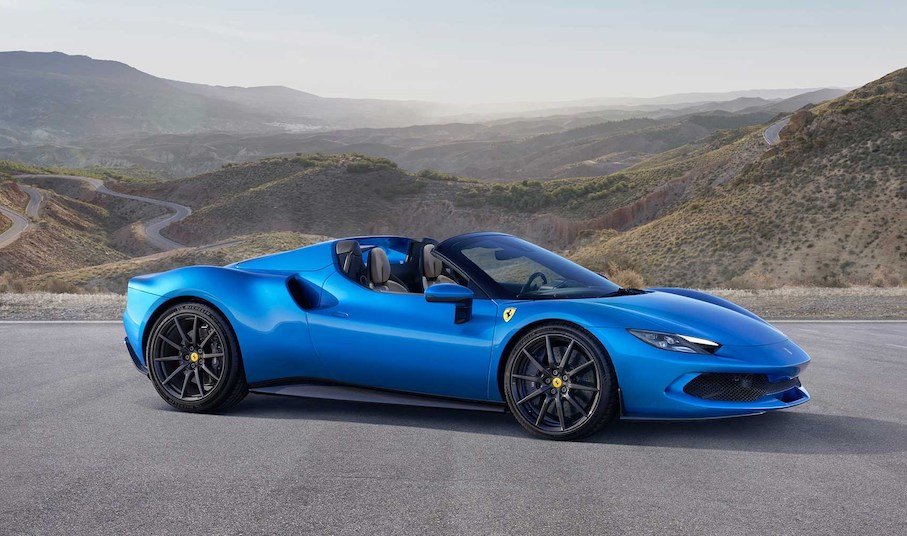 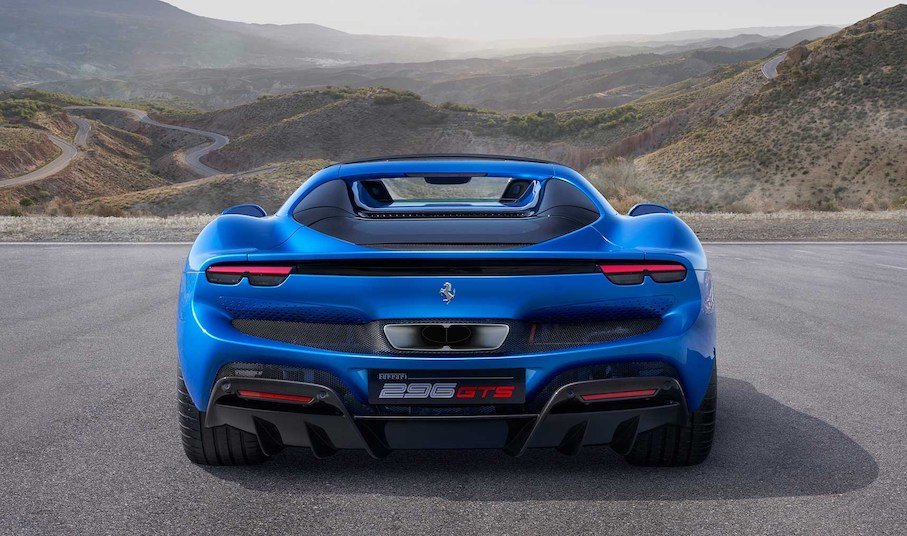 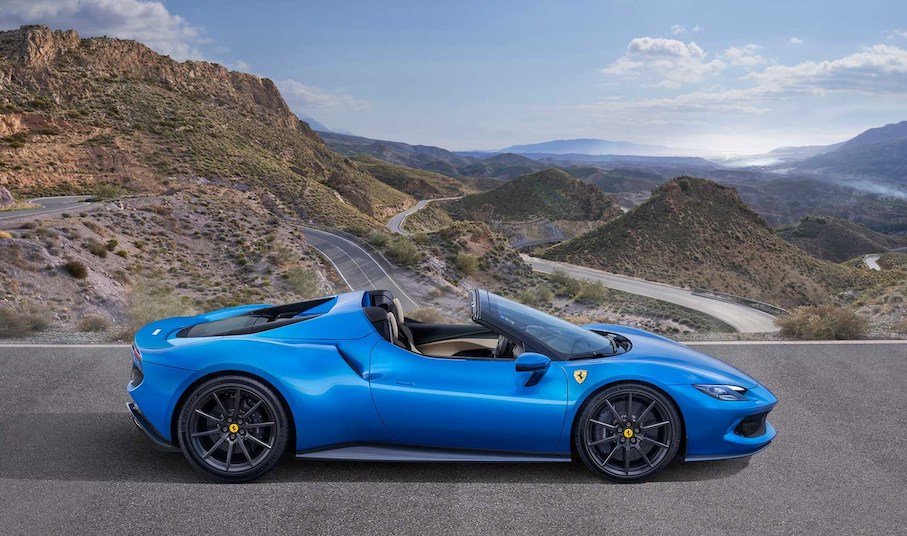 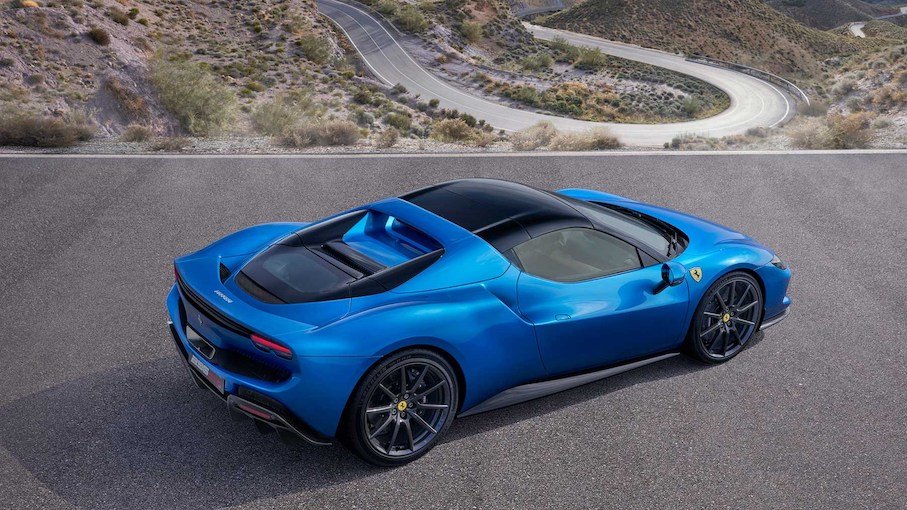 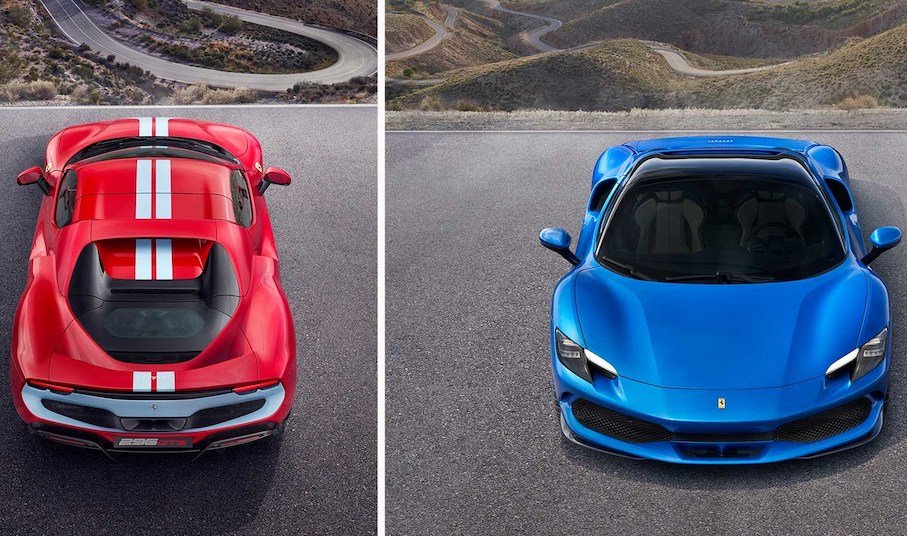 Remember the Ferrari 296 GTB from last year? Well, it just got itself a companion, albeit this time, a fancier one. While the 296 GTB debuted the V6 hybrid set up in the Italian company's ranks, the all-new 296 GTS (Gran Turismo Spider) learns a lot from it offering a ride that's more comfortable, fun, and perhaps a bit more docile.

As the "Spider" name suggests, yes, it comes with a retractable rooftop, so it might appeal to a more niche audience. The rooftop retracts and folds neatly into a compartment next to the engine bay in just 14 seconds and at speeds of up to 30 mph.

Just in case you missed it last time and as a side note, the 296 moniker stands for the car's 2.9-liter displacement and its 6-cylinder 120-degree engine setup.

The car's V6-hybrid combo gives the Spider a staggering 819hp and 546lb-ft. of torque. Of this, the car's V6 ICE contributes the majority with at least 654 horsepower to its name while the electric motor shows up with the remaining 165hp. The motor in conjunction with a 7.45kWh battery can power the 296 GTS for a journey of up to 15.5 miles on their own.

With all this power, the Ferrari 296 GTS can get from 0 to 62mph in just 2.9 seconds and from 0 to 124 mph in 7.6 seconds maxing out at a top speed of 205mph. Of course, thanks to the roof folding and unfolding shenanigans, the Spider weighs a bit more than its hardtop sibling tipping the scales at 3,395 lbs (around 154 lbs heavier).

Ferrari's all-too-popular eight-speed dual-clutch gearbox handles gear shifting duties and sends all the horses to the car’s rear-wheel-drive system. A total of four driving modes (Drive, Hybrid, Performance, and Qualify) are on offer, and Oh! the sound's still as gorgeous as ever.

Apart from the addition of a two-piece folding roof, there isn't much to tell the 296 GTS apart from the GTB. We've got the same minimalistic and futuristic design with large air intakes, extruding muscle wings, an electronically adjustable spoiler, and a large central exhaust at the back.

Similar to the GTB, a transparent glass gives a glimpse of the car's powertrain while a height-adjustable glass unique to the new car separates the cabin and the rear deck in case the roof is tucked away.

The story is quite similar on the inside where the components are pretty much the same between the two cars bar a few meant to compensate for the lack of a “real” roof. The all-new 296 GTS isn't short on safety and performance features either: Side Slip Control, regenerative braking, ABS Evo, and a number of features borrowed from Ferrari’s top offerings make the list.

As an upgrade, buyers can opt for the Assetto Fiorano package which among others promises a slew of weight-saving measures, more carbon fiber components, and a ton of aerodynamic modifications.

Well, what about the price? Unfortunately, not much was revealed in regards to how much the Ferrari 296 GTS will set you back. However, we do know that it'll be more expensive than its $320,000 GTB cousin.

Another work of art from Ferrari. Seeing the GTB and GTS together on track in the coming years will have all eyes on both masterpieces.