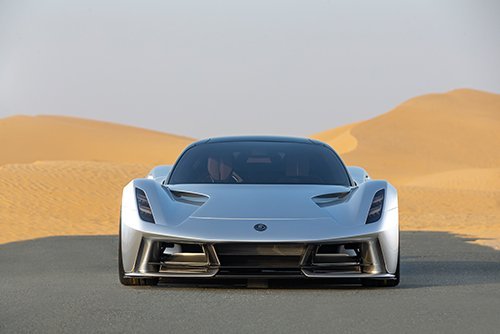 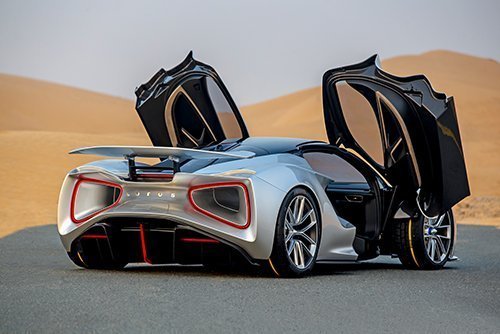 Unveiled in London in July this year, The “Evija”, Lotus’ all-new 2-seater electric hypercar has just had its official unveiling in the United Arab Emirates. This is the car’s first stop on its tour of the Gulf region that the company says will last several days after tours to the United States and Japan shortly after its release.

The car was unveiled at an event held at the Lotus retail outlet in Dubai with a number of top Lotus executives in attendance. The Lotus Evija is designed and engineered in the UK and will be produced at Lotus’ factory in Hethel, a small town near Norwich.

In its press release, Lotus touts the Evija as the World’s most powerful series-production car engineered to provide an outstanding driving experience both on the road and on the track.

The Lotus Evija comes packed with some serious power and has an estimated output of 2000 PS. The car does 0-100km/hr in a time that Lotus reports as “less than three seconds” while doing 0-300km/hr in “less than 8 seconds”. The top speed is electronically limited to 320km/hr.

Design-wise, the Lotus Evija comes with a breathtaking all-carbon-fiber body sculpted with an emphasis on aerodynamics and downforce. Other features include newly developed laser lights at the front and striking oblong-shaped lights at the back.

On the inside, the car features quite a number of new components that include a stunning high-tech dashboard which the company refers to as a “floating wing dashboard”, handcrafted carbon-fiber shell seats wrapped in Alcantara, an F1-style steering wheel, and a floating center console that houses several touch-sensitive buttons.

Lotus will only sell 130 Evijas with each costing a minimum of £1.7 million. Every customer will have an array of customization options available to them ranging from unique body paint and interior trims to an optional metallic personal logo or crest inlaid in the car’s C-pillar.

With the aim of growing its brand in the Gulf region, Lotus hopes that its first all-electric hypercar will help it win over some hearts in a region that has become a battleground for the world’s most famous supercar brands. 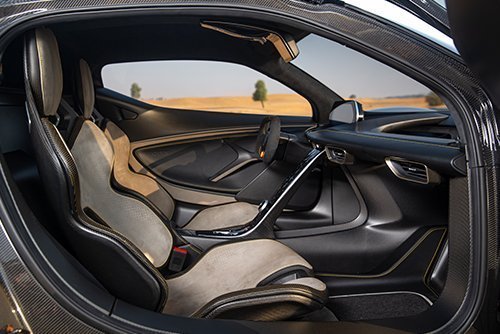 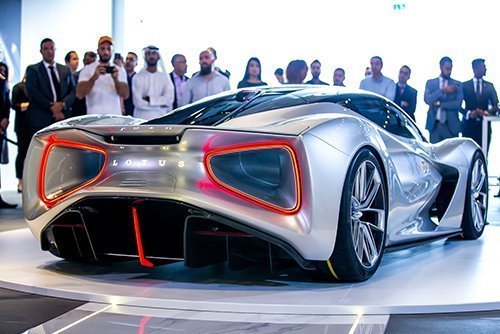