Bugatti Centodieci - Tribute to the EB110 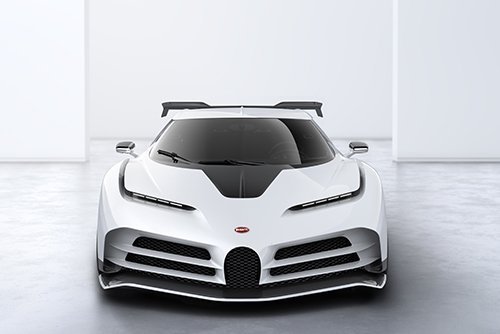 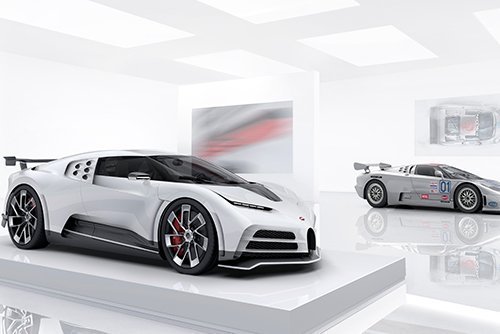 The name Bugatti is associated with exorbitantly priced hypercars, and the company isn’t about to change that anytime soon. In March, the company announced the La Voiture Noire which has the enviable label of the most expensive new car ever.

At Pebble Beach during Monterey car week, Bugatti announced a new hypercar; the Centodieci. According to Bugatti, the car pays homage to the EB110 sports car which made its debut in 1991. The EB110 was named after Ettore Bugatti, the founder of the company. It was regarded as one of the most iconic sports cars of its time. It also boasts of high profile owners like Formula 1 driver Michael Schumacher. Apparently, Bugatti is very proud of the role the EB100 plays in the company’s history. Associating the iconic car with the Centodieci clearly indicates that Bugatti intends to create a certain kind of aura around the new vehicle.

Like most recent models from the company, the Centodieci is a very special car. Unlike the EB100 it takes its inspiration from, the car comes with an 8-liter W16 engine which produces 1600hp at 7,000 rpm. This allows the vehicle to go from 0-100km/h in 2.4 seconds; 200 km/h in 6.1 seconds and an electronically limited top speed of 380km/h. The car is equipped with all-wheel drive and a seven-speed DSG gearbox.

While the car looks imposing and heavy, compared to the Chiron, it has an impressive power to weight ratio of 1.13 kilograms per hp. The liberal use of carbon fiber helped achieve this. In addition to that, it comes with 90kg of additional downforce with the help of the extended front splitter and the airflow through the hood of the car.

Moving away from the performance of the car, the exterior of the car is striking. The display car’s white exterior is a sharp contrast to the La Voiture Noire’s glossy black color. Unlike a number of recent models from Bugatti, the Centodieci actually looks likes a sports car (never mind the signature Bugatti heavy look). The unique narrow headlights with integrated LED daytime running function while getting inspiration from the EB110, clearly have a futuristic look that is sure to catch the attention of any petrol head.

The rear is even more captivating. While the lights have an exaggerated appearance, the double outlet dual exhaust pipes along with underbody spoilers and diffusers have an impressive look. Add the intimidating carbon fiber wing in a contrasting black color, and you have a car that’s difficult to look away from. Perhaps the most notable similarity 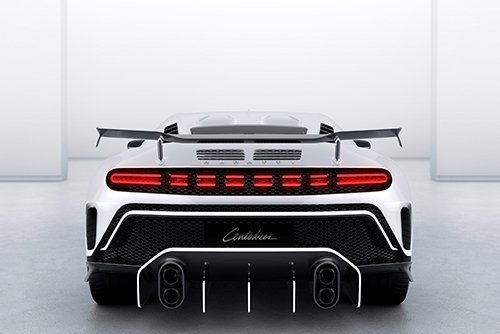 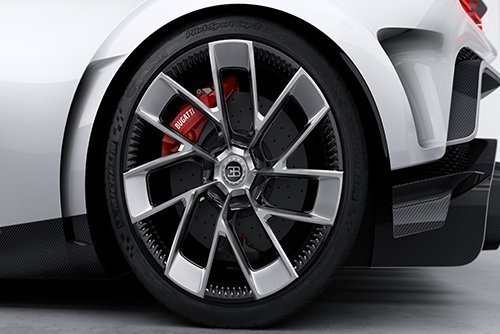 between the EB110 and the Centodieci is the set of five round air inserts shaped like a diamond. These inserts ensure that enough air is taken into the sixteen-cylinder engine.

While the La Voiture Noir was made specifically for one client, ten units of the Centodieci will be produced. If you’re thinking of getting one, you’ll have to wait until one of the ten owners decides to sell one as all units of the car have been sold.