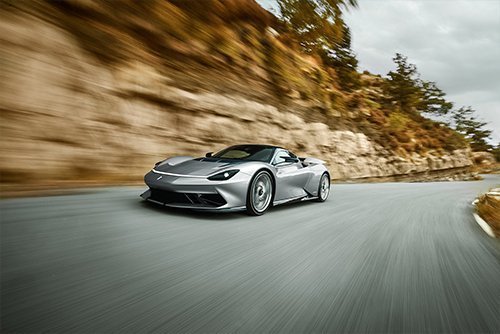 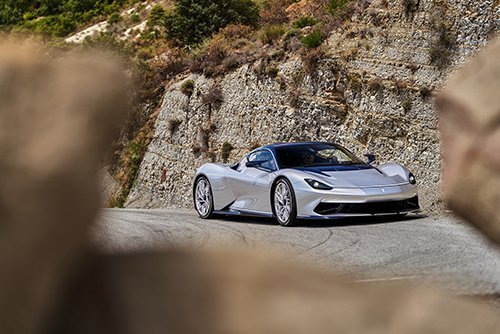 Automobili Pininfarina presented their new Battista recently in Geneva. Since then its been on what you could consider as a world tour. Now, car enthusiasts will see a slightly modified version of the car in Monterey during Car Week. The design house, with roots dating back to the 1930s, apparently made a few changes to the front of the luxury hypercar following testing and the last time images of the car were released.

Notable changes to the front of the car have been made which enhance the aerodynamic look of the vehicle which has former F1 and Formula E driver Nick Heidfeld as the development driver. Nick set the record for the Goodwood hill climb in 1999. His experience with piloting high-performance electric race cars in the Formula E Series will certainly cross over to what is billed as the most powerful road-legal car ever produced in Italy.

Specs for the Battista note that the car, powered by four motors – one for each wheel, will go from 0 – 62mph in less than 2 seconds and 0 -186 mph in just under 12 seconds topping out at over 217 mph. That much energy comes from a T-shaped 120 kWh Li-ion battery pack designed by Rimac Automobili. According to the manufacturer, Monterey is a perfect place to show off the future of the brand’s electric hypercars and its “PURA Vision” design philosophy while showing it alongside designs from the past.

The Rimac powered Battista has a power output of 1,400 kW (1,903 PS; 1,877 hp), is built on a carbon-fiber monocoque chassis and features carbon fiber body panels. According to Automobili Pininfarina, Monterey Car Week is the first opportunity that US clients will have to see the changes in the Battista following wind tunnel tests. The changes now offer drivers over 300 miles of “normal driving” on a single battery charge.

There’s little doubt that electric vehicles are the future. This one just happens to have more style than most. In case you’re wondering, the Battista isn’t sold out yet so hurry up and call your bank manager to make that deposit. You know you want one. 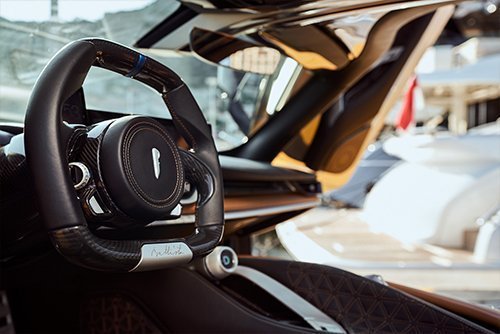 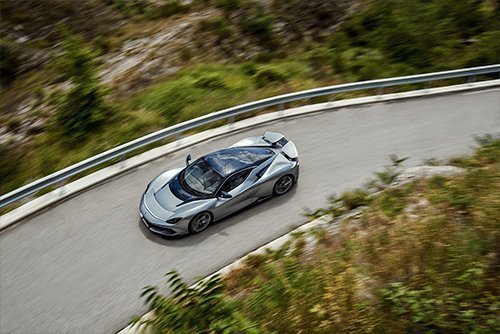