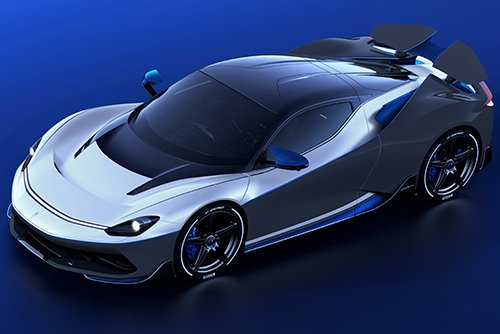 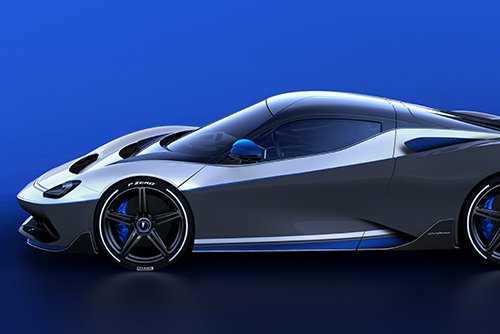 Designed and developed in Italy by Automobili Pininfarina, the all-new Battista Anniversario is an entrant into the electric hypercar segment that the company describes as the World’s first pure electric luxury hypercar and the most powerful sports car to be designed and built in Italy.

The Battista Anniversario is a special edition version of the Battista (released in 2019), built to celebrate the 90th anniversary since Battista Pininfarina created the Pininfarina coachbuilder and design house.

As the company’s chairman Paolo Pininfarina elaborates: “My grandfather always had the vision that one day, there would be a stand-alone range of Pininfarina-branded cars. The Battista Anniversario, named in his honour to mark 90 years of the carrozzeria that he started, is a glorious way to link our past with the future of motoring.”

Just like the standard Battista, the Battista Anniversario comes with four electric motors that together generate a staggering 1900hp and 2300nm of torque, enabling the car to go from 0 to 62mph in just under two seconds.

The car comes with a 120KW battery pack that has an estimated range of 311 miles (500 kilometers).

On the design front, the Battista Anniversario looks just like the standard Battista but with a few revisions ranging from a special rear wing, new aero fins, an engraved chassis plate, headlight engravings, Aniversario scripts on the side wings among a few other bits and bobs added to make it feel a bit more special.

The car’s body and monocoque are both made from carbon fiber which the company says gives the car a strong foundation and backbone.

The Anniversario comes painted in a combination of three colors including: Bianco Sestriere, the unique Grigio Antonelliano, and Automobili Pininfarina’s own signature Iconica Blu.

He goes on to add: “The process of creating such a finish is akin to a great artist completing an Old Master painting. The result is more than just a visual work of art. Styling, balanced with ultimate performance, produces a genuine Pininfarina: the beauty of power and the power of beauty.” 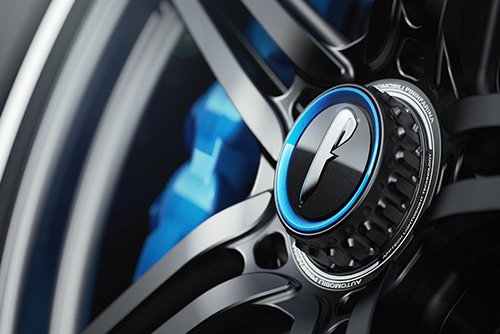 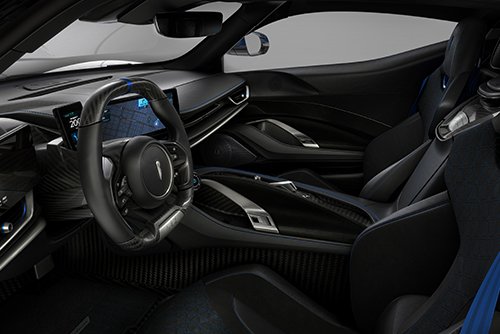 Like any Battista, the Battista Anniversario is also equipped with the ‘Furiosa’ package that basically lets customers add some more bits and pieces to their car, including additional carbon fiber to the front splitter blades and rear diffuser.

For the Battista Anniversario, the added parts will be finished in signature carbon and carbon tinted in Iconia Blu with the car’s pin stripes finished in Bianco Sestriere.

The extra package is not only meant to make the car look more attractive but is also meant to increase downforce and stability at higher cornering speeds.

On the inside, the Anniversario comes with seats finished in “sustainably-crafted” black leather and black Alcantara.

Only five units of the Battista Anniversario will be produced with each costing $2.9 million. Deliveries are expected at the end of 2020.