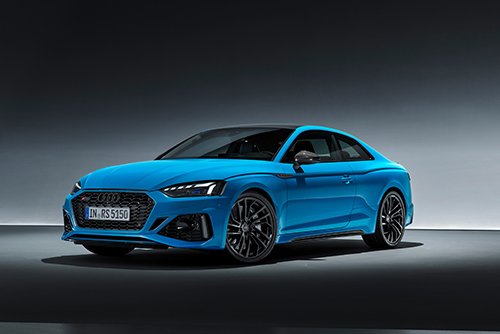 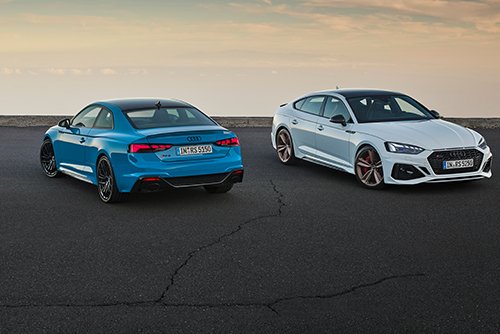 Audi has announced a revision of the RS 5. The carmaker plans to produce a Coupe and Sportback version of the new car.  It comes with a few upgrades such as new NMI touch technology and a massive screen on the central console in addition to an even more aggressive exterior look.

The RS 5 comes with a new streamlined exterior design that is quite easy to spot, even from a distance.  It utilizes a widened and flattened design similar to the RS 6 and RS 7. As part of the re-design, the wheel arches are about 1.6 inches wider, which gives the RS 5 an imposing appearance. Its large contoured inlets have also been revamped with a new pentagonal cut.

Other parts that have been redesigned by Audi are the diffuser insert and the side sills. Audi has heavily utilized gloss black, matt aluminum, and carbon styling on the side sill and diffuser to give the new RS 5 a unique look. In the Coupe, Audi utilizes a carbon roof that helps to reduce the overall weight by 8.8 pounds.

Dark colors and horizontal lines dominate the car’s interior cabin. There is also extensive use of Alcantara and leather. Nappa leather is available as an upgrade. The selector lever, kneepads, and steering wheel are all covered in Alcantara with gray or red stitching to add contrast.

The powerful engine is mated to an eight-speed Tiptronic transmission, which delivers power to all wheels. Gear changes can be done via the new large aluminum shift paddles. The optional sport differential for the rear axle makes handling smoother. 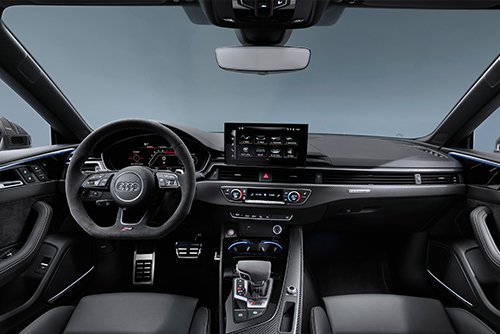 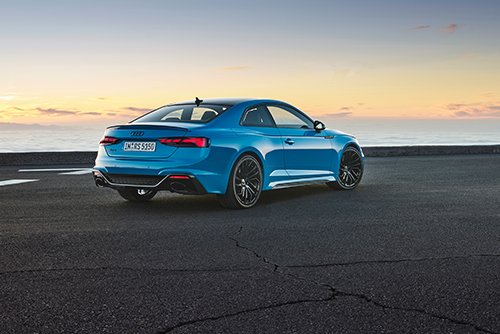 Both models come with RS sport suspension as standard. Buyers have the option to upgrade to the RS sport suspension plus that comes with Dynamic Ride Control hydraulic roll as well as pitch stabilization. The suspension utilizes steel springs and adjustable three-stage dampers that are connected via diagonal oil lines and a central valve. During cornering while driving at speed, these valves regulate oil flow in the damper of the front wheel at the outside of the curve. They help to reduce the risk of pitching and rolling, which improves the handling of the car.

The RS 5 comes with 19-inch wheels as standard. Drivers can upgrade to the optional 20-inch wheels. In the standard brake system, Audi utilizes steel discs and calipers painted in red or black. Audi also offers optional carbon-ceramic brake discs for the front axle with calipers in one of three different colors.

The sale of the new RS 5 is expected to commence soon in Europe at a starting price of EUR 83,500. Audi fans in the US market will have to wait a little longer to get their hands on one.