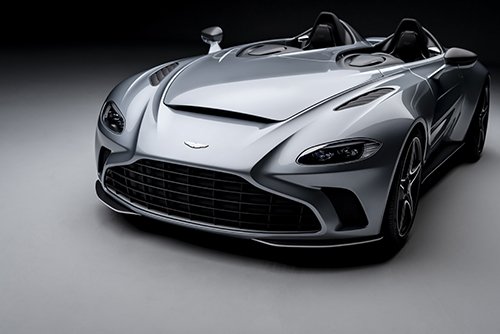 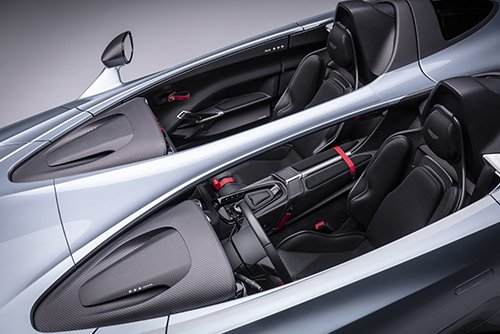 Touted as a puristic limited edition for the most demanding drivers, the new Aston Martin V12 Speedster is upon us. The car was unveiled at an event held at Aston Martin’s Gaydon headquarters in Warwickshire, England.

Designed and developed in a period of just 12 months by the company’s Q bespoke division, the car looks like something straight out of a sci-fi movie, as it comes without a roof or windshield.

Speaking about the car’s outlandish design, the company’s CEO Dr. Andy Palmer had this to say: “It makes me enormously proud to reveal Aston Martin’s latest, most exciting special model today.”

He adds: “The V12 Speedster is an incredible demonstration of the breadth of capability and determination from the ‘Q by Aston Martin’ team, who have worked tirelessly to create this stunning, two-seat sports car aimed at our most demanding and enthusiastic customers.”

Just like many supers cars today, the Speedster is built from carbon fiber materials with the car’s design team taking inspiration from some of the company’s old cars, most notably the 1959 Le Mans winning DBR1, and some of the newer ones like the CC100 Speedster concept car that was designed in 2013.

Interestingly, the car is also inspired by fighter jets and as the company’s Design Director Neil Nurnberger explains, it is the reason they chose a V12 engine over a V8 as they wanted to deliver absolute maximum performance.

Still about the engine, the Speedster comes with a V12 5.2-Litre twin-turbocharged powertrain that produces an impressive 700 horsepower and 753 nm of torque.

The mid-mounted all-alloy, quad cam 48-valve engine is mated to an 8-Speed automatic transmission system with a limited-slip differential powering the rear wheels, a combination that enables the Speedster to race from 0 to 60mph in 3.5 seconds while maxing out at an electronically limited top speed of 186mph.

Commenting about the car’s performance, Aston Martin’s Chief Engineer Martin Becker elaborates: “for raw, driving thrills the V12 Speedster is unparalleled, the fully open element of the car adding a new dimension to the experience. It engages on every level, delivering a precise, involving driving experience, with agility and poise backed by abundant power from Aston Martin’s twin-turbo 5.2-litre V12. Driving doesn’t get any purer than this. 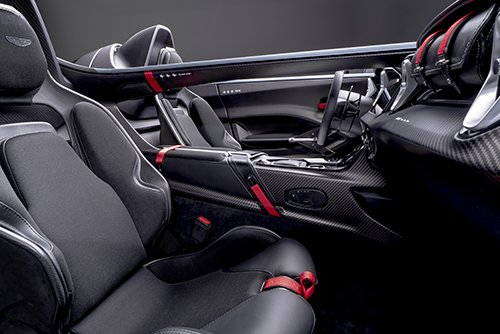 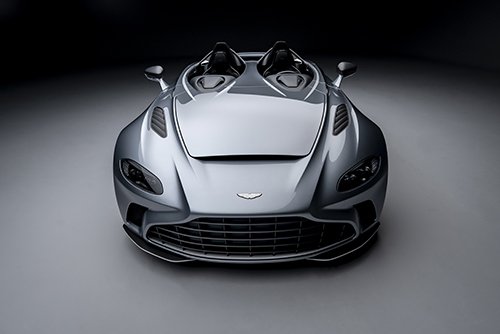 The interior of the Speedster comes with a mixture of materials that range from satin carbon fiber, saddle lather, 3D printed rubber, chrome, and aluminum. Included in front of the passenger seat is a removable leather bag that replaces the standard glove box. There’s also extra luggage space added under the car’s rear bumps.

Aston Martin is offering buyers a chance to have a conceptual specification livery that is created by the company’s ‘Q by Aston Martin’ design division in collaboration with Boeing added to their cars.

The conceptual specification package has an aviation theme based on the F/A-18 Hornet fighter jet and is finished in Skyfall silver contrasted by satin black dual exhaust tips, vent grilles, and vanes. The interior combines black leather and carpets with red door pulls.

Only 88 pieces of the V12 Speedster will be produced with each costing at least $950,000. Delivery is scheduled to begin in the first quarter of 2021.