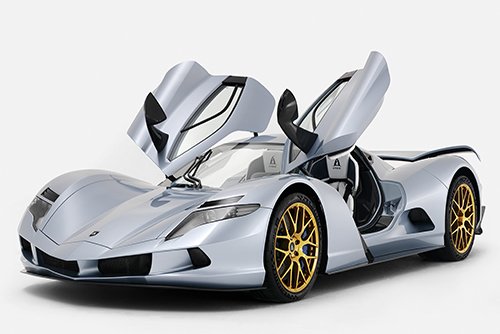 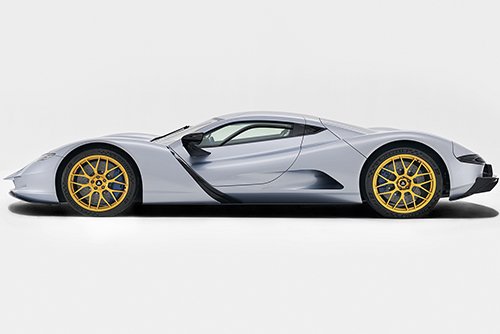 The production version of the Aspark Owl was revealed on the 12th of November at the Dubai International Motor Show. The car’s exterior looks quite impressive, and it is equally impressive under the hood (perhaps more so). Most of the components in this hypercar, including the chassis and body, are made of high-quality carbon fiber. One gets the sense that the hypercar market is getting crowded, but that doesn’t seem to be stopping the manufacturers.

The Powertrain and Performance

The car features four Permanent Magnet Synchronous Motors that deliver 2012 horsepower and a torque of 1475 lb/ft. These motors are the most powerful in any electric vehicle in production today. To put things in perspective, the motors deliver close to three times more power than a Formula-E car and twice as much power as Formula 1 cars. Aspark also claims the fastest RPM in the world at 15000 RPM, but we need to check the record books to confirm that. The car can accelerate from 0 to 60 MPH in 1.69 seconds, and it has a top speed of 400 km/h. You can be forgiven if hearing those numbers alone make you dizzy.

The Aspark Owl has been fitted with a unique battery system that can deliver a range of up to 450 KM on a single charge. This Lithium-ion battery has a capacity of 1300 kW. It is possible to charge it in 80 minutes using a 44kW system. Another important feature of the battery is the monitoring system. This system is continuously monitoring each cell to prevent hazards like over-discharge, over-charge and over-heating.

One of the most noticeable features is the exterior mirrors, which feature a camera. Not only do these mirrors make the car look more elegant, but they also help to improve airflow while boosting safety. The vehicle also comes with an active rear wing that can be operated both manually and automatically. At speeds above 150 km/h, the wing comes out automatically to increase the downforce and maintain the car’s stability. Additionally, it improves cornering performance and safety.

The Owl has an exquisite interior that feels quite modern. It features elegant lines that run along the passenger and driver sides, closely matching the exterior design. The control switches are fitted at the top to give the impression of being in a cockpit. Who knows; perhaps the next version will be able to fly. 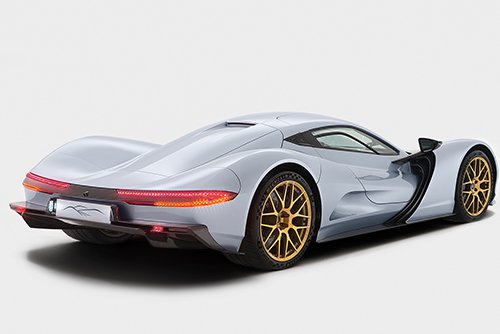 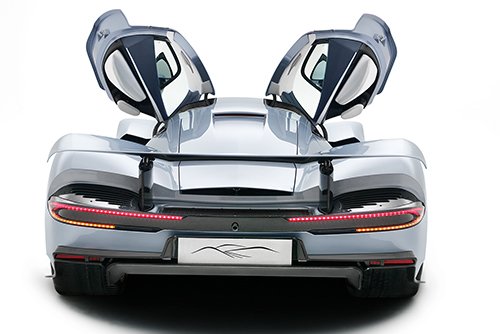 The Aspark Owl is fitted with a Carbon monocoque chassis that is made of high-quality CFRP materials, which help boost its stiffness. The chassis is quite light and weighs just 120 kg. The body is equally impressive. It is made of high-end CFRP materials that are incredibly light and stiff; it weighs 180 kg. To boost the safety of the cabin, the carbon roof is reinforced with stainless steel frames.

Aspark will only produce 50 of these cars. Each vehicle will be fully customizable, and the company plans to make each vehicle unique.

It appears there’s a new hypercar announcement every other week, and it’s tough to keep up. The Owl does leave an impression though, as it’s the first Japanese all-electric hypercar, and with those numbers, it’s definitely drawing a line in the sand.