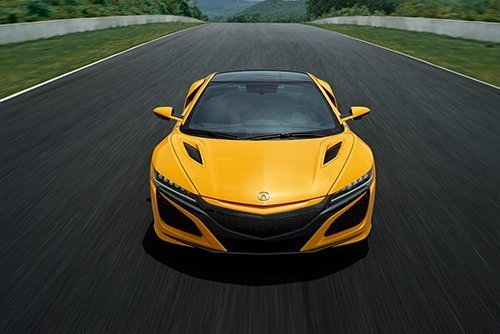 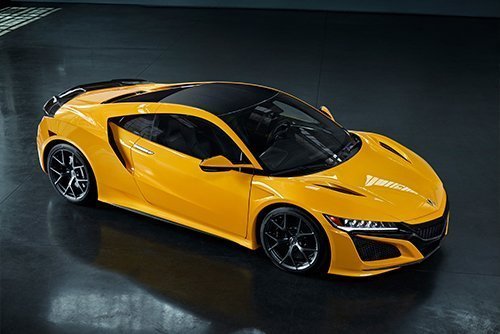 The new 2020 Acura NSX is making more news following the company's recent release of images and specs. Acura will debut the NSX sporting a new addition to its Heritage Color line. Indy Yellow Pearl will adorn the new 2020 NSX during Monterey Car Week. The color choice is a throwback nod to the original “Spa Yellow” which was offered on the 1997-2003 NSX models.

Color has long been part of the NSX model line, and the 2020 version is no different. According to Acura, Indy Yellow Pearl pays homage to Spa Yellow as being “one of two yellow paints offered on the first-generation NSX, and will join Berlina Black as an available heritage color for the 2020 model year.” Available colors listed on the Acura website also include Curva Red, Casino White Pearl, Thermal Orange Pearl, and more.

The 2020 NSX features a Sport Hybrid SH-AWD® power unit, hybrid powertrain with a bespoke twin-turbocharged 3.5-liter V6 engine and three electric motors assisting the engine with instantaneous electric torque. Combined numbers add up to 573 horsepower and a maximum total System Torque of 476 lb-.ft66. It’s a neat combination of power distribution as the front wheels are mechanically independent of rear power unit components with the electric motors (Twin Motor Unit) while the rear wheels make use of the twin-turbo V-6 and a third electric motor.

The company also states that the top-speed for the 2020 NSX comes in at 191 Mph. And, if you hit the shift points with the car’s 9-speed dual-clutch transmission, you should be able to go from 0 to 60 mph in about 2.7 seconds on Signature Y-Spoke wheels with Continental SportContact™ 3.5-liter tires which come standard.

The 2020 NSX specs show an “advanced, multi-material body and aluminum-intensive space frame, enabling ultra-high rigidity, compact packaging and outstanding collision safety performance. Each of the cars will be “handcrafted” at Acura’s Performance Manufacturing Center (PMC) located in Marysville, Ohio. Not bad for a supercar coming in at an MSRP of under $160,000. But you can easily increase that amount with additional add-ons that Acura has available to buyers. Everything from paint colors to brakes – and brake caliper colors – as well as exterior trim, can be customized.

During the Monterey event, supercar lovers will have a chance to take in the new NSX alongside its racing sibling which is the NSX GT3 Evo race car which is a constant frontrunner in the IMSA GDT Series. The two cars are not that far apart as they share around 80 percent of their parts. Both cars are built at PMCenter in Marysville starting with the same aluminum spaceframe. The race cars then head to J.A.S. Motorsports in Milan, Italy to be finished.. 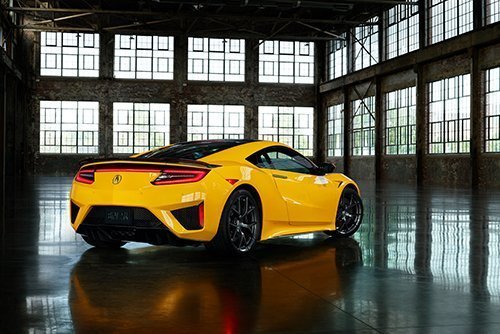 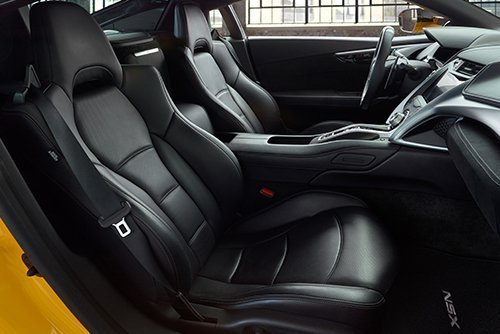 The main difference comes under the panels. The racing version of the NSX loses the electric motors but recovers some of that power loss with a boost to the turbos with upgraded bearings and propellers for 550 hp and 475 pound-feet of torque. Also, since the all-wheel-drive disappears when you remove the three electric motors, the racing NSX becomes a rear-wheel-drive car. Engines for both the street supercar and the racing version, are assembled by hand.

Exterior differences include a larger front cooling intakes, underbody diffuser and an enormous rear wing on the GT3 to enhance aerodynamics.

Acura is currently taking orders for the 2020 NSX, with the first units scheduled for delivery in November. If you want to start a race team (or perhaps enhance your fleet), you can get your name on the list for the NSX GT3 Evo race car. The racing version is priced around $525,000 while the street version has a starting MSRP of $157,500.