Why the French GP 2021 was Amazing 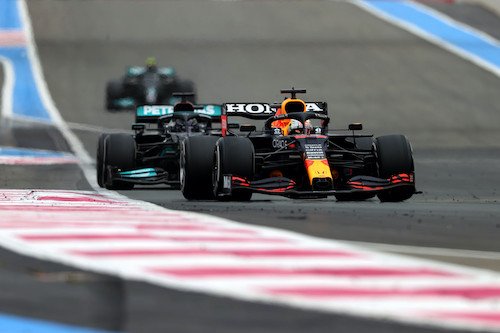 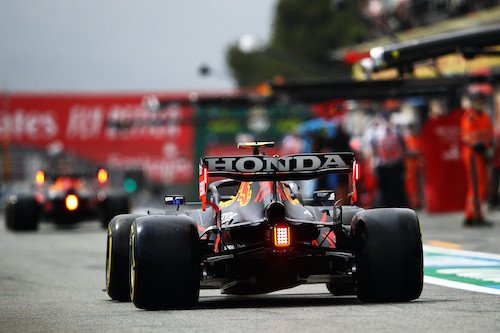 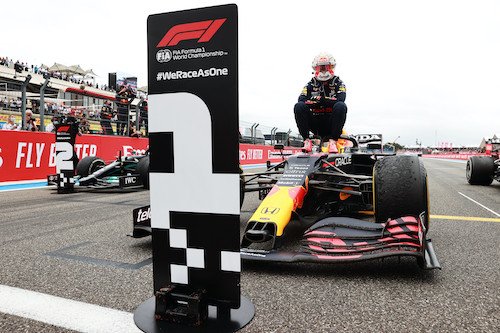 Formula One is going through a transitional year in 2021 before the raft of changes for 2022. The dream of close racing, overtaking, action, and 90 minutes of entertainment is the carrot that F1 has chased for a long time. Cost caps, development freezes, regulation changes, and working groups of experts looking into reducing the aerodynamic effects are just some of the steps taken to "improve the spectacle." Yet the thrilling French Grand Prix demonstrated a simple answer staring the sport right in the face; alternate strategies.

Fans seem unanimous in their praise for the 2021 race at Paul Ricard, with some, including myself, considering it the best race of the season. In comparison to the various recent "classic races," though, France was a dull affair. We had zero retirements, no red flags, a bone dry race track without the threat of rain, and the safety car stayed in the pit lane. I think we fans had forgotten that a great race does not need unpredictability for F1 to provide us with gripping viewing.

Think of the best races of recent years, and you'll undoubtedly come up with some of the following; Azerbaijan 2017, Germany 2018, Germany 2019, Italy 2020, Turkey 2020. If you stop and think about why these are considered the recent highlights, it will boil down to the unknown and surprise elements. Let me refresh your memory.

In 2017 at Baku, we saw championship protagonists Lewis Hamilton and Sebastian Vettel tangle with each other under the safety car. Both men had to visit the pits for unexpected reasons leaving Daniel Ricciardo to win and Valtteri Bottas and Lance Stroll to have a drag race for P2. A surprising finish thanks to factors like a loose headrest and safety car road rage that would be completely unknown before lights out.

For both German events and Turkey, the rain introduced the variable of a slippery surface and wild unknowns for every driver on the grid. In 2018, it was Vettel crashing out of the lead (and the championship), and Hamilton's 50-second pit stop in 2019 both were massive surprises at Hockenheim. For Turkey, the rain exaggerated an already ice-like track surface to give us a first-time pole-sitter. On Sunday, we saw leaders sliding off the track and Hamilton flanked by two drivers you could not have predicted.

And finally, Monza last year saw the first new winner from outside the "big three" of Mercedes, Ferrari, or Red Bull since the turbo-hybrid era began. A bizarre series of events and uncharacteristic mistakes had Pierre Gasly take the win from a chasing Carlos Sainz – two drivers who had no right to be fighting for victory.

Now, compare these to the French Grand Prix. The race winner started the race in pole position. The podium saw the two teams we would expect to see up there claiming the silverware, too. And the top two places were filled by the top two drivers in F1 right now. And yet, we were at the edge of our seats for the duration of the race! From the moment Max Verstappen dove into the pit lane from the lead of the race, the remaining laps became unmissable minutes of the 2021 championship battle. 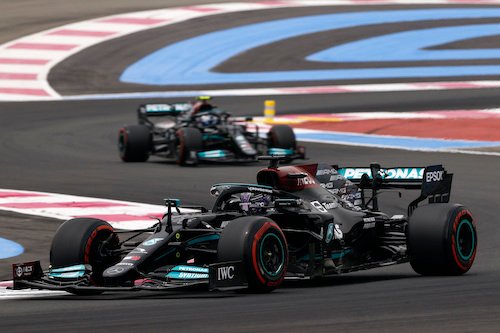 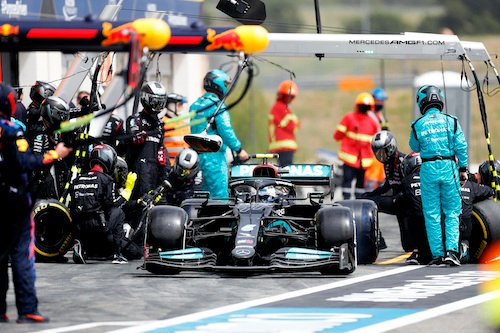 Although there were echoes of Hungary 2020 and Spain 2021 in France, with a driver at the front trying a contrary strategy, this was different as one of four drivers might've won depending on their rivals' decisions. By the chequered flag, it was clear that a two-stop strategy was within a few seconds of a one-stopper, and that is the key point for what made France great; strategic options.

After over 300 kilometers of racing flat out for 90 minutes, the top two cars were separated by under 3 seconds despite choosing entirely different strategies. Those are the fine margins that make F1 what it is. To put that differently, Hamilton lost out by being 0.05% slower than Verstappen over the race distance. With so much time and resource and so many intelligent minds being in place to create car regulations for 2022 to "increase the spectacle," I'd say France gave a display that all of us would welcome at every Grand Prix. All without spending a penny.

It is clear to me Formula One needs to consider how to make split strategy racing become the norm, not the exception. That might be through Pirelli choosing to bring tire compounds that could run a one or two (or three) stop strategy at a similar pace or mandating the teams or drivers to run different pit stops or use all three tire compounds. I feel there is an answer right there.

Of course, the closer racing that we may see in 2022 and beyond thanks to the regulation changes are welcome, too, but could we see improved racing this year anyway? With the hoops involved in passing anything like what I suggest for enforced split strategies... no we won't, but hopefully trying alternative pit stop methodologies will become more commonplace as the year goes by after France. The 2021 French Grand Prix reminded me how good F1 can be without any surprises being necessary. The only shock to me is how much I've fallen in love with the sport all over again.