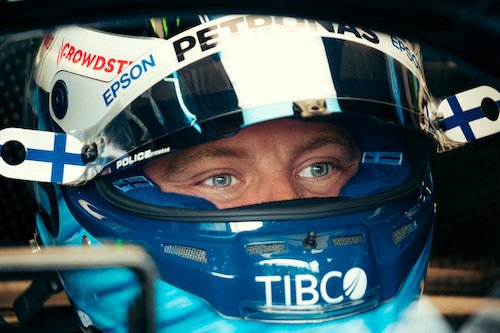 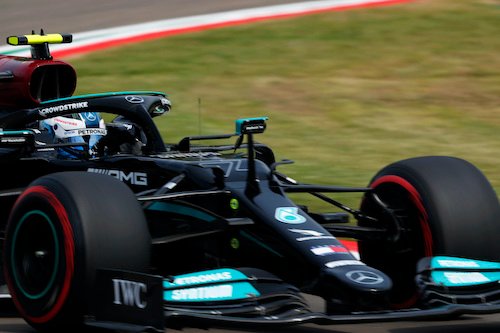 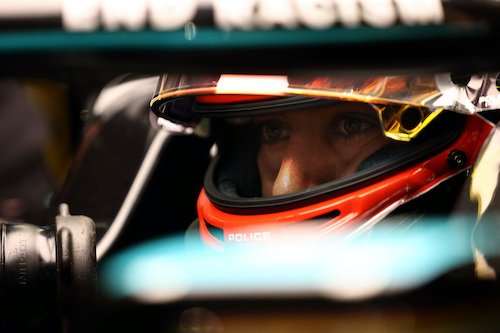 As Formula One moves away from the Emilia Romagna Grand Prix, the finger-pointing from fans in the wake of the George Russell and Valtteri Bottas incident continues. Should Bottas have left more room, or was Russell too aggressive in trying to overtake? And where is the onboard footage from the Mercedes to show us Valtteri's steering wheel movements?

Regardless of who is to blame, this sort of debate is healthy for F1. Bernie Ecclestone used to put out ridiculous press releases to keep the sport in the public eye when he captained the ship. But with the advent of social media, fans keeping the discussion alive many days after the chequered flag fell helps Formula One establish a midweek presence that it couldn't ordinarily do by itself. Fans arguing over a flashpoint moment like this extends the sport's reach, which can only be a good thing.

But away from the blame game, the Russell/Bottas incident has longer-term beneficial reverberations for F1, too. There is now a public rivalry between a driver Toto Wolff manages and a driver that Toto Wolff employs, with both wanting to drive in the team that Toto Wolff partly owns. The implications are potentially seismic for the 2022 Mercedes driver lineup. While this mini-crisis creates a headache for Toto, it lays the seeds for a mouth-watering 2021 plotline for us fans.

As far as champion-grooming goes, Mercedes seems to have struck gold by signing Russell to their junior driver program. He's undeniably talented in a car and presents himself elegantly off track with both his appearance and PR-friendly answers to keep any sponsor happy. But there was a completely new side to Russell in the seconds and hours following his crash at Imola.

My initial thoughts on seeing Russell walking over to the destroyed Mercedes was that George was looking out for his fellow driver. I promptly dropped that naive thinking from my head when Russell slapped Bottas's helmet. Hilarity at the handbags-at-ten-paces aside, even the slightest of external forces on somebody who just survived a 180mph smash is not advisable. This behavior was not sensible, in particular when it came from the new director of the GPDA.

Let's take the element of shock out of the equation as we consider George Russell's involvement before and after the incident. Irrespective of which driver you blame for the coming together, Russell's move was daring. With DRS open on a slippery track against a superior car, albeit with colder tires, a lot had to go right for Russell's move to work. 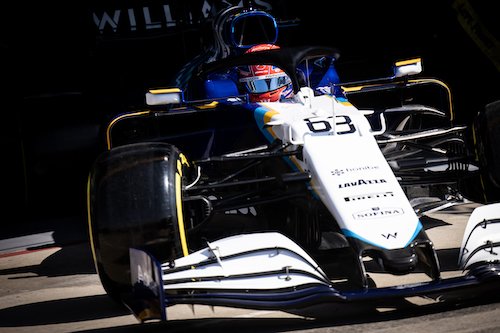 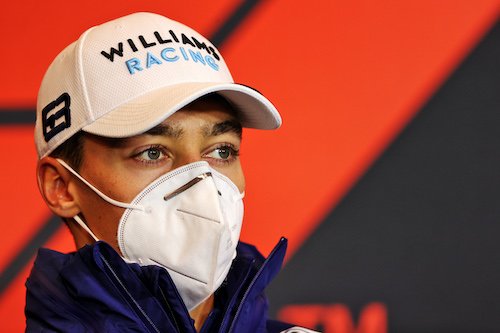 In Russell's interviews, he rightly called out Bottas for being so far down the pack. After all, Valtteri was about to be lapped by teammate Lewis Hamilton before the race had reached its halfway point. We know that, Bottas knows that, and the rest of the grid knows it too. However, an out-of-place car is no justification for a collision. Switch the Mercedes for an Alfa Romeo, and it doesn't make the crash any more rational. So why did Russell bring it up?

For me, Russell's comments were a clear jab at the man he is frustrated at for occupying the seat he believes he should have. George's words imply that he wouldn't be racing for 9th place if he were in the Merc. Russell's storming drive at the Sakhir Grand Prix may suggest he's right, we can't know that for sure.

What I do believe, though, is that Russell raced Bottas harder than he would have raced that aforementioned Alfa Romeo. It's not often he'll find himself occupying the same strip of asphalt as Bottas this year, so he saw the slightest opportunity to show up his rival and pounced on it, no doubt selfishly thinking in the long-term. A superb overtake on his 2022 seat antagonist would benefit him for that Mercedes drive. Williams are a little stronger than in recent years, but still, points this year are no certainty. Russell was racing in tenth place, and a selfless short-term mindset should be to protect that solitary point he was on to score.

In choosing to go for the overtake, Russell laid his cards on the table. His primary interest is not to help his current team. He's looking out for himself and wanting the world to see that he should be driving at the front. While I'm sympathetic to his cause in wanting a faster car, bringing home points for Williams could mean millions in prize money, safeguarding the team. With half the race still to run, a little patience could've yielded a lot of reward. His resentment towards Bottas cost Williams big time.

Also, consider Russell's "assault" on Valtteri's helmet in the aftermath. Yes, Bottas flipped him off as George unleashed angry words at the Finn. But can you imagine Russell marching over to Lewis Hamilton, spitting venom from his mouth and laying his hands on the current world champion? But it's not Hamilton that Russell is seeing unworthy of a drive at the championship-winning constructor.

Russell has since apologized for his actions and words. But that crack in the otherwise squeaky clean façade has exposed the depth of irritation beneath. It's a genie that's out the bottle, and it can't go back in. Russell must be on his best behavior to keep on Toto's good side should he want that 2022 promotion. But for us viewers, it's another subplot in the 2021 season that is already heating up nicely. I do believe it's going to be a great year in F1, folks.