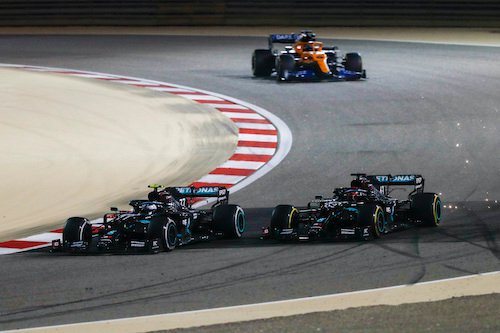 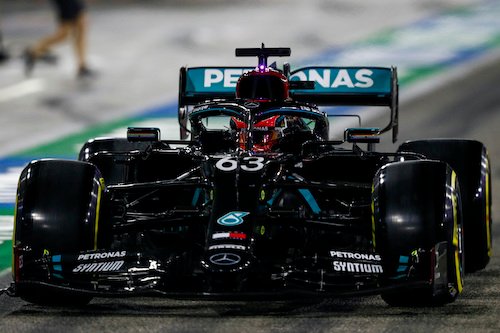 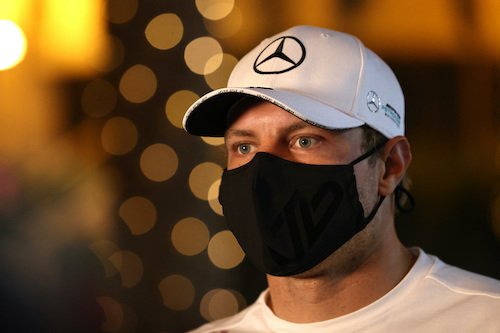 As Formula One approaches its annual silly season, one very familiar story has sprung up again. The old chestnut that George Russell is seemingly set to replace Valtteri Bottas at Mercedes for next year. Sky Sports Italy are publishing the rumor this time around, but with 2021 being the third year the Russell to Mercedes move has been pushed, is this going to be another 'Boy who cried Wolff', or is Valtteri's time finally up? Well, even this patient writer is fed up with waiting for the inevitable. It's high time Russell got the nod.

It wasn't so long ago that many fans, myself included, were itching to see Bottas in a Mercedes, not out of one. The Finn replacing Nico Rosberg following the 2016 champion's shock decision to retire was 'the' story of 2017's winter break. Bottas was in the right place at the right time, with Williams buddying up to Mercedes as an engine customer.

Back then, Valtteri had started grabbing podiums and regularly outperformed his highly respected teammate, Felipe Massa. There is already a lack of F1 seats, meaning many talented drivers never make it to the top level. Even so, making a top drive once there is like finding a tiny needle in an F1 Motorhome-sized haystack. Bottas ascended to the high table by merit of those fast Williams drives while many around him would never make that final step up. The move looked like a once-in-a-lifetime opportunity then, and even more so now.

Bottas is enjoying his fifth year racing for Mercedes, and in those years, he has helped the Silver Arrows take the Constructors' Championship every year. However, when Mercedes makes a car as dominant as they do, the teams' title should be the minimum expectation.

Some would go as far as suggesting the German manufacturer won some of those titles in spite of Valtteri. The Finn certainly has never maintained any serious solo challenge for the Drivers' Championship as his predecessor repeatedly did. Yes, there's been more than a fair share of bad luck for Bottas, but at some point, over five seasons, using misfortune as an excuse doesn't cut it.

So, let's be frank. Valtteri has had more shots at taking the crown than most drivers who make it to F1. He's never got close, despite having the right machinery to do the task. We get frustrated at the lack of opportunities for junior drivers to make it to the top-level thanks to journeymen pilots not moving on. We should be equally as angry at good but not great drivers like Bottas preventing their peers in inferior cars from proving their worth.

Three years ago, the idea of Russell jumping into the Mercedes seat would seem unfair on a Valtteri Bottas who hadn't had the chance to shine. Fast-forward to today, and that doesn't hold water. Russell is now the one who hasn't had his time in the hot seat. Like Valtteri before him, the young Brit has spent multiple seasons at Williams, but an unrecognizable Williams from the Bottas years. Points aren't a possibility for the Grove-based team, let alone podiums. 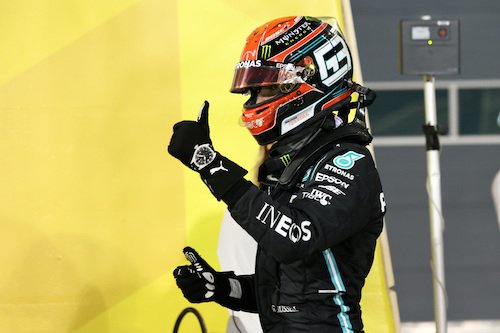 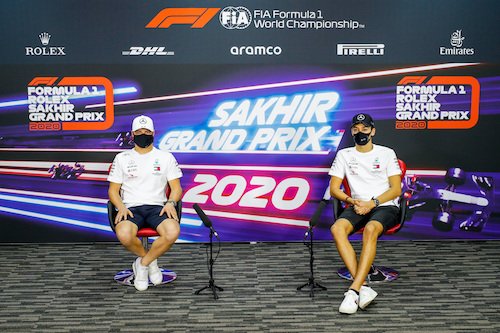 I don't think fans nor Russell would feel the same urgency to get the Mercedes promotion if he could enjoy his race weekends. Languishing down in P16 isn't the just reward for a man of Russell's Formula 2 title-winning credentials. His Sakhir Grand Prix cameo last season demonstrated that he could step into the Mercedes team and get straight into business.

If Russell could speed past Bottas with a handful of hours in the car, what sort of pace could he show with a full season? Well, that's the question that's impossible to answer. He might be way off the pace of Lewis Hamilton and do no better than Valtteri. But if he does no worse, then there's no harm for Mercedes, right?

The 2021 season shows that Mercedes desperately needs two drivers capable of extracting the most from the car to retain the constructors' crown. Red Bull leads the standings and based on Monaco and Baku, they're going to take some beating.

If Max Verstappen beats Lewis Hamilton to the drivers' title, Mercedes will want to make damn sure they still walk away with the teams' championship. As a constructor, it's more important, despite fans focusing on the drivers' table. With Bottas struggling away with his worst opener to a season since joining Mercedes, it's showing he's not the man to bolster the Merc lineup. So why not Russell?

In George Russell, Mercedes also has a point of shame. The driver is a long-term member of their driver program, but unlike rivals Red Bull, Mercedes have never promoted a driver to the top team for an entire season. If this is not Russell's moment, what is the point of having a junior scheme at all? Should Mercedes not take up the youngster now, he'd surely need to consider whether he wants to remain affiliated with the German manufacturer. How poor would Mercedes look to any future junior drivers they look for if their marquee F2 graduate left the family?

The argument for consistency in a driver pairing loses weight in 2022, too. With the regulation change coming in, there is not much that Bottas's time at Mercedes will help with when it comes to car development. Right now, those years of wisdom may give him an edge on Russell with regards to a deep understanding of the recent Merc challengers. That knowledge won't help anywhere near as much when the entire design of the car has no bearing on 2017-2021's versions.

So, it is with sadness that I write that I won't be disappointed if Bottas's time at Mercedes is up. George Russell is ready and willing to make the step up now, and based on Bottas's 2021 season, is correctly making the political statements to push the issue. If Mercedes don't make the call now, you can look forward to reading a repeat of this article next year.