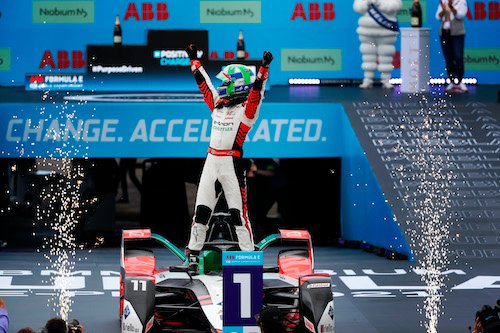 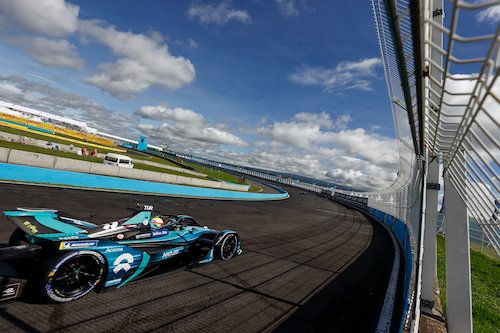 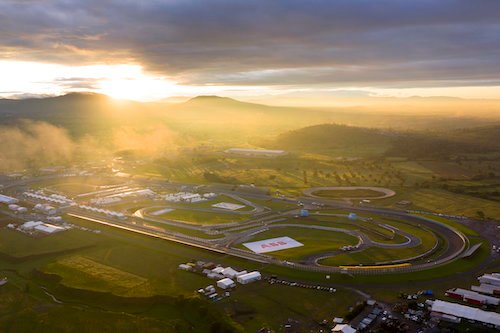 Formula E's topsy-turvy championship battle resumed in Mexico for the first half of a North American adventure. Lucas di Grassi and Edoardo Mortara added their names to the ever-growing list of 2021 winners with their victories at the Puebla E-Prix. Meanwhile, Pascal Wehrlein will wonder who he's angered as he sat at the receiving end of two late-race penalties to take away silverware he richly deserved.

While Wehrlein's pain came at the end of the race, Oliver Rowland hurt at Race 1's beginning. After a P2 start, the Brit found himself tumbling down from the front row to P14 after an awful start. It was opposite fortunes, though, for Max Günther. The BMW driver somehow jumped from fifth place and ended up second by turn one. His teammate, Jake Dennis, did well not to tag the sister car in the tight left-hand first corner of the lush looking Puebla circuit.

The safety car's services were required early on as Nick Cassidy understeered into the wall on Lap 1. The Kiwi driver was the reason for his own demise while battling for first lap positions, and his first race at Puebla was over within a minute. Wehrlein took advantage of the slowdown with an early Attack Mode activation from the lead shortly after the interruption as the Porsche driver looked super comfortable in Mexico.

As Race 1 progressed, the site of Cassidy's error became a crucial point of focus. The concrete barriers claimed more victims thanks to its precarious location at the exit of the Attack Mode activation point. A furious Jean-Eric Vergne rightfully complained about Alexander Sims, who nudged him towards the wall after the Frenchman triggered his Attack Mode. Although the contact initially looked minimal, onboard replays told a different story. Sims whacked into Vergne's front right wheel, leaving the DS Techeetah limping back to the pits to retire.

While the race director did not call out the safety car for Vergne's retirement, it did have a second outing of the day for Sam Bird. In an identical crash, Bird exited Attack Mode only to have Alexander Lynn force him into the wall. The damage to Bird's Jaguar was extensive and strewn along the track alongside the beached vehicle hence requiring the full-course slowdown.

Unphased by the second restart, Wehrlein streaked ahead once again and was looking in control. Things became less enjoyable for his Porsche team, however. The stewards informed them they were investigating both their cars for a technical infringement, as they were with Nissan.

With the investigation hanging over the race leader, the positions behind Wehrlein became more critical. Unfortunately for the BMW pair, their earlier race pace evaporated. Günther and Dennis fell from the podium slots down to the lower points-scoring places. Initially, Mortara replaced them before the Audi pair of Lucas Di Grassi and Rene Rast took over. 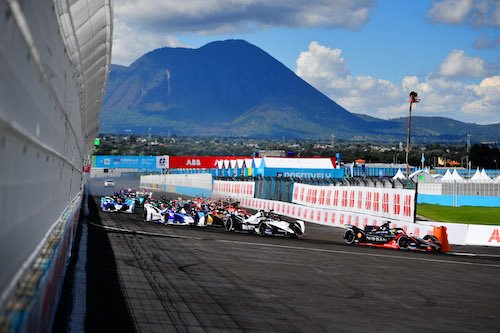 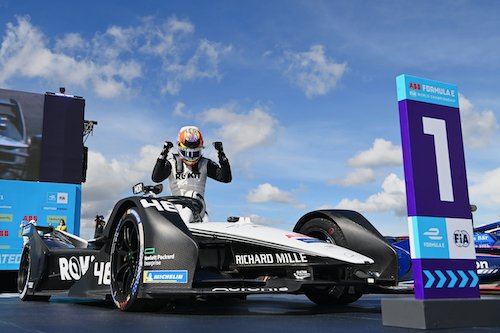 As the checkered flag fell, the sentencing for Wehrlein and Porsche came through. Thanks to the team not declaring their tires for the race, the stewards elected to disqualify the race leader. It was a winner's drive from the German, yet he ended the day with no points and no silverware through no fault of his own in another race filled with late drama for Formula E.

It was a more pedestrian second race of the weekend in Mexico, where Oliver Rowland had a much better start to his race. Rather than tumbling from the front row, the Brit extended his lead to such an extent that he could take an early Attack Mode and only lose two positions. The pace his Nissan had allowed Rowland to close up to one second from Wehrlein in no time.

As Rowland applied pressure to Wehrlein's Porsche, the German quickly also opted for an Attack Mode to counter. Surprisingly, Rowland followed suit and had taken both of his required slow Attack Mode lines within the first third of the race. An incredibly aggressive approach from the Yorkshireman.

Although Rowland's logic was sound, Mortara emerged as the race leader thanks to the clean air he could run in with Rowland dropping back. By the time the Venturi had jumped in for his second Attack Mode, he had built up enough of a gap to remain in the lead. Rowland's early race assertion failed him as he then succumbed to Wehrlein, who then got busy chasing down Mortara.

The final stages of the race saw a cat and mouse game, with Mortara controlling the pace with Wehrlein looking to attack. Although the Porsche still was as fast as in the opening race, there was no catching the Venturi ahead. A double podium for Mortara is a great way to lead the championship. Behind the leading pair, Nick Cassidy also passed Rowland to take the final podium position and with it his first top-three finish in Formula E. There was another penalty for Wehrlein, though, to drop him down to fourth place. A five-second punishment for improper use of FanBoost during the race was enough to take his P2 trophy away.

New York City awaits the electric city next month with Eduardo Mortara as the championship leader. With eight winners in nine races, there's no telling who could come out on top in the Big Apple, nor the championship itself as Formula E continues its unpredictable Season 7.