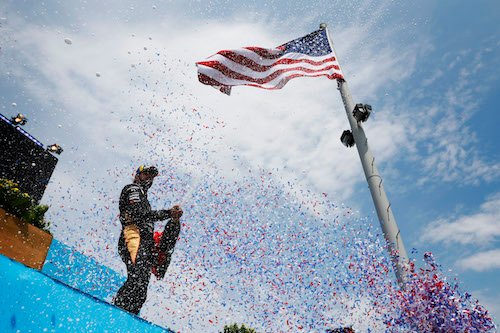 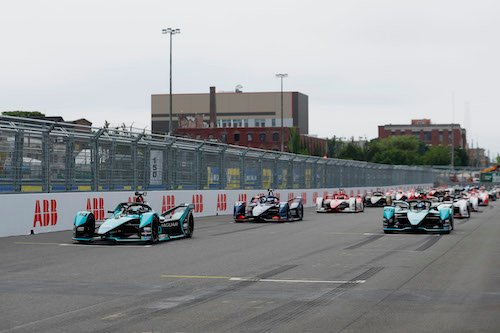 The Formula E season zoomed into New York City over the weekend with two days of races. The 2021 campaign is nearing its climax as Sam Bird strengthened his case to be crowned Formula E World Champion. Bird claimed just his second win of the 2021 campaign on Sunday in the second race of the New York City ePrix. The victory takes Bird five points clear of co-second-place drivers Antonio Felix da Costa and Robin Frijns.

Sunday's race win was a massive upturn in fortunes for Bird and Jaguar Racing. On Saturday, Bird crashed out of Formula E's free practice session then collected a mere three points after colliding with Oliver Rowland. It was a different story for the British driver a day later. Bird controlled the race from the start to secure the victory and move to the top of the Formula E standings.

After an early safety car, Bird dominated the race from pole position, alongside Jaguar teammate Mitch Evans. The duo was pushed throughout the race by Nick Cassidy. Venturi's Edoardo Mortara led the Formula E standings going into the weekend. However, his collision with BMW Andretti's Jake Dennis took him out of the race and ended his chance to extend the lead at the top of the standings. It was a poor overall weekend for Mortara, who finished Saturday's race in 14th and Sunday in 17th respectively. The weekend's results sent Mortara into fourth place with only four races to go.

Cassidy finished second after a fine battle with Evans. Evans had looked good to make it a one-two finish for the Jaguar team, but after hitting the wall, his day came apart. Evans ended the day in 13th. Felix da Costa finished the race in third after a late push for second as Cassidy held off the reigning Formula E champion.

Twenty-four hours earlier, the electric racecars took to the New York City circuit with German driver Maximilian Gunther collecting the win. It was the German's first win of the 2021 season. Gunther started the day fourth on the grid after Cassidy secured pole position in qualifying.

With the race coming down to the wire, Gunther made his move with eight laps left to go. The German was third on the circuit when he pushed to overtake the cars ahead of him. Cassidy led the race from pole position and looked set for victory, but the Formula E rookie was soon put under pressure by two-time World Champion Jean-Eric Vergne.

The Frenchman moved to the inside on a right-hand turn to pass Cassidy, but the move didn't keep out Gunther. Vergne left a gap on the inside of the track allowing Gunther to move in quickly, all the way from third to first. It was a position Gunther did not relent. 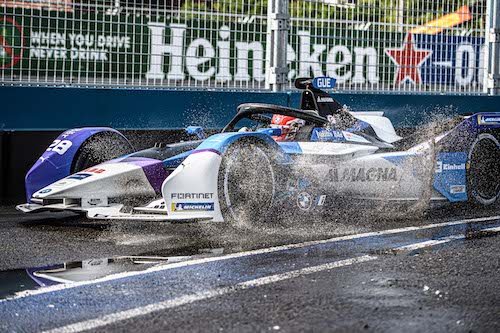 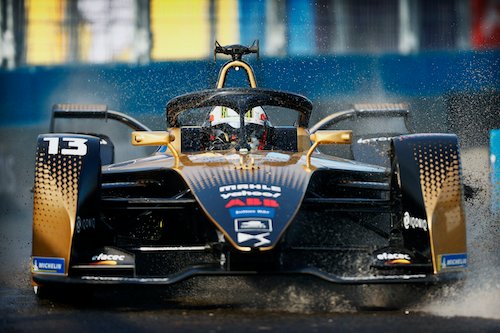 Gunther used his available energy more wisely than his rivals. He had three percent more energy than race leader Cassidy late in the race allowing him to take the win. Gunther has now won three times in Formula E.

The Good and Bad in NYC

The success of Jaguar in New York City shows the team's resilience this season. Jaguar ended Saturday on a down note before going onto success a day later. The Jaguar team finds themselves in third place in the team standings following the New York City ePrix. Envision Virgin Racing now top the team standings with 146 points, five more than Jaguar with four races to go.

It wasn't a good time for everyone on the race circuit over the weekend. Mercedes driver Nyck de Vries hit out at Formula E for being "artificial" following a poor weekend of race results. De Vries finished 13th and 18th respectively over the weekend. He is now in 10th place in the standings after ending in the points places in just four of Formula E's 11 races in 2021.

What's next for Formula E?

Bird's success on Sunday sent him back to the top of the Formula E standings. Meanwhile, Envision Virgin Racing's Cassidy is Formula E's most in-form driver. He claimed two podiums from the last three races. Cassidy is fifth in the table with just 11 points separating him from first-place Bird.

The 2021 Formula E season moves onto race No. 12 and 13 on July 24 and July 25. The London ePrix is next on the agenda and will be run for the first time since 2016. This year's London ePrix will weave through London's ExCel exhibition centre near the city's docklands. On paper, it is an exciting circuit that the drivers will race and replaces the previous London circuit at Battersea Park.

Currently Formula E standings leader Bird won the London ePrix in 2015. Nico Prost is the all-time winningest driver at the London ePrix with two victories. Bird has never won a Formula E World Championship. He has raced in each of Formula E's seven seasons and claimed wins in each.