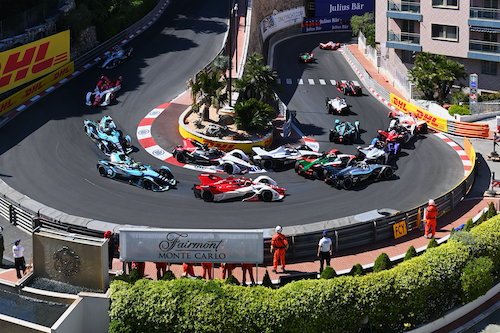 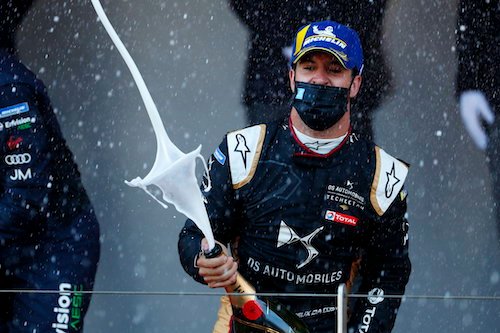 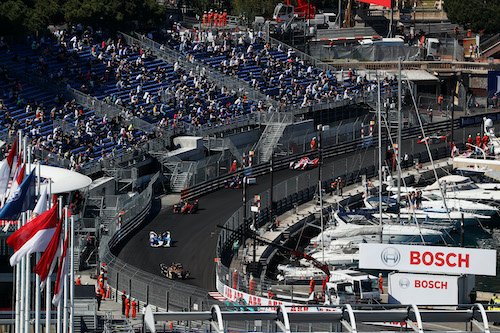 Formula E raced the full Circuit de Monaco for the first time and delivered lights to flag entertainment to celebrate. With the top six positions in the final race classification being identical to qualifying, it would be easy to write off the 2021 Monaco EPrix on paper. The reality, however, was a race in which it was impossible to know who would claim victory until the very last lap. It was reigning champion Antonio Felix Da Costa, who worked hard for his first win of the season and kick start his title defense after seven rounds.

The Portuguese driver led early on after converting his pole position into the race lead into Sainte Devote. The 24-strong field looked to have successfully navigated the tight and twisty circuit without any problems. But that all fell to bits at the hairpin. Alex Sims was bullied out of the race as two separate bits of contact pushed his Mahindra helplessly into the barriers and out of the race.

Out front, the lead of Da Costa lasted just five minutes as the Envision Virgin of Robin Frijns eased past on the pit straight. Frijns had been threatening from the off, and Da Costa looked to have no answer. Antonio may even have been holding the field up as all drivers ran nose to tail up through Beau Rivage.

Frijns's lead seemed safe as those behind him squabbled over second place. Da Costa took an early attack mode, dropping him to fourth, but he was back into P2 on the same lap. Not from the pace advantage, but thanks to the wheel-to-wheel action of his DS Techeetah teammate, Jean-Eric Vergne, ahead. Vergne attempted an ill-fated pass on Mitch Evans out of the tunnel and into the reworked Nouvelle Chicane. Evans was having none of it though, completely ignoring track limits to keep track position. But with his close racing of Vergne, both men allowed Da Costa back through, with Vergne losing out to Max Gunther, too.

Frijns, the race leader, briefly lost the lead thanks to his attack mode activation. But in a demonstration of the pace advantage that he held over Da Costa, Frijns overtook his rival for the second time of the day. This time the Dutchman's Envision Virgin slid past through the tunnel. Indeed, the move was complete just as the cars re-emerged into the French Riveria sunshine showcasing the pace difference.

With the benefit of attack mode, Frijns eked out as much of a gap as he could. He had a strategic worry to consider with the chasing Da Costa possessing the FanBoost vote that Frijns didn't. Da Costa knew this too, and he and Evans in third rapidly reeled in the race leader. On one particular lap, Da Costa took nearly 2 seconds out of Frijns. The champion smelt blood. He returned the overtake Frijns made on him a few laps earlier as the FanBoost assistance powered him back into P1 through the tunnel. 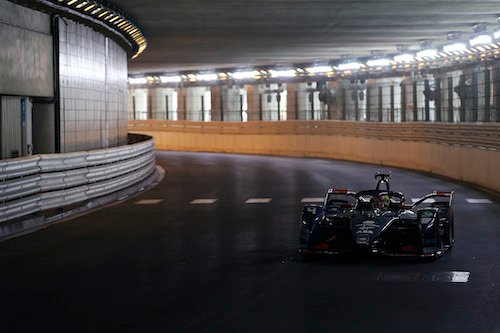 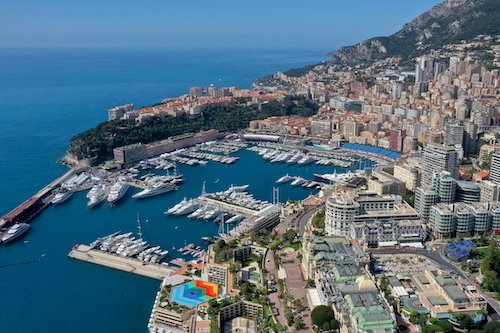 The trouble for Frijns wasn't over either, as the chasing Mitch Evans in third place was enjoying his second Attack Mode power advantage. The New Zealander swept past Frijns on the pit straight with the Dutch driver wondering how he had lost two places in just half a lap. The consolation for him, though, was his front-row seat to one of the best overtakes you might see at Monaco.

Evans was a man on a mission. Evidently buoyed by his move on Frijns, his Attack Mode power advantage put him right on the tail of Da Costa as the leading trio ascended towards Casino Square. Da Costa, like all fans watching worldwide, couldn't believe what happened next. Evans pulled alongside...at Beau Rivage. Any race fan knows there is one line through sector one at Monaco – especially on the narrow, barrier-lined run up the hill. Yet Evans made a millimeter-perfect pass to take the lead of the race. Bravo that man.

Unfortunately, for the Kiwi driver, any chance to pull away was nullified by a smash into the barriers by Rene Rast. The Audi driver understeered on the outside of Nick Cassidy at Sainte Devote, and his heavy hit into the railing saw his car stall on the hill. The race director called the safety car out, and Evans lost a good five minutes where he could've been growing the gap to P2.

Evans initially looked to be comfortable in the lead after the restart with just six minutes and a lap left of racing. But the remaining power in his Jaguar became the crux of the race as he fell in the clutches of Da Costa and Frijns. On the last lap of the race, Evans was doing everything to defend with his low-on-power Jaguar. Sadly for Evans, it wasn't enough as Da Costa took the lead and the victory in a cloud of lock-up smoke downhill into the Nouvelle Chicane. To add insult to injury, Evans ran out of power on the line allowing Frijns to reclaim second place.

Edge of your seat racing at Monaco and Da Costa somehow ended up the EPrix winner this time around. Championship leader Nyck de Vries suffered an electrical issue leading to his third DNF of the season and gifting Frijns top spot in the standings instead. The top four are covered by just ten points as Formula E heads to North America next month for the Puebla EPrix in Mexico.