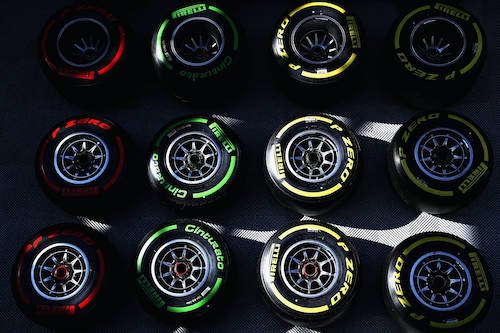 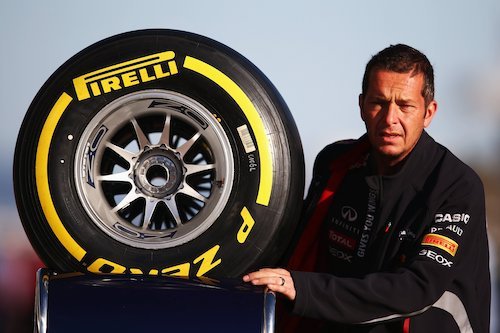 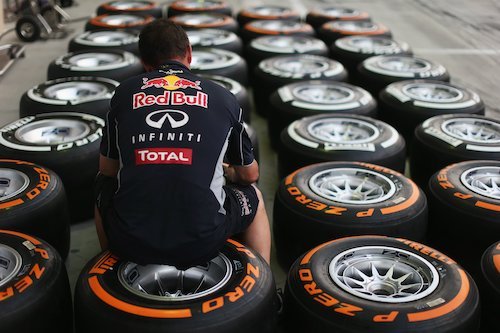 As the dust settles from Formula One's latest visit to Azerbaijan, there is only one story that needs a conclusion; What caused the tire failures? The two pivotal moments of the race came thanks to Lance Stroll and Max Verstappen's high-speed crashes. Both drivers were innocent parties in their race retirements, and fingers immediately pointed to tire supplier Pirelli. Although it was their rubber that broke, Pirelli is not entirely to blame.

I'll caveat right away, that at the time of writing, Pirelli hasn't issued any public findings from their investigations into the tire failures. The only word from the Italian company came immediately after the race. Mario Isola, the head of F1 for Pirelli Motorsport, stated preliminary checks suggest debris was the cause of both incidents. Before the standing restart, A 6-7cm cut that was 'quite deep and big' was found on Lewis Hamilton's rear left tire. The suggestion being that an external factor is to blame, not a manufacturing error.

And, honestly, these aren't unlikely answers. The Baku Street Circuit is anti-clockwise, with a grand total of four ultra-slow right-hand corners. The failures, and Hamilton's damaged tire, were all on the rear left, which should be the tire doing the least amount of work at such a track. I've heard some theory that the so-called 'sausage-kerbs' could be the culprit as drivers cut the left-hand corners as much as they dare. Coupled with discarded carbon fiber and general city litter along the track, I suspect Pirelli will confirm debris as the reason sooner or later.

Time will tell whether they are entirely off the hook. The fact is, though, innocent or guilty, this is not the first time Pirelli has come under scrutiny since gaining the title of F1 tire supplier. The spectacular failures that were their fault at Silverstone last year led to us witnessing a car win an F1 race running on three wheels. The same venue played host to another nightmare for Pirelli's PR team in 2013 when five cars suffered various tire problems in a single race.

I won't go into heavy detail about the Pirelli problems because the root cause of the issues F1 faces with negative tire headlines is F1 itself. The sport has mandated Pirelli to supply the ten teams with rapidly degrading tires to assist in the spectacle. The basic task from F1 is to create grippy tires that only last a handful of laps and less grippy tires with higher durability - but still not durable enough for the full race distance.

Pirelli duly obeyed, and after various iterations, including the laughably confusing soft/supersoft/ultrasoft/hypersoft' 2018 season, we are where we are today. Fans should not lambast Pirelli for doing what's asked of them. Here we have a brand that exists solely to sell products designed to last 75,000 miles. Yet Pirelli spends millions manufacturing what is essentially an advertisement that barely manages 100 miles. 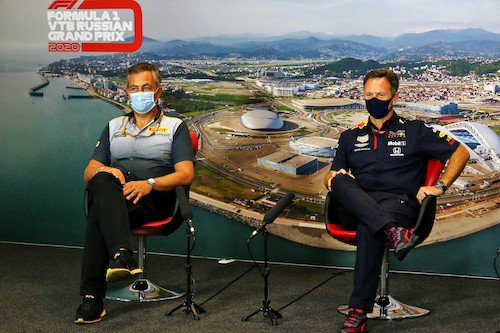 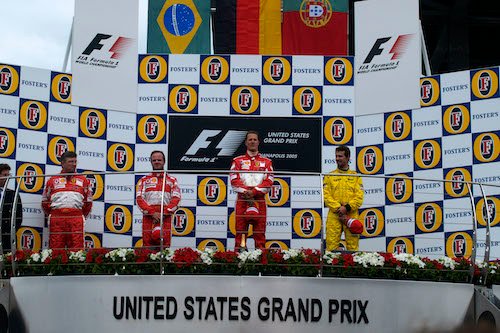 All that said, though, the current tire setup in F1 isn't right, irrespective of the brief from the organizers. Formula One is about engineering ingenuity and outmaneuvering opponents. It is where the best in the world check the rule book and then bend it as far as possible, pursuing incremental gains. For any competitor to do that, they need rivals that they are perpetually looking to outdo. And they need to be kept in check by those same opponents who will police their every move, ready to complain to the FIA. Where is Pirelli's opponent?

I'm not trying to suggest here that the latest tire drama from Baku wouldn't have happened to another supplier. After all, the U.S. Grand Prix of 2005 demonstrated that catastrophe could strike any tire manufacturer. But I believe there are very few downsides to having multiple tire companies in F1, rather than this continued reliance on one.

After recent events, the knee-jerk reactionary first thought would be to see if the failures Pirelli suffered happened to other suppliers. If only one tire brand succumbed to the debris, curbs, or whatever triggered the rubber to give up, then questions would need answering. The side effect of those answers would be an incentive not to allow a rival supplier to look better due to having a sturdier product.

It's the simple idea of healthy competition that is the primary driver of my desire for this multi-manufacturer world, though. Imagine for a moment that Goodyear and Bridgestone were in F1 today. Both would be courting Aston Martin and Red Bull right now to promise their tires would never fail them as Pirellis did. Maybe they would be correct, but the teams would need to consider whether keeping Pirelli gives, say, a qualifying advantage on low-fuel runs versus the competition.

It is these fine margins and extra strategy options that F1 is all about. The very fabric of the sport is to have teams exploring thousands of design philosophies and race plans from one another and still end up within milliseconds of their rivals. Why limit a multi-million dollar sport to just one single supplier? Fans and drivers may be putting Pirelli under the spotlight right now, but Formula One's real problem is having only one supplier on which to shine a spotlight.