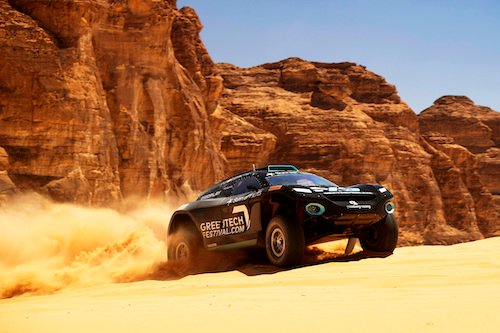 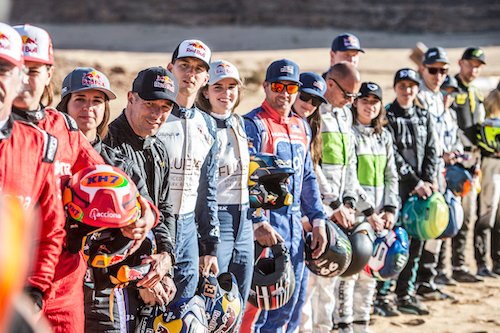 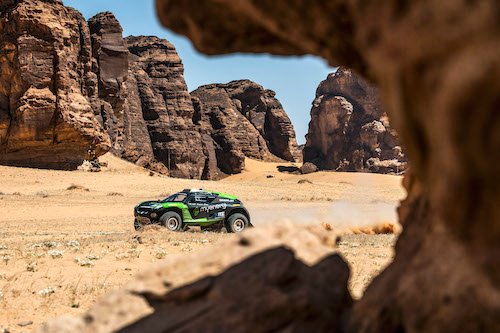 Since Extreme E made its debut in April, you could be forgiven if you thought there would be no news from the all-electric off-road series. With such a spread-out calendar and many drivers racing elsewhere, the idea of the championship slowing down isn't far-fetched. Yet, it couldn't be further than the truth. Extreme E has continued making milestones and news over the past eight weeks. Here's your rundown ahead of Senegal's Ocean X Prix.

The viewing figures for the new sport clearly show that racing fans are hungry for something different, and Extreme E has delivered it. The series had almost 19 million pairs of eyeballs glued to the Desert X Prix debut event. The worldwide viewing figures released showed an audience size of 18.7 million who tuned into the broadcast.

Even more encouraging for Extreme E's marketing department is the virality of clips on social media. The research company YouGov Sport has calculated a staggering one billion impressions across social channels from round one. With the spectacular location and dramatic crashes across that first weekend in Saudi Arabia, it's no wonder people became captivated.

More than that, though, is the broad appeal of Extreme E's gender-equal teams. Viewers should be able to connect with any of the drivers competing. Plus, the sport's purpose is one that everyone can identify with, as climate change affects every single one of us. With over 5,000 articles being written online around the opening weekend shows that the media knows that interest is high in Extreme E.

Expect to see further online success at the Ocean X Prix, too, as the video-sharing social media newcomer, TikTok, will be gaining exclusive content. Behind-the-scenes footage is going to be available on the service throughout the weekend. Some of the 60,000 TikTok followers that Extreme E made over the Desert X Prix will be able to watch the race events live, too. Many major EMEA markets, including France, Sweden, UAE, Hungary, and Saudi Arabia will find live footage across TikTok for the Senegalese event.

Additionally, Extreme E adds Twitch.tv to its digital portfolio for the next X Prix. The HighVoltage Twitch channel allows fans to see weekly contests and behind-the-scenes content from the races. The younger audience on both Tiktok and Twitch certainly gives insight into the focus demographic for Extreme E. With Millennials and Gen Z being particularly environmentally conscious, the move represents a clever strategy from the sport's organizers. 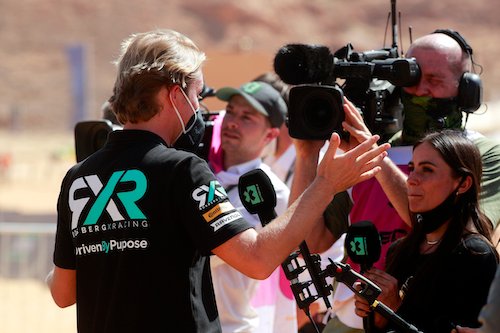 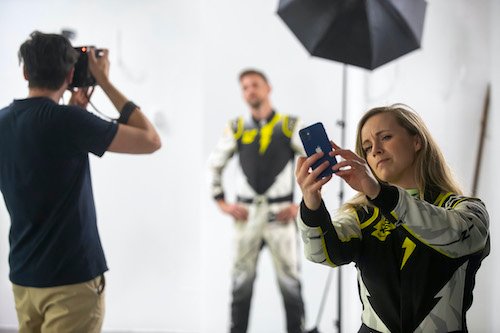 In the run-up to the second round, Extreme E announced another fan initiative to engage with viewers; FanWorld. The GridPlay voting system that debuted in Saudi Arabia gave some indication of how the sport wants fans to feel involved from their homes. With no on-site spectators, there will always be challenges in the ability to allow supporters to feel involved. FanWorld aims to lower that hurdle with virtual sessions bringing the Ocean X Prix into the living rooms of some lucky fans.

As well as access to the command center in Senegal and driver's onboard cameras, FanWorld has two virtual driver events. One is a question and answer session where those chosen will speak directly to their favorite drivers. The second is a little more intriguing – A virtual autograph session that will allow some fans to enjoy meeting the competitors virtually and receive a digital autograph from it. How virtual signatures work is unclear, but the idea shows the fan focus of Extreme E.

Jenson Button's JBXE team will field a different driver line-up for the Ocean X Prix. Kevin Hansen, the younger brother of Andretti United's Timmy Hansen, will compete for JBXE on the shores of Senegal. Button himself will step aside for the second Hansen to race in Extreme E. The Rallycross driver's calendar has allowed Button to swap himself with Hansen, and it is an opportunity that the 2009 F1 World Champion says he "didn't want to pass up." Button will return to the cockpit of the ODYSSEY 21 machine for round 3.

Another newcomer to the electric series was an expected one as Prince William gave Extreme E a try in the days leading up to the Ocean X Prix. Sadly the drive will remain a test rather than a full-time seat. His Royal Highness used the chance to sample the electric machine to enhance his understanding of the technology ahead of the UN Climate Change Conference (COP 26) in Glasgow later this year.

The appearance by the second in line for the Great British throne doubled up as good PR for all parties. Extreme E will no doubt benefit from the footage of Prince William sampling the ODYSSEY 21 at Knockhill circuit. Meanwhile, it shows the royal's willingness to understand new technologies to reduce our carbon footprint.

Extreme E returns with the Ocean X Prix over the 28-30 May weekend in Dakar, Senegal.