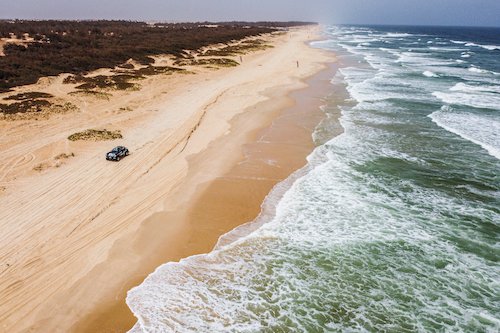 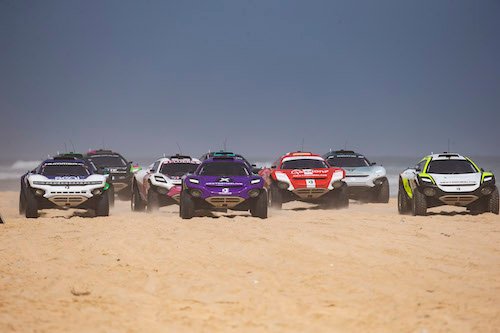 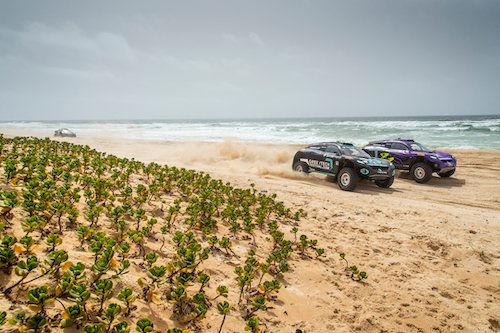 Rosberg X Racing have made it two victories from two Extreme E rounds. Nico Rosberg's team took the win at the Ocean X Prix in Senegal. But the driver pairing of Johan Kristoffersson and Molly Taylor had to fight for their trophy this time around. The championship's second round saw much closer racing than the season-opening Desert X Prix with overtakes and drama across the weekend.

The RXR duo had to best not two but three rivals in the showdown event. With the fledgling sport still finding its feet, Extreme E's showrunners introduced some minor rule changes for the Ocean X Prix. Potentially worried about a repeat of the lack of wheel-to-wheel racing from Round 1, one such change included an additional space in the final race.

Ironically, though, the final's field was halved by the first corner. As the four ODYSSEY 21's hurtled down the beachfront, Mikaela Åhlin-Kottulinsky of JBXE fell backwards from her rivals. Her SUV limped over the sand by the first braking zone and struggled to accelerate out of the right-hander. At some point on the first straight, the right rear wheel had broken off, leaving her JBXE unable to continue.

While Kottulinsky fell behind on the straight, Cristina Gutierrez of Team X44 and Molly Taylor in the RXR streaked ahead. In a move that echoed some of the battles that team owners Lewis Hamilton and Nico Rosberg had in F1, the two cars came together. Gutierrez's X44 slowed significantly before completely stopping a few dozen meters from Kottulinsky's JBXE. Gutierrez retired to finish the race in last place.

With just two vehicles left in the race, Taylor and Kristoffersson simply had to keep the Veloce drivers behind them. Despite Stephane Sarrazin's best efforts, he could not reel in Taylor ahead. However, an opportunity to steal the win appeared when the race director triggered Extreme E's first in-race red flag. With the stricken X44 and JBXE still stranded at the first corner, the two remaining competitors began the second stint on equal footing with a standing race restart.

With Jamie Chadwick now in the Veloce with the chance to win, the W Series champion faced off with Kristoffersson down the Atlantic coastline. Even with only two teams dueling, there was still contact between the SUVs, with Chadwick coming off slightly worse and Kristoffersson taking the lead before the first corner. It was a lead that the RXR driver didn't relinquish, making it two for two for Rosberg's team.

Although the lion's share of the points get handed out in the final, the two Semi-Finals and Shootout were the better races. Following technical problems for three teams throughout the two qualifying sessions, the Shootout between Andretti United, Acciona Sainz, and the Segi TV Chip Ganassi was a flat out battle to minimize damage. 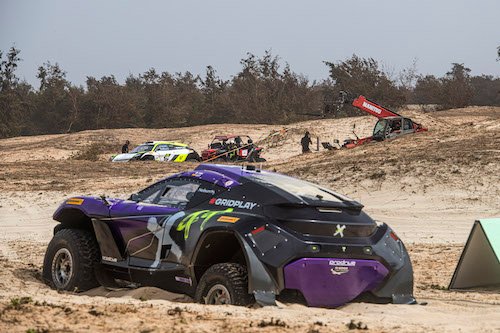 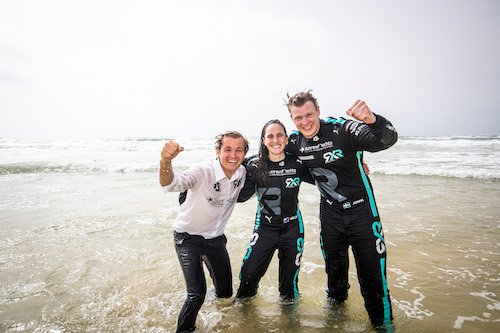 Carlos Sainz, in particular, appeared hell-bent on clawing some points back with the newly introduced 'super sector' bonus points given to the fastest team through the second sector. The Spaniard WRC legend went extra aggressive down the opening straight, coming from behind to take the lead in a late braking move on Timmy Hansen in the Andretti. Hansen struggled to control the ODYSSEY 21's rear end, which bounced wildly over the sand dunes. Regardless of Hansen's issues, Sara Price in the Ganassi had to settle for third best as she couldn't inch past.

By the time the drivers reached the swap zone, Acciona Sainz seemingly had the Shootout points in the bag. However, Sainz's teammate, Laia Sanz, was no match for Kyle LeDuc of the all-American Andretti United team. The off-road truck racer overtook both Sanz and Catie Munnings in just three corners to emerge the winner. All of Sainz's work in the first stint had gone to waste, and for further insult, Andretti United claimed the five super sector points, too.

Though more important for the championship, the two semi-final rounds of the morning didn't match the racing in the Shootout. Nonetheless, both races gave better entertainment than the Desert X Prix. In Semi-Final 1, X44 could consider themselves lucky to make the final. Mattias Ekstrom in the Abt Cupra XE team clinched P1 at the first corner while Kristoffersson and Sebastien Loeb fought for second place. Ekstrom's lead fell to pieces in the driver swap, though. Jutta Kleinschmidt could not engage the car and was helpless as she fell backwards. Despite her spirited fightback, with varying lines around the course, Kleinschmidt and Ekstrom were out, finishing the weekend in 5th place.

After the disappointment in Saudi Arabia, Veloce came close to further setbacks in Semi-Final 2. Jenson Button's temporary replacement, Kevin Hansen, created an enormous lead in the first stint turning it into a 1v1 battle behind him for the final Final position. That 1v1 started as Chadwick's Veloce vs Oliver Bennett for the Xite Energy. Chadwick clung onto P2 until the last corners, but her Veloce's pit limiter kept activating when exiting corners to handicap the battling.

With Sarrazin taking over from Chadwick, the Frenchman made inroads on Christine GZ in the second stint. With some bodywork rubbing and wheel-to-wheel racing, Sarrazin battled past. GZ didn't let the Veloce racer run away, though, but Sarrazin saved his hyperdrive boost for the final straight to fend off the Xite driver who ended the X Prix in 6th.

It was a much better weekend of racing in Extreme E at the Ocean X Prix than its first round. The nine teams will now enjoy a nearly three-month break before the Arctic X Prix in Greenland at the end of August.