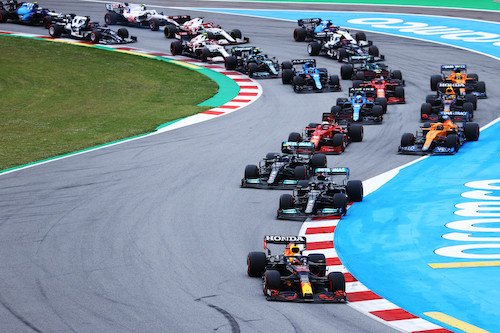 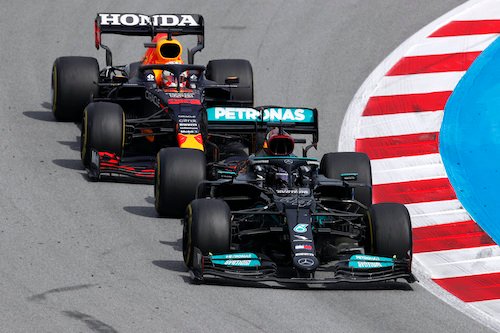 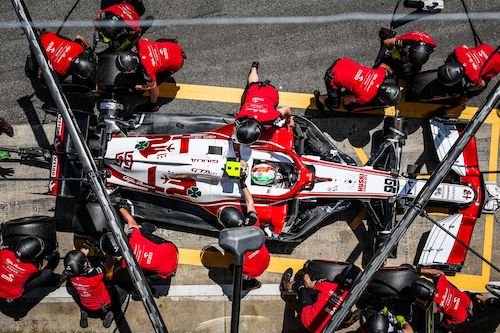 Following a relatively mundane affair at Portimao and having Spain precede the always dull Monaco Grand Prix, May looked likely to be a month in the doldrums for F1. After all, The Spanish Grand Prix is never a race that fans look forward to. However, the 2021 affair at the Circuit de Barcelona-Catalunya delivered a pleasant surprise. An all too familiar podium may have been the end result, but the steps to get there provided a classic strategic battle for Lewis Hamilton to take his third win of the year.

It could've been a different story from the Brit after Max Verstappen, again, beat out Hamilton at turn one. Fresh off the back of a monumental 100 pole positions, Hamilton had a cautious run into the first corner. In contrast, a typically fiery Verstappen gave his championship rival no space to fight back in a firm, but fair, overtake to gain first place. It would be a lead that he futilely defended for much of the race.

With Hamilton backing out to save his car from receiving any damage, he inadvertently backed his teammate Valtteri Bottas up into Charles Leclerc behind. Although Ferrari remains a shadow of their 2019 selves, Leclerc gave a glimpse of their progress. The Monegasque made an extraordinary overtake around the outside of Bottas on the long turn 3. An unideal start for Toto Wolff's Mercedes team, and with Verstappen running away out front, it wasn't going to be a simple day in the office for the German manufacturer.

There was an external factor that gave a glimpse of hope, however. Yuki Tsunoda's race weekend ended early as his AlphaTauri shut down at the new-look turn 10. The Japanese rookie was unable to restart his car and the race director, Michael Masi, invoked the sole safety car of the day. Although the field bunched back up, Verstappen was clinical on the restart, dropping Hamilton as he accelerated out of the final turn. It's not easy to find flaws in the seven-time champion, but that's two successive races of slow reactions at a safety car restart for Hamilton. The tiniest chink on what is otherwise spotless armor.

Elsewhere Mick Schumacher enjoyed some rare screen time. Sadly, for the Haas driver, it was as the two Williams drivers edged past him. There was more action in the pit lane, as well, with Antonio Giovinazzi suffering what may be the first pit stop involving puncture on a new tire. Sebastian Vettel and Fernando Alonso wound back the years in a pit crew battle, too. Vettel's Aston Martin team lost out, though, as the German former world champion's twilight years continue to disappoint.

Meanwhile, Valtteri Bottas was the first of the front runners to jump in for fresh tires at the sharp end. The Finn couldn't pass Leclerc on track in another damning Sunday drive. Luckily, the undercut worked well for Mercedes, and Bottas emerged in P3 and could provide rear gunner support for Hamilton's push for victory. Not to have Verstappen fall to the same fate as Leclerc, Red Bull called in their man ahead before Mercedes could put in Hamilton. But their ordinarily clockwork pit crew struggled to a 4.2s stop giving Mercedes the advantage. 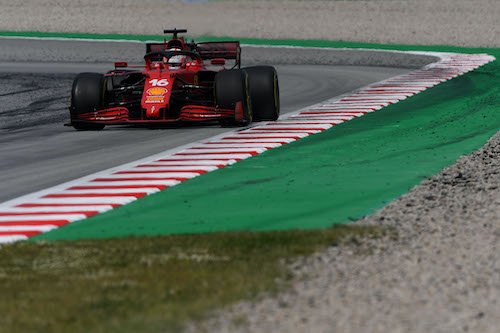 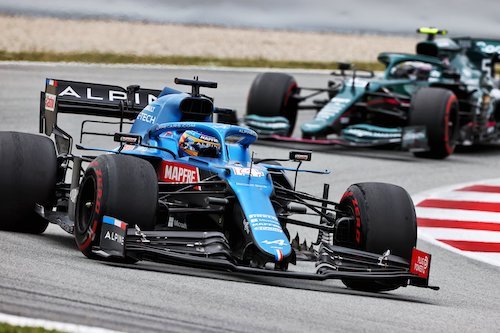 Surprisingly, though, Hamilton came in five laps after Verstappen and remained in second place, albeit on slightly fresher rubber. The grippier tires worked well, with Lewis taking chunks out of Verstappen's lead. As soon as the Mercedes hit the dirty air of the Red Bull, though, Hamilton's pace evaporated.

A copycat strategy was not going to work if the Brit wanted a third win of the season. The Mercedes strategists rolled the dice and went for a two-stopper in a re-run of the 2019 Hungarian Grand Prix. And just like that race two years ago, Red Bull neglected to follow suit. Their decision was to be their downfall as Hamilton reeled in Verstappen by over a second a lap, sensing he could clinch a win from the jaws of defeat.

Of all the obstructions in Hamilton's way, the driver that posed a surprise threat was his teammate, Bottas. The Mercedes engineers informed their second driver of their plan for Hamilton so Valtteri would not stand in his way. But when the time came to yield, Bottas instead fought. Hamilton's newer tires made short work of his teammate's defense, but Valtteri will undoubtedly face some post-race questions from his employers.

With the sister Mercedes dealt with, Hamilton glided up to and past Verstappen to take first place, assisted by DRS. Rather ominously, the win marks Hamilton's highest points tally of any season in his career, thanks to the recently-added fastest lap point. The champion is in tremendous form right now, winning eight of the previous ten Grands Prix.

Hamilton's victory at Barcelona was a team effort, and one Max Verstappen and Red Bull must consider if they are to carry a title fight throughout this season. But Monaco is up next, and the Monte Carlo circuit hasn't always been kind to Hamilton, who has 'only' taken two wins there in Mercedes overalls. The tight and twisty coastal track might be where the Verstappen fightback begins in two weeks.