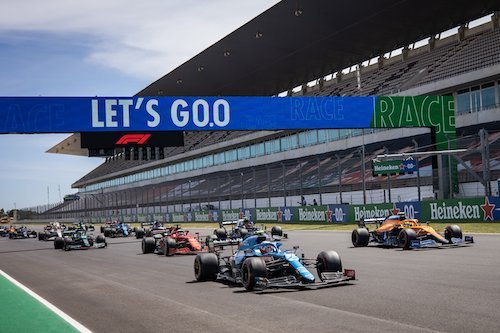 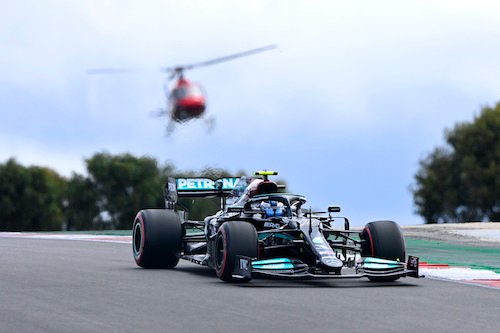 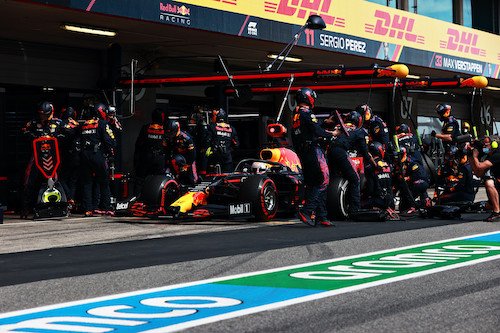 We F1 fans have been rather spoilt of late. Aside from the traditional dull race at Abu Dhabi, Formula One has produced some terrific Sundays in recent times. The 2021 Portuguese Grand Prix paled in comparison. Yes, there were fights for the lead, on-track passes, and wheel-to-wheel racing, but the race still somehow felt flat. Nonetheless, the Max Verstappen vs. Lewis Hamilton fight for the title rages on. While Hamilton had the upper hand at Portimao, there's no certainty he will clinch the crown come the year's end, which is a comforting thought for us wanting to see a season-long duel.

Although Hamilton emerged the victor this time around, the reigning champion did not have everything go his way in Portugal. His Mercedes teammate, Valtteri Bottas, took pole position by just 0.007s to make up for his embarrassing P8 starting position in Imola. Not only did Bottas keep Hamilton from achieving 100 pole positions, but he also forced the Brit into Verstappen's clutches at the sole safety car restart. A rare but welcome feisty Valtteri appeared at this race. Well, for a short while, at least.

The commentators didn't make much of the only crash in the Grand Prix, which I find a little surprising. Especially seeing as Kimi Raikkonen broke the first rule of F1; don't hit your teammate. After all twenty cars navigated the first lap without incident, Raikkonen sailed into the rear of Antonio Giovinazzi ahead. The overspeed of Kimi's Alfa Romeo in the slipstream seemingly caught the Finn by surprise as he was busy checking a switch on his steering wheel. It was a high-speed collision triggered by a rookie error from the most experienced man in F1 history, and we were fortunate to not witness a repeat of 2020's Mugello pile-up.

Bottas led the restart once the marshalls cleared the debris of his compatriot's car. With such a long straight, being the car in front can be a disadvantage with the power of the slipstream. But there were no such problems for Valtteri, though, who smoothly dropped a surprisingly sluggish Hamilton. Verstappen's reflexes latched onto the opportunity immediately, and he launched his Red Bull alongside the championship leader by turn one. The Dutchman eeked out every bit of grip on the outside to take Hamilton's place as the two championship contenders did battle.

It's a rare sight to see Hamilton down in third place behind both Bottas and Verstappen, but it did not last long. A few laps later, Verstappen ran too wide on the penultimate corner, which let Hamilton close in on the pit straight. With the power of DRS, Max was helpless to defend against the Mercedes, and Lewis was back up to P2 before turn one arrived.

Ten laps later and Hamilton used the same strip of tarmac to take the lead. Bottas hadn't stretched any worthwhile gap to those behind him despite Max and Lewis squabbling. The result was Hamilton again gaining DRS and again pulling alongside into T1. Valtteri may consider his hard defending of the inside a little too much on reflection as it gave the sister Mercedes the racing line through the first corner, and with it, the race lead. A Hamilton victory never looked under threat thereafter. 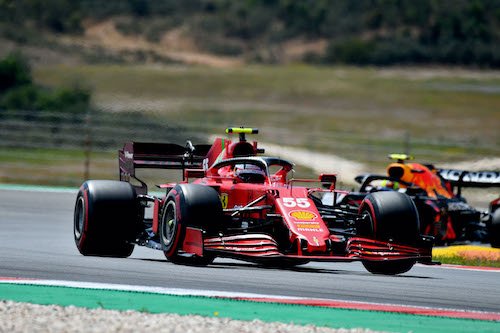 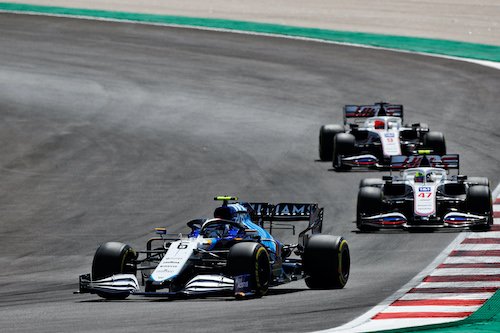 Red Bull's day might've gone a little different if they had two cars in the fight. Although Sergio Perez has shown signs he's got more pace than his predecessors, Lando Norris ruined the Mexican's race by stealing fourth place after the safety car restart. Norris, for the second successive race, might've been F1's standout man. Lando took multiple early race positions from Esteban Ocon and Carlos Sainz, in addition to out driving a Red Bull. Perez spent too many laps unable to slip past Norris's McLaren despite the Red Bull's pace advantage. Happily for Checo, though, was his similar lap times to the race leaders once he got clean air. But it was another "what if" race for Perez, who came home in a season-best P4.

Regardless of Verstappen being the lone Red Bull out front, his team did muster one strategy win. Calling Max in to take the undercut proved pivotal in Verstappen's P2 finish. Although his RB16B filtered out behind Bottas on track, the ice-cold tires on Valtteri's Mercedes left him without any grip to defend Max on much hotter rubber. Verstappen was right on Bottas's tail at turn 4 and had inched past by 5.

The race out front fizzled out from this point on, but behind the midfield used the DRS straight to swap some positions. Daniel Ricciardo and Fernando Alonso were the standout performers, with both jumping many places to score points. Ricciardo from P16 up to P9, and Alonso from 13th to 8th. Their gain was Carlos Sainz's loss, who had to endure some of Ferrari's infamous "strategy" as the Scuderia put their new signing on medium tires that never stood a chance of lasting the distance they wanted. No points for Sainz after a solid qualifying performance will be a tough pill to swallow.

Thankfully there was some late-race entertainment at the sharp end. The sizeable gap that Perez sat in ahead of Norris allowed Red Bull the chance a free pit stop to take the fastest lap point. However, Mercedes promptly responded with a pit stop for Bottas, who now benefited from the same 'safe' gap back to Perez. And wouldn't you know it, Red Bull then did the same again with Verstappen. Hamilton weighed up the risk/reward ratio of a certain win against a possible botched pit stop and played it safe instead to end the oneupmanship. Bottas was the eventual benefactor of the bonus point, but only after the stewards removed Verstappen's quicker time for violating track limits.

An okay race with a predictable podium in the end. After the fun of Portimao in 2020, there's a little disappointment the race didn't deliver the same action this time around. Fortunately for those looking for further thrill-less racing, F1 rolls into Barcelona and Monaco next.