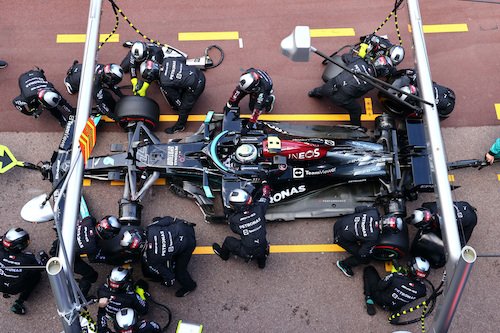 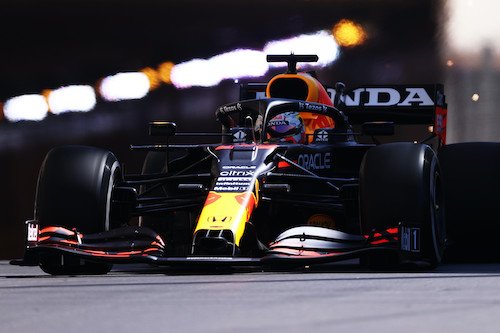 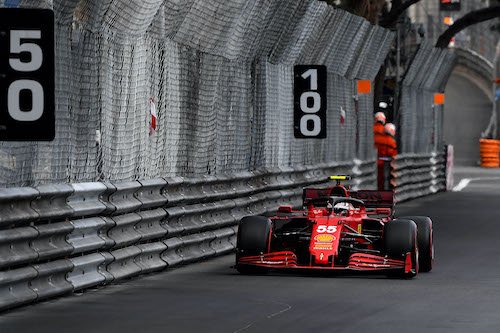 After a year away, Formula One returned to the jewel in its crown for the Monaco Grand Prix. Max Verstappen never looked in any danger of losing a typically processional affair in Monte Carlo. His victory sees him leading the F1 World Championship for the first time as his title fight against Lewis Hamilton heats up. Red Bull, too, took the lead in the Constructors' standings as the usually all-conquering Mercedes endured a weekend to forget.

Although passing around the streets of Monaco is nigh-on impossible, Verstappen's task was made much easier by the misfortunes of others. Most notably was the inability of the hometown hero, Charles Leclerc, to start the race, which somewhat gifted Max his first Monaco GP win. Leclerc was the marginally quicker half of a resurgent Ferrari team and stormed to provisional pole position on Saturday. Provisional quickly became confirmed as the Monegasque crashed out of the session at the Swimming Pool chicane. The damage to his Ferrari SF21 stopped the session, securing a P1 start for Leclerc.

However, any Saturday night celebrations quickly faded away into memory. Despite Ferrari's assurances that the damage to the car wasn't terminal, Leclerc could not start the race due to a driveshaft failure. His 'DNS' represents the third of three Monaco Grands Prix where Leclerc hasn't made the chequered flag. There was to be no head-to-head battle between F1's young stars this time around.

Valtteri Bottas was the man to benefit most from Leclerc's misfortune, moving from P3 to the front row. With no opponents in front of him, the Finn had a decent start and might've had the run on Verstappen if the Red Bull driver hadn't scythed across the track to cut the Mercedes off. It was a classic no-nonsense approach from Max, and he likely secured the race win right there and then.

The sister Mercedes and Max's championship antagonist, Lewis Hamilton, endured a torrid time at Monaco. The Brit never seemed to be at one with his Mercedes W12 and qualified a dismal P7. Any hopes to reduce the points damage Hamilton would suffer against Max rested on his team and teammate's abilities to halt Verstappen's progress. Those hopes would be wishful thinking as the German manufacturer's race unraveled through no fault but their own.

Hamilton could not get past the AlphaTauri of Pierre Gasly in P5, and the team opted for an undercut to try and get Lewis running in clean air on fresh tires. A standard strategy call, but Hamilton could not eke out an advantage on the new Pirelli rubber. With AlphaTauri responding immediately, Hamilton's single roll of the dice did not work. Instead, Sebastian Vettel and Sergio Perez were released into clean air and pressed ahead on their old tires. Both men got the jump on Hamilton and Gasly, further aggravating a furious Hamilton who wasted no time to complain via the radio. 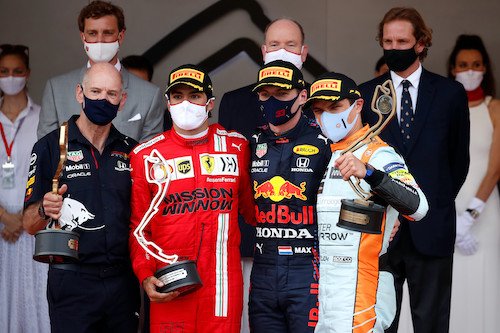 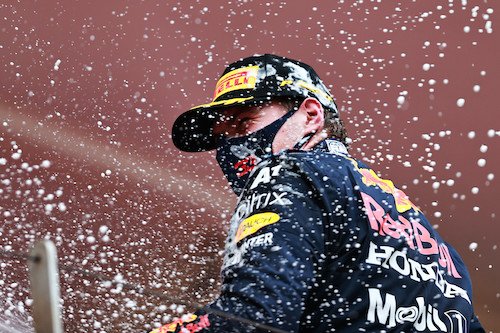 With things seeming dire enough for Mercedes, they were about to get even worse. They looked to take the initiative in the battle for the lead by bringing their lead driver of Bottas in to try the undercut on Verstappen. With no way past on track, a quick stop by the pit crew could see Bottas take the lead. Strategy is often the way to win at Monaco, and the Silver Arrows knew it.

However, we'll never know as Mercedes struggled with yet another pit stop for their Finnish driver. A sticky right-front wheel nut saw Valtteri sit helplessly as the pit crew battled to remove the wheel. There was nothing they could do, though. The wheel-gun had threaded the nut, essentially welding itself to the chassis. Bottas had no choice but to retire, and Verstappen could switch on cruise control.

With Hamilton out of place and Bottas and Leclerc retired, the top three sat as Max Verstappen, Carlos Sainz, and Lando Norris. The latter two former teammates both driving faultlessly to seek out Monaco silverware. Norris's strong drive a fitting thanks to his McLaren team extending his contract in the run-up to the race.

The remaining laps of the race were incident-free, with no safety car nor yellow flags to add spice to a bland Grand Prix. Further down the order, Lance Stroll echoed Perez in the overcut strategy by taking his tires to Lap 60. He jumped both Esteban Ocon and Antonio Giovinazzi to finish a respectable eighth after starting down in P13. Lewis Hamilton dove into the pits to take the Fastest Lap point with some new tires, but it won't be much consolation with Verstappen gliding to victory.

The madness in the middle of the race gave the 2021 Monaco Grand Prix some talking points, but this will not be a race any fans will long to revisit. Max Verstappen and Red Bull won't complain about that, though. Both head to Azerbaijan leading their respective championships. The season has barely begun, but the title fight looks like it will run all year long.