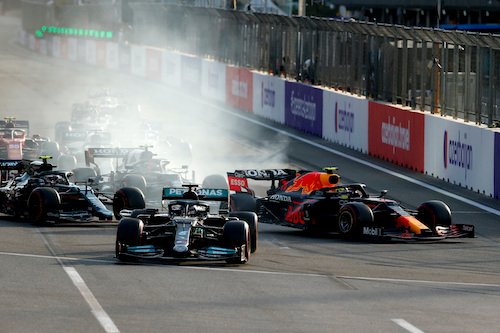 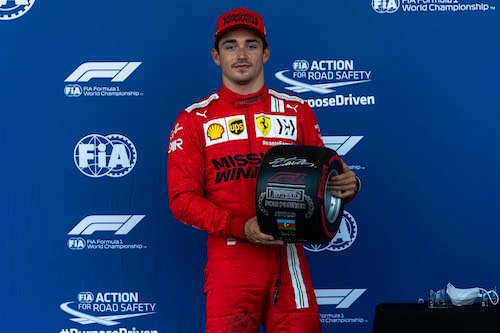 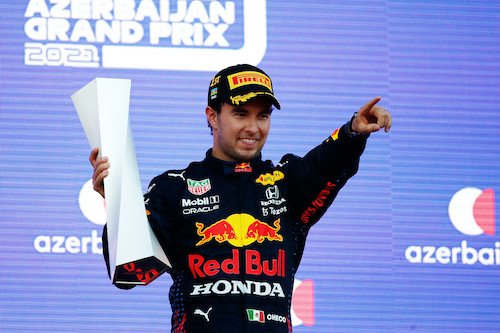 The Azerbaijan Grand Prix has delivered some shocking moments in its brief history, and 2021's installment was no exception. Red Bull's Sergio Perez stood atop the unlikeliest of podiums to take his first win for his new team. Yet it was a bittersweet day for Red Bull as their number one driver and championship leader, Max Verstappen, suffered a tire failure in the cruelest of circumstances.

Verstappen was comfortably leading what was becoming a very orderly race. Safety cars have become a near-certainty to appear on the streets of Baku. With the number of drivers finding the barriers in Practice and Qualifying, it was surprising to see such clean driving early on. Sure enough, though, the safety car's services were required as Lance Stroll's left rear tire delaminated, sending the Canadian into the barriers at high speed.

The spectacular crash was a sign of things to come, as concerns for the longevity of Pirelli's tires began appearing. The high downforce that a modern-day F1 car can generate stressed the structure of the rubber too much, it seemed, triggering the failure. With only five laps of the race remaining, Verstappen experienced an identical issue to Stroll, but with much worse championship implications and gifted victory to his team mate, Perez.

Irrespective of the tire failures, Baku's race winner was far from certain from lights out. Charles Leclerc kept his cool in pole position to retain the race lead on the short run to Turn 1. Championship antagonists Lewis Hamilton and Verstappen followed closely, but it was Perez making the early overtaking moves. The Mexican stretched past Pierre Gasly on the run into Turn 3 as the twenty drivers safely navigated the opening laps. Viewers expecting opening lap carnage had to settle for minor contact between Mick Schumacher and Lance Stroll this time round.

With Perez taking fourth place from Gasly, it was the first time in many years where Red Bull, not Mercedes, had two genuinely fast drivers at the front to maximize strategy opportunities. The necessity of that advantage quickly became apparent, as Hamilton took just two laps to pass Leclerc and take the race lead. Leclerc may have taken pole position for two consecutive races, but his Ferrari's race pace is lacking. The Monegasque lost out to Verstappen and Perez down the long DRS straight before diving into the pits to take an early pit stop.

With Hamilton unable to extend a gap and only just keeping the Red Bull duo out of DRS range, Mercedes called in their race leader for his stop. Pierre Gasly slightly obscured Hamilton's getaway as the Frenchman entered while the Brit exited, losing Hamilton a few valuable tenths. Red Bull seized the advantage with Verstappen immediately setting purple sectors and pitting in the following lap. 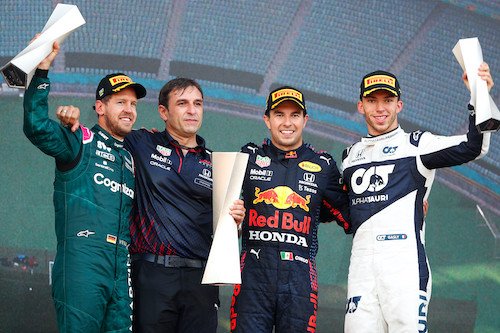 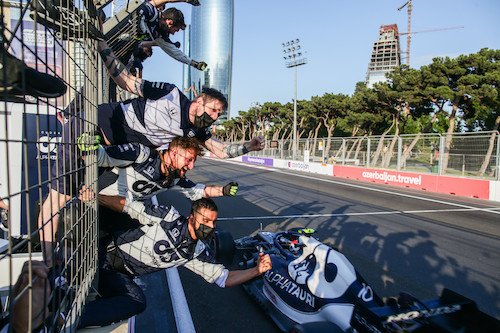 Those precious tenths of a second that Gasly held Hamilton up for became a drop in the ocean as the Brit's deficit to Verstappen was over 3 seconds as Max re-emerged on track. With their young Dutchman now in the lead, Red Bull added insult to injury by next taking P2 from Hamilton with Perez's stop, too.

The race settled into its stride with little fuss and few significant passing opportunities despite several cars somewhat out of position. Leclerc had slipped backwards behind Gasly in the round of pit stops, but the sister Ferrari fared worse. Carlos Sainz had run straight on at the castle section, doing well by not crashing, but he flat-spotted his new tires and had to reverse onto the track to recover. Though Sainz found himself towards the back, there were opposite fortunes for Stroll up in P4. The Aston Martin driver was stretching out his hard tire stint as long as possible in the hopes of a safety car that never came to help him.

Instead, the safety car came out for Stroll when the left rear failed on him. Verstappen safely navigated the rolling restart and left Perez to defend from Hamilton in a rear gunner role. Though Hamilton could find no way to move forwards, Sebastian Vettel could. The German took Leclerc, who locked up into T2 when racing resumed, and then Gasly one lap later. These moves would prove crucial.

With the race in its final laps, it was Verstappen's turn to retire on the main straight with an identical issue to Stroll. This time, the race director opted for a red flag with a standing restart instead of a safety car, and F1 fans got a glimpse of how the future sprint races may look.

Hamilton initially looked to have got the jump on Perez from P2 but couldn't slow his Mercedes down and ran straight on at Turn 1. He managed to continue, but with only two laps to recover, Hamilton was out of contention. Suddenly the race had lost both of the championship heavyweights from the front, and a podium was on the cards for drivers who wouldn't dare dream of silverware. Vettel's earlier overtakes gave him P2, while Gasly fended off a charging Leclerc for third place to complete the most unexpected podium since Monza last year.