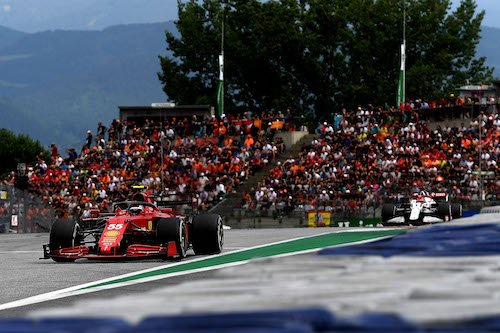 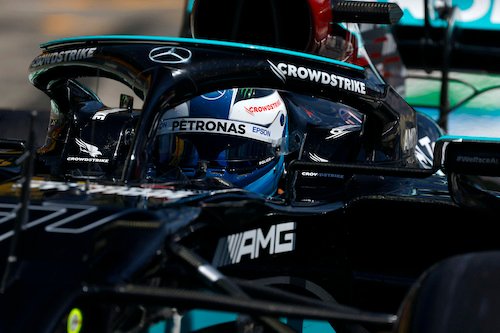 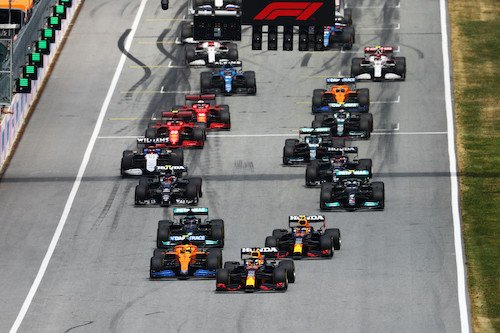 F1 held another race at the Red Bull Ring and witnessed another win for Max Verstappen as the Dutch driver controlled the field once again. The victory marks the end of a triple-header of races where Verstappen has pushed the advantage the Red Bull team hold on Mercedes to the maximum. Three pole positions and three wins have helped Max extend his lead over Lewis Hamilton to 32 points. With the form he is in, there appears to be nothing in sight that will end Verstappen's impressive streak.

The weekend got off to a terrific start for Verstappen, with neither Mercedes making the top three in qualifying. The Silver Arrows pose the only serious challenge to Verstappen's championship campaign this year. The Red Bull Ring has not been overly kind to Hamilton, in particular, compared to other circuits. Since its return to F1 in 2014, the Brit has won just twice in the nine events held before this weekend. A perfect venue, then, for Verstappen to turn the screw.

Lando Norris joined the Dutch driver on the front row to serve as an early-race buffer between the race leader and the chasing pack. With Sergio Perez lining up in P3, Max had plenty of help in ruining the weekend for Mercedes. After an early safety car triggered by Esteban Ocon being sandwiched and breaking his front right wheel lower down the order, Norris held his nerve to keep P2.

Sergio Perez was in no mood to be left behind the McLaren, though, and immediately piled the pressure on Norris down the three DRS straights. The side-by-side racing between Norris and Perez continued until the downhill Turn 4, where Norris left no room for Red Bull's number two on the outside. After sliding across the gravel but making it back on track, Perez re-emerged in tenth place and unable to play the rear gunner for Red Bull.

That Perez assistance wasn't required, however. Norris had enough speed to keep ahead of the Mercedes duo behind him. Lewis Hamilton led Valtteri Bottas as the front four streaked clear of the pack. Although the McLaren had made great strides forwards in pace, challenging for the podium places appeared to surprise the team as much as the onlookers. Norris's engineer informed his driver of Pierre Gasly's lap times, but there was no need to worry about the AlphaTauris behind – Lando kept up with the Mercs on merit.

Fortune wasn't smiling on Perez further back, though. Following his earlier troubles, the Mexican hadn't found any way to push back through the order. Instead, the Ferrari pair of Charles Leclerc and Carlos Sainz honed in on him, with the Scuderia again being a quicker car on Sunday than Saturday. Fresh from an overtaking masterclass one week earlier, Leclerc edged past Perez thanks to intelligent driving down at the bottom of the hill. 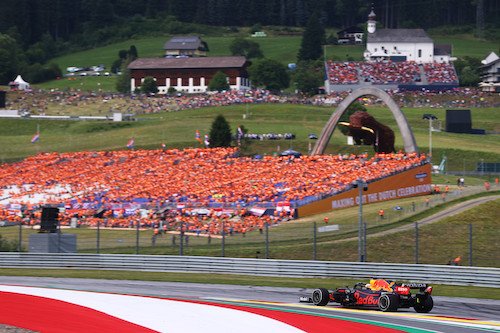 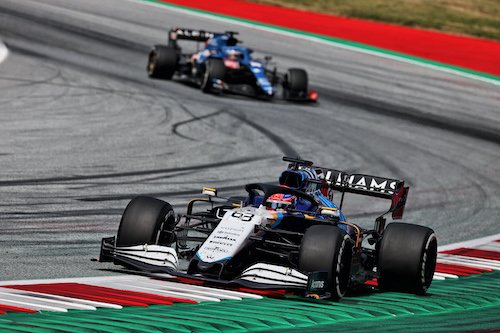 That Turn 4 right-hander seemed to be the spot for incidents and overtakes. After a staunch defense, Norris couldn't hold Hamilton back anymore, and the Mercedes driver got past into the corner. On the same lap, the stewards issued Norris a 5-second penalty for his part in Perez's off-track excursion at the very same turn. Following the pit stops, Leclerc was behind Perez again and tried repeating his move earlier in the race. In an ironic twist of fate, Perez was now the one forcing a competitor wide, similar to how Norris left him no room earlier. Like Norris, the stewards promptly added a 5-second penalty to Perez, too, before adding a second a few laps later for a second crime against Leclerc.

In the race for the podium, Bottas eased past Norris in a pit stop battle while the McLaren man served his 5-second penalty. Now down in fourth, Norris became the hunter rather than the hunted. Faced with the prospect of the unexpected threat of McLaren potentially edging out both their drivers, Mercedes allowed Bottas to fight Hamilton for second place. Thei champion driver had to play the number 2 role thanks to a damaged floor costing the Brit lap time. A wise decision from Mercedes, too, as it didn't take Lando long to pass Hamilton once the 7-time champion was in his sights. By the time he reached third place, though, Bottas had cleared just enough space to remain out of reach for the remainder of the race.

With the front four positions settled, the final point-scoring places were changing throughout the dying stages. George Russell missed out on his first points for Williams by just three laps after holding back an onslaught by Fernando Alonso as long as he could. Ferrari allowed Sainz past Leclerc to chase down Daniel Ricciardo, too, thanks to the Spaniards fresher tires. A fruitful choice as Carlos got by the man who replaced him on the penultimate lap. With Perez taking the 10-second penalty, Sainz grabbed P5 by under a second for good measure in yet another fantastic midfield scrap.

With the triple-header over, Formula One now heads to Silverstone. The British fans could be in for a glum weekend. Their home hero, Hamilton, may have a straight newly named after him at the circuit, but unless Mercedes dig deep, it looks unlikely Lewis will be winning the British Grand Prix. However, if there is anywhere for Hamilton to mount a fightback against Red Bull, the Northamptonshire circuit where he's won six of the last seven Grands Prix will be it. The pieces look set for a scintillating Verstappen vs Hamilton battle.