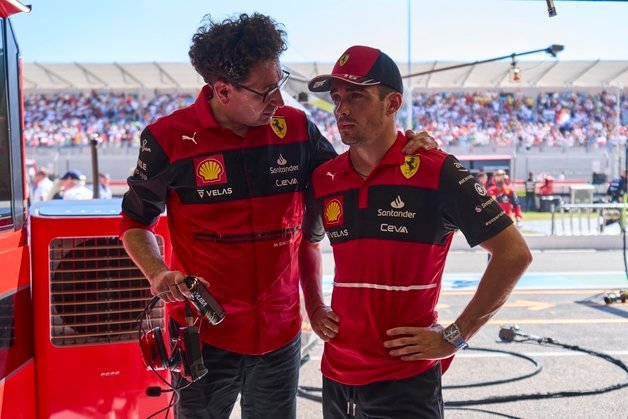 Formula One's 2021 World Championship season was one of the sport's most intense and entertaining seasons in recent memory. The battle between eventual champion Max Verstappen and Lewis Hamilton all year long was nail-biting until the very last lap of a sensational sporting season. When 2022 started, it looked like we might be in for another year of the same, thanks to how evenly matched Red Bull and Ferrari were. Charles Leclerc and Max Verstappen engaged in the wheel-to-wheel racing we had last year, but with less hostility, and for a fleeting few weeks, it looked like Ferrari was the team to beat. But, as it's turned out, there's no need for anyone to beat them instead, they beat themselves.

If I weren't a neutral fan who only wants another close championship fight, it would be almost impressive to see Ferrari making life harder than it should be. Reliability woes aside (and Carlos Sainz's fiery inferno at Austria is a literal burning effigy of that), the team seems oddly adept at being able to snatch defeat from the jaws of victory. The 2022 season is becoming a masterclass on how to lose a championship.

I have no pleasure in writing how error-prone the Scuderia are in every area of their team. I have long wished for a Verstappen vs. Leclerc championship fight ever since it became clear the two were to be the sport's future many years ago. To be so close to having that duel this year, only to see Ferrari hand victories on a plate to their direct rivals, is frustrating for me watching impartially, so I can only imagine how galling it must be for a Tifosi. 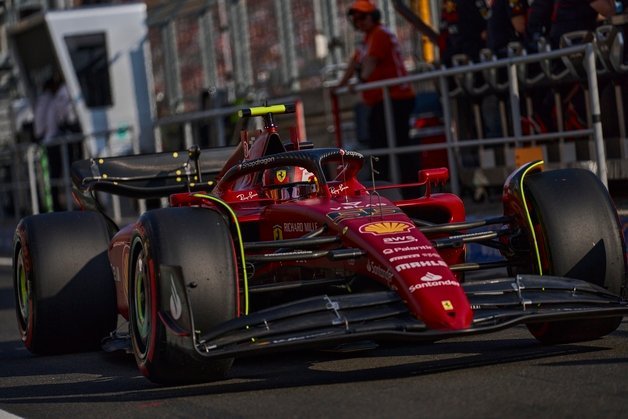 Let's run down some standout moments of self-sabotage we've witnessed this year. Ferrari fans, you might want to skip this list if your wounds haven't yet healed.

– In Spain, Leclerc was leading the race by some margin as Verstappen struggled with DRS problems before a turbo failure ended the Monegasque's race, handing Verstappen the win.

– One week later, at Monaco, a track where it's nearly impossible to overtake, Ferrari's strategy converted a 1-2 start into a race loss, with Leclerc's pole position converted into a P4 finish without any on-track overtakes. – Sainz and Leclerc had mechanical woes in Azerbaijan and retired, the first two of four Ferrari-powered cars failing to finish the race.

– Ferrari only pitted Sainz at Silverstone under the Safety Car, causing race-leading Leclerc to finish the British Grand Prix off the podium.

– A fire ended Sainz's hopes of what looked to be a second-place finish in Austria and a Ferrari 1-2 in a race where they were the quickest cars by some margin. 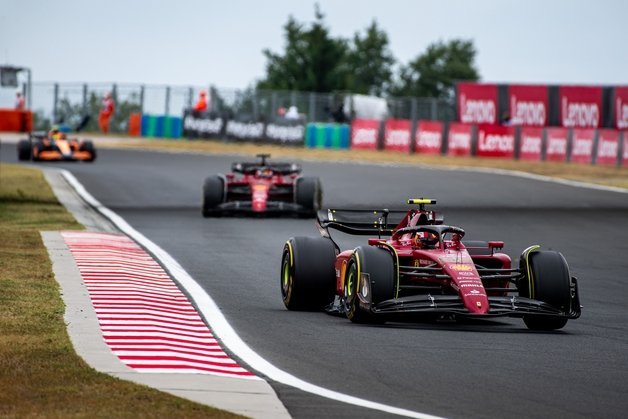 – After overtaking Sergio Perez to reach the podium positions in France, Ferrari immediately pitted Sainz, who instead finished P5

– And, of course, this last round in Hungary before the summer break, where Leclerc's lead ended up being a P6 finish after Red Bull scared Ferrari into equipping the hard Pirelli tire. Oh, and they also gave Sainz a slow stop to keep him off the podium.

I'll be honest. I didn't expect the list to be so extensive before researching and remembering the many Ferrari failures this year. And these seven races of woe ignore the self-inflicted driver mistakes that both drivers bear sole responsibility for. Sainz's gravel-ending races at Australia and Imola didn't feature, and neither did Leclerc's Imola spin or the French crash from the lead. It's an utterly embarrassing read, and if even half hadn't happened, the points swing back in Ferrari and Leclerc's favor would mean this 2022 championship would still have life in it. To ease the concerns of any potential newcomers to Formula One who have adopted Ferrari as their team, I can assure you that these catastrophic failings are not anything new for 2022. Ferrari has long had a knack for falling short. So, if you are disappointed in your red heroes this year, imagine what it would've been like had you followed them when their pit stops cost their drivers world championships instead of just victories.

2010's season finale had a Fernando Alonso and Ferrari partnership entering Abu Dhabi with the driver's championship lead and a 15-point advantage over Sebastian Vettel. However, Ferrari's short-term thinking had them only focus on Mark Webber, the closest driver to Alonso in the standings. They pitted the Spaniard early in the Grand Prix to ensure he stayed ahead of Webber, ignoring the rest of the race. Long story short, Alonso beat Webber, but Vettel won the race and the championship because of Ferrari's pit wall.

In 2008, Felipe Massa could have stopped Lewis Hamilton from taking his first world championship. One point separated them as they headed into the final four flyaway races. And then Singapore happened, where Massa qualified in pole position and led the race. That is until Ferrari forgot to release the fuel hose when they let him leave his pit stop. After an agonizing wait for his crew to run down the pit lane, he rejoined the race in last place. He didn't score in that round and lost the championship by a single point. Hmm.

Whatever the problem is in 2022, it seems deep-rooted in Ferrari. They seemingly lack the clinical edge to outdo their opponents consistently. With Mercedes recently demonstrating how ruthlessly efficient an F1 operation needs to be to win multiple championships and Red Bull's long history of making the best strategy calls, Ferrari doesn't seem to be at the same level.

It's been 15 years since Kimi Raikkonen won the World Drivers' Championship for Ferrari primarily thanks to the infighting at McLaren that year, may I add. Something anything must change to address the shameful strategies and mistakes of the Maranello squad. If it doesn't, it could be another 15 years before we see the next Ferrari champion.