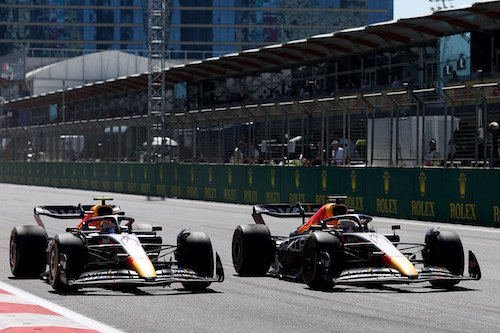 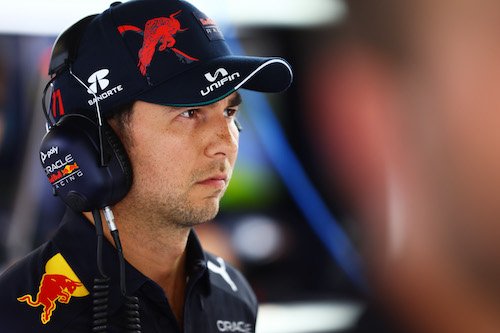 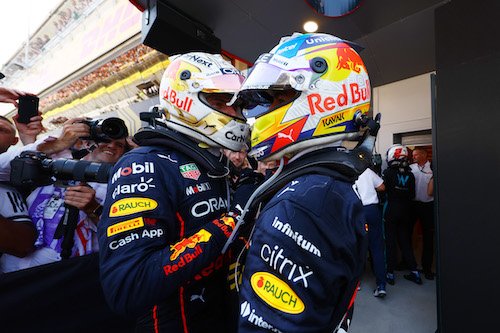 The 2022 Formula One season still feels like it's ramping up, yet Red Bull has twice invoked team orders in the opening eight rounds this season. As with any team that decides to exercise their rights to tell their two employees how to race, the radio messages ordering Sergio Perez to let Max Verstappen overtake him have drawn criticism from fans. Yet Red Bull Racing didn't do anything wrong – there are no issues with being explicit with team orders in 2022, according to the rules – so why the fuss?

Formula One's team orders are a funny ol' business. We all watch the sport because we're fans of racing, just like those employed within the travelling circus known as F1. Yet it's here where the difference between those with skin in the game and those tuning in on a Sunday is laid bare.

The facade that the team members are simply fans that want to enjoy wheel-to-wheel action drops when they tell their drivers not to fight or to cede position. It is here when the business side of the sport is on display. Remember, while we revel in the drama of an intra-team Daniel Ricciardo-Max Verstappen Azerbaijan 2018 crash or Lewis Hamilton-Nico Rosberg Spain 2016 collision, picking it apart frame-by-frame and making memes, the teams are left counting the cost – not to mention literally picking up the pieces.

That's why I sympathize with the race engineers and Team Principals who make the calls to go against their fan instincts and stop any possibility of their two cars coming together. Points are forfeited to rivals, parts get broken, and championships might be lost when teammates collide. Not to mention the cost implications of missing out on prize money and spending more on spare parts. Telling a driver to move out of the way to avoid any of those headaches is the most logical decision when you break it down to those discrete parts.

However, Formula One is still a sport. A business, too, for the ten teams, yes, but it's competition between twenty drivers at its most basic. This simple fact means it is inevitable that the two racers in a team's car contest will be in the same championship. And because it's a sport, every decision has intrinsic human emotion, dialed to a higher degree because these are naturally competitive sportspeople. Whether for the final points-scoring position or the race win, there's a profound impact behind every team order, whether or not the drivers obey them.

So, while I understand Red Bull's two calls to ask Perez not to defend from Verstappen in Spain and Azerbaijan, I disagree with them from a competitive standpoint. It's an anti-competition choice, and the human cost to the driver on the short end of the team order stick can lose morale and become disillusioned with the sport.

Furthermore, Red Bull started the process even earlier than most remember. They instructed Perez not to overtake Verstappen in the Spanish Grand Prix to allow Max more time to attack George Russell even though the Dutchman was racing with a broken DRS system. As a result, Perez lost a lot of time and possibly an easy race win by waiting behind his world champion teammate in those laps while running on a completely different strategy. 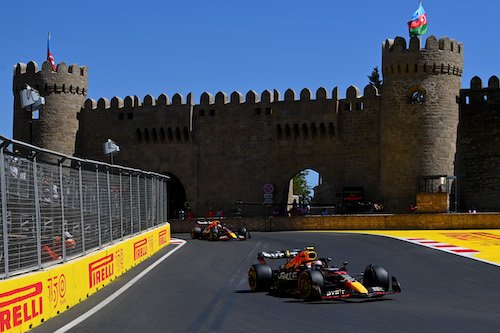 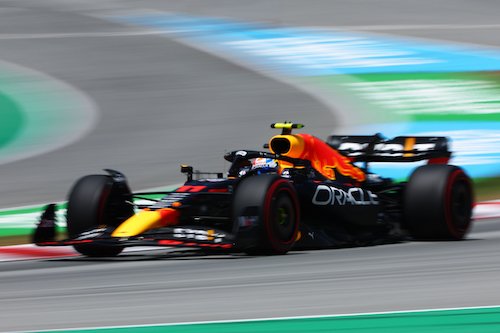 The problem here, though, is the timing in the season that Red Bull is dictating to their drivers what they should do. We're still five races away from the summer break, and partly due to mechanical failures, there's no runaway driver atop the championship standings. When reflecting on the Spanish Grand Prix, that point stands even starker – it was round six of 22; in other words, the start of the championship. So, the instructions translate to telling Perez that he's not allowed to be the world champion this year, no matter how hard he tries. That's horrible enough to hear from the sidelines, let alone being the driver inside the cockpit.

Put aside the ifs, buts, and maybes for a second and go down a Sliding Doors alternate history with me. If Perez was allowed to pass Verstappen in Spain and thus overtake Russell as he did, Verstappen may never have caught up to Perez in the race. Or even if he had, without the team order, there's no saying Verstappen would overtake with equal machinery on a track where passing is tough to do. So that's seven points lost for Max and seven gained for Perez – a 14-point swing (let's leave the Fastest Lap point out for this).

In Baku, had Red Bull not told Perez "No fighting," then the Mexican could've defended from Verstappen with both drivers running the same power unit – it could be another 14-point swing. We saw in Abu Dhabi how well Checo could defend when he slowed Lewis Hamilton down on essentially dead tires, after all. That'd see Perez with 143 points, Verstappen with 136, and Sergio now on a three-win race run to give momentum into the upcoming frantic seven weeks containing five Grands Prix.

Sure, Ferrari could sort themselves out as the season progresses. That will mean Verstappen might need every point possible to be champion ahead of Charles Leclerc this year. Still, Red Bull not giving their other professional athlete who has devoted his life to racing the same chance doesn't sit right with me.

Of course, with six races remaining and a 50-point difference, there's an entirely different argument, and I'd have no complaints. But this early in the year? No. Red Bull has effectively confirmed there are only 19 drivers in the fight for this year's world championship by using team orders so soon, and that's, frankly, a travesty for the sport.