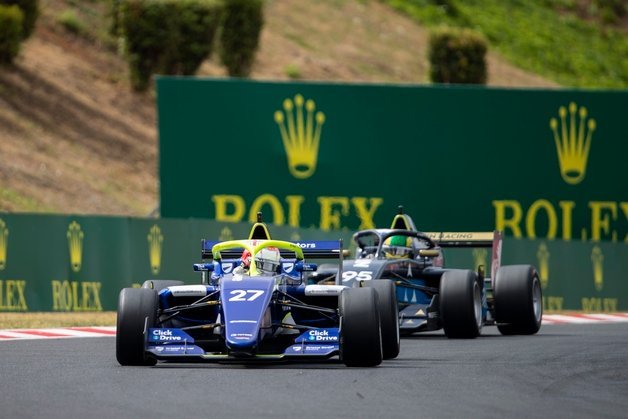 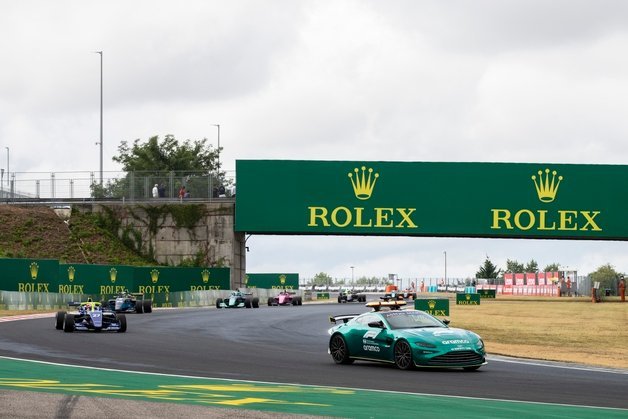 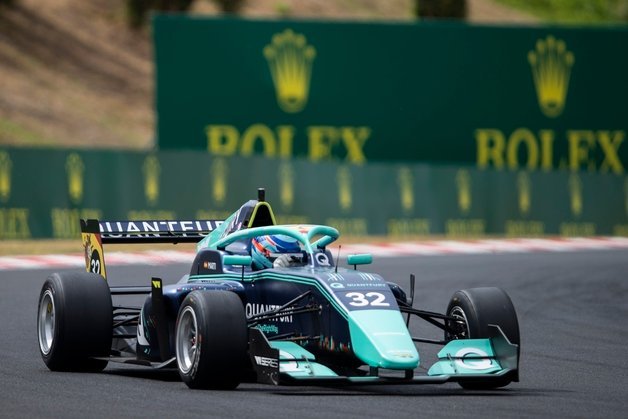 Alice Powell has ended Jamie Chadwick's sensational run of wins after besting her long-time W Series rival in Hungary to return to the podium's top step. Powell's pole position at the tough-to-pass Hungaroring circuit meant the Bristol Street Motors driver could lead from the front and emerge victorious for the fifth time in her W Series career. Despite missing out on the win, Chadwick has plenty to celebrate as she extends her podium-finishing streak to 13 races and opens her championship lead to a seemingly insurmountable 75 points.

Although stormy conditions had been forecast for the W Series, and the earlier F1 FP3 session had soaking wet conditions, the race took place on a rapidly drying track. A Safety Car led the drivers on the Formation Lap before peeling in to allow the grid to have a rolling restart due to the circuit's damp surface. Sadly, even with the slow speeds in the Formation Lap, Nerea Marti fell afoul of the low grip and span off the road to lose her P3 position before the race had officially started.

With the Safety Car in the pits, Powell led Beitske Visser and Marta Garcia down the start-finish straight to undertake the first racing lap. Behind the leading trio, Chadwick wasted no time progressing from her P5 starting position after her tricky Qualifying and made her way past the struggling Marti to reach fourth place. Chadwick's confidence in braking was in stark contrast to her Qualifying laps one day earlier.

Marti's day was about to get much worse as she tumbled further down the order after her Quantfury teammate Belen Garcia tagged her right-rear wheel at Turn 5. The two Spaniards that joined Chadwick on the podium one week ago in France now had ruined each other's race, with Marti falling to last place and Garcia into the bottom eight racers. Neither driver recovered to score points and would finish P12 and P13, respectively.

While Marti headed backward, Chadwick kept her momentum by taking another position on the second lap and overtook Marta Garcia to reach P3. After that, the point-scoring places became a battleground, as Emma Kimilainen and Abbi Pulling dueled for P5. A valiant defense from Pulling meant she could fend off her Finnish rival, and Kimilainen ended in P7 after falling behind Jess Hawkins during the scrap. At the front, Powell and Visser's fought for first, and their tussle allowed Chadwick to close up in an electrifying start to the race.

Kimilainen's pursuit of higher places continued with an attempt to pass Hawkins and recover her lost P6. But, unfortunately, a late-braking maneuver into Turn 1 meant that Hawkins turned into the corner without knowing Kimilainen was there, and the two collided. The Brit spun out onto the run-off area and rejoined at the back of the pack, while Kimilainen headed to the pits with a broken car to retire. The Finnish driver's hero or zero 2022 season in W Series continues with her third point-less weekend. 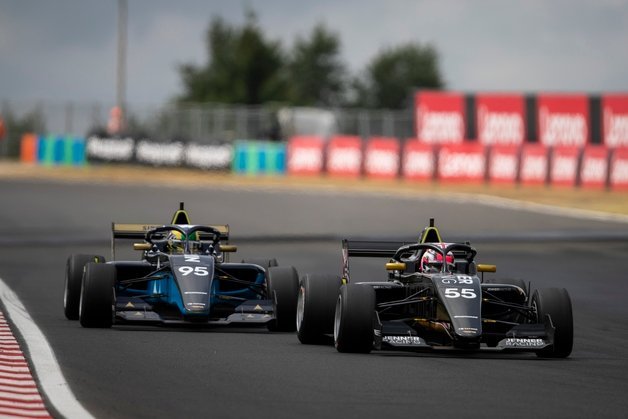 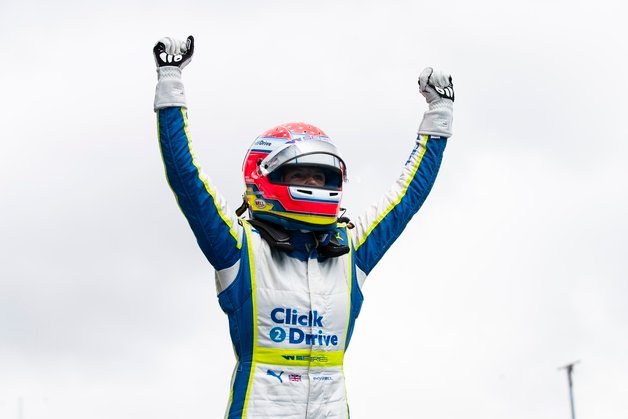 Back at the front, the jostling for position between Powell and Visser had allowed Chadwick to get close enough to attack P2. The start-finish straight was the place to pass, and Chadwick's confidence on the brakes let her out brake her Dutch rival on the inside line into Turn 1, and she was up to second place. A well-positioned defense on the apex of the first corner prevented Visser from fighting back into Turn 2, and Chadwick was free to chase down Powell for the race victory.

However, any further progress through the order for the double champion would have to wait, as rookie driver Bianca Bustamante had crashed into the barriers. The W Academy racer badly damaged her car's suspension but tried to recover to the pit lane. Unfortunately for her, the uphill pit entry meant she didn't have enough speed to recover to her garage. With the car blocking the pit lane, the race director required the Safety Car's services to allow the marshals to get a JCB on the track.

Even though Chadwick could close in on Powell thanks to the Safety Car slow-down, there were no further passes at the front when green flag conditions returned. The Scuderia W pairing of Sarah Moore and Abbie Eaton traded places towards the lower point-scoring positions, but there'd be no further change of the podium places, allowing Powell to become the first non-Chadwick winner of 2022.

Speaking to Fortloc after the race, Powell explained that she wasn't too worried about the Safety Car, despite it potentially threatening her P1:

Some tire graining appeared on Powell's front right Hancook after the restart, but she explained that this wasn't any concern and didn't affect her pace:

"I think it would have just been [because] we started fully on a dry setup. We changed on the grid, and then it was a little bit sketchy at the start. I don't know whether pushing that front right a little bit when the conditions weren't ideal ended up killing it a little bit. I only really paid attention to it under the Safety Car, but it actually felt alright on track."

Chadwick's late-braking moves into Turn 1 helped her progress through the field, and she acknowledged a confidence difference from her Qualifying performance:

"I had a problem with the front brakes [which] were locking yesterday, so it caused me to have a lot of rear lock-ups. I didn't know if I was going mad or if I was struggling a lot yesterday. I just knew, whatever the case was today, that I just wanted to get confidence again. And make sure I could make amends for where I was struggling yesterday. Fortunately, straight away, I just had so much more confidence, and I could make the most of that despite the tricky conditions."

Visser could enjoy the support of the Dutch fans who had traveled en masse for Max Verstappen to Hungary in her first European W Series podium since 2019. She felt that backing on the rostrum:

"It's very, very good to be back on the podium. I saw many Dutch fans out there, so that was cool to see as well. I think last year, I had a lot of issues and bad luck going on, so this year things are going back the right way. Once things start to go well, then you get in the right flow again, and everything seems to come easier."

W Series now has a long break before returning in October to support the Singapore Grand Prix. An announcement last week stated that W Series would not race in Japan as scheduled and instead stage its sole Asian race at the equatorial city-state.