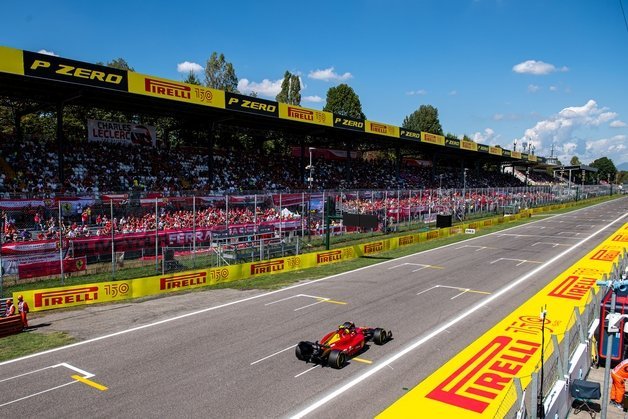 Red Bull and Max Verstappen continued to demonstrate their credentials for winning Formula One races irrespective of their starting position, with Max's latest triumph coming from a P7 start. The 2022 Italian Grand Prix had plenty of potential with a mixed-up grid after many drivers took engine penalties but fell to a flat ending as a late Safety Car prematurely ended procedures.

Verstappen was one of nine drivers nearly half the grid to start lower than his qualifying position, but he didn't take long to make his way through the order and into the lead. Hopes of a home win for Ferrari briefly appeared for Charles Leclerc when Daniel Ricciardo's McLaren stopped on track, but for the fifth time in five racing weekends, Verstappen took the checkered flag.

Charles Leclerc and George Russell shared the front row, and although Russell went for a move on the outside of Turn 1, polesitter Leclerc remained in first by the second corner. The pair were two of only a handful of drivers to start the race on Pirelli's soft compound tire, while most of the field began their 305km Monza trip on medium rubber. 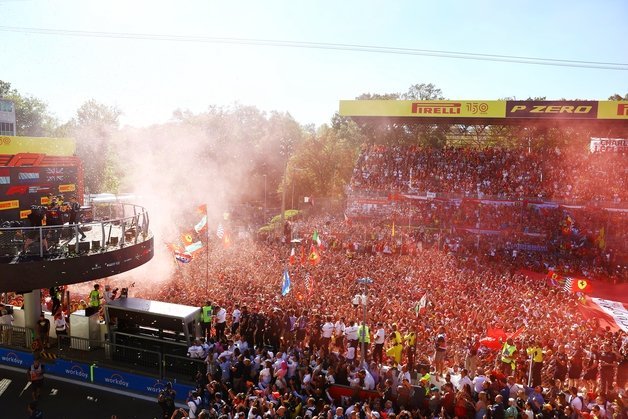 The soft tires helped Leclerc fend off Russell's advances, but Verstappen appeared to be the primary benefactor on the opening lap. Although he began the race in P7, he was already in the top three after one tour of the Temple of Speed. By Lap 5, the champion-in-waiting had inched up behind Russell and passed down the main straight, barely needing DRS with the straight-line speed advantage of Red Bull's 2022 car.

Leclerc was next in line to be the next victim, but the loyal Tifosi Ferrari's home fans still had plenty to cheer thanks to the sister Prancing Horse. Carlos Sainz began his Sunday from P18 after his post-qualifying penalties but was making short work of the backmarkers. The Spaniard sped past his rivals to be in the top 10 by Lap 6 and was crucially ahead of Sergio Perez, who had started the race in P13.

While Sainz was showing the performance gap between the top teams and everyone else, Perez's lack of speed saw Red Bull pit the Mexican driver early to try a different strategy. It was a bold move and seemed even riskier when smoke appeared from the front-right wheel. However, Perez continued his race without issue and would later leapfrog a midfield DRS train of traffic led by Daniel Ricciardo, thanks to his early stop. 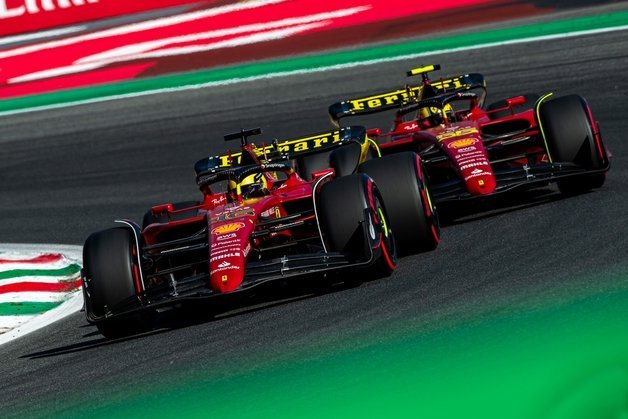 In his last race at a circuit where the crowd once loved him, Sebastian Vettel had his day come to an early end when his engine failed, triggering a Virtual Safety Car. Although it was before the pit stop window, Leclerc chose to pit from the lead with the on-track slowdown. He emerged in P3, ahead of the Ricciardo-led DRS train, and could race without traffic while waiting for those in front to pit.

Another Sunday of split tire strategies for the podium places became clear. Leclerc's early stop for mediums meant he would need to make it a two-stop race, while Russell opted for an extended stint on Hards, and Verstappen would take on a set of mediums, like Leclerc, but on a one-stop strategy.

Leclerc's second stop for a final set of softs with 20 laps to go had him come out behind Verstappen, but with fresher, softer rubber to chase down his foe. However, he would need to cut one second per lap out of Verstappen's lead to win the race a tall order. In the other Ferrari vs. Red Bull fight, Sainz's pit stop had him return to the track behind Perez, but Perez had old tires, and Sainz didn't take long to overtake his rival into the Roggia chicane. 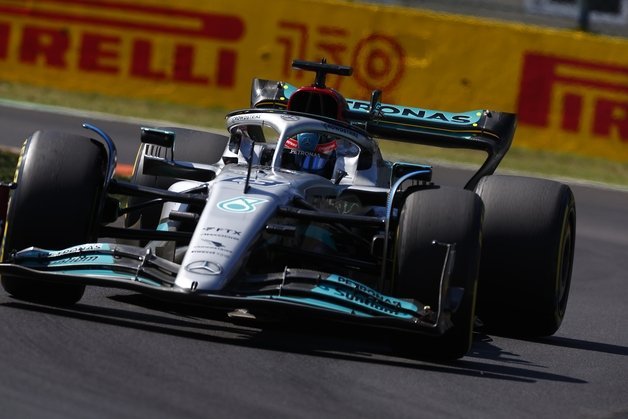 Aside from Sainz, another standout performance from the lower positions on the grid came from Lewis Hamilton. The seven-time champion started the race from the back row and hadn't progressed too aggressively on his opening stint. However, after his mid-race pit stop, he surged through the midfield, including an impressive double overtake on Lando Norris and Pierre Gasly.

Perez's long-stint one-stop strategy began to fail as the race drew to a conclusion, and Red Bull pitted him for a final set of softs to promote Hamilton to fifth. Hamilton and Sainz's advancements through the field had them gain an impressive 14 places apiece over the race's 53 laps. However, Red Bull would've picked up more points if they had waited to pit Perez for another four laps.

After being a running roadblock through much of the Grand Prix, Ricciardo's McLaren suffered an oil leak on Lap 47. The Safety Car took to the track to neutralize the race, but it took so long for the leaders to bunch up behind it that racing wouldn't resume, handing the win to Verstappen without any frantic final-lap finish. 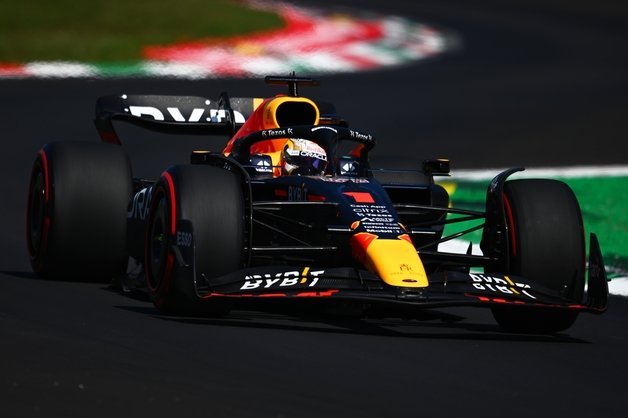 The race brings the triple-header, and the European season to a close, as F1 sets off for the final flyaway races. Verstappen's fruitful summer months mean he could take the title in the next race in Singapore at the start of October with five rounds remaining (including a Sprint Race). Formula One now has a two-week break before racing under the Singaporean night sky for the first time since 2019.