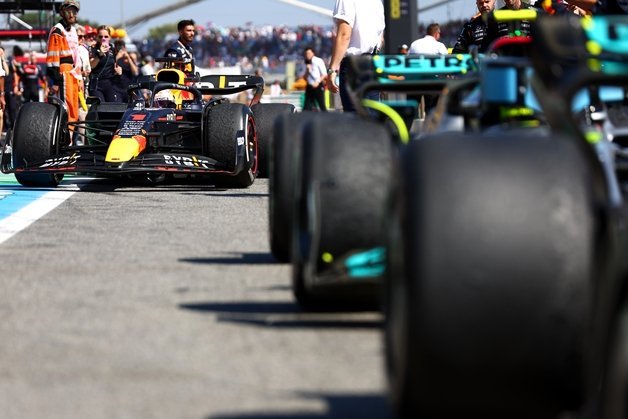 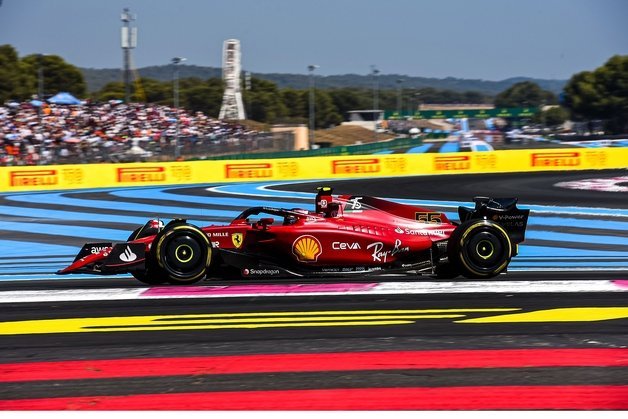 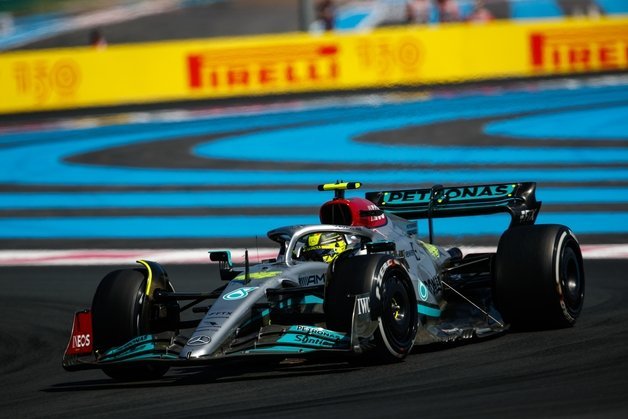 Max Verstappen enjoyed another race win in his impressive Formula One season after yet another disappointing Sunday for Ferrari at the French Grand Prix. Charles Leclerc led the race but spun into the tire barrier after a snap of oversteer early in the race to retire from what looked likely to be a victory. Carlos Sainz in the second Ferrari also lost out on a podium finish after a dangerous first pit stop and a bizarre strategy call. Sainz managed to work back from the last row to P5 but still will be disappointed to leave France without a trophy.

Leclerc's converted his pole position into the race lead at what might be the last French Grand Prix for a while if you believe the rumors. Verstappen followed his championship rival into second place, while his Red Bull teammate Sergio Perez fell from P3 to P4, allowing Lewis Hamilton into third place. An engine change after Sainz's fiery retirement in Austria meant he had to start from the back row, but he ran with the Hard tires on a contrary strategy to try and gain positions while others pitted.

The opening laps saw two Red Bull battles as Verstappen tried to overtake Leclerc for the lead while Perez kept Hamilton company for P3. Hamilton didn't have the early race pace as the two leaders and had dropped back, meaning he and Leclerc both had to defend from the charging Bulls without DRS to assist. However, even with the long Mistral Straight letting Verstappen and Perez close in, neither driver could catch their prey.

Red Bull forced the issue by calling Verstappen in on Lap 16 to switch tires and try and gain an undercut to pass in the pit lane. Any benefits of the fresh Pirellis wouldn't be necessary, however. Even without Verstappen filling his rearview mirrors, Leclerc pushed too hard at Turn 11 and lost his Ferrari's rear end. Then, a 360 spin over the Paul Ricard run-off area left the championship hopeful in the tire barriers and out of the race from P1.

The resulting Safety Car period didn't help Ferrari much, either. Although they brought the sole remaining F1-75 in to pit, a delay in the pit stop saw Sainz exit his box into the path of Alex Albon, who needed to slam on the brakes. Unsurprisingly, it didn't take the stewards long to hit the Spaniard with a five-second penalty for the unsafe release, meaning Sainz had to roll his sleeves up even further. Nevertheless, he had reached P8 by the time the Safety Car hit the track and looked fast despite the weight of a time penalty now hanging over him.

The benefit for Sainz after the pit lane chaos was that he now had switched to the Medium Pirelli rubber while his rivals had swapped to the Hard compound. The tire advantage he now had meant an overtaking blitz. Once the Safety Car returned to the pits, Sainz dispatched the midfield in a handful of laps and chased down the front four of Verstappen, Hamilton, Perez, and George Russell. 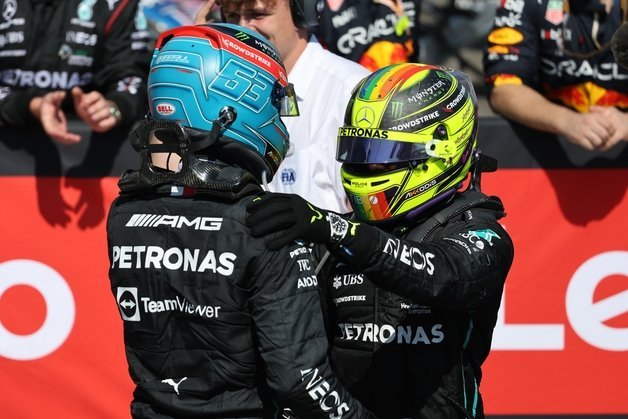 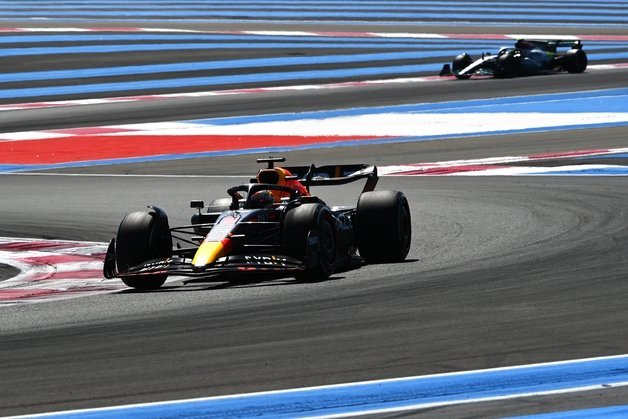 Verstappen and Hamilton began to streak clear of P3 in an encouraging sign for the Silver Arrows, who finally looked capable of battling Red Bull. Sainz would have to settle for fighting the leaders' teammates Perez and Russell instead. Russell would be the Spaniard's first target, and a sweeping move on the outside of the Signes corner had Sainz reach the doorstep of a possible podium place after his back row start.

However, Sainz's overtake of Perez wouldn't be as easy as his pass on Russell. The Ferrari was the quickest car, but as he often does, Perez defensively placed his Red Bull throughout the lap to keep Sainz behind. However, Sainz used the twisty final sector to his advantage by probing the Mexican's defenses with some half-moves. Then, with Perez having to go off the racing line to defend, Sainz made an audacious move on the outside of the penultimate corner to give him the inside line as the pair took the last turn, and the final podium place was his.

Russell had kept close to the quarreling duo ahead and attempted to overtake Perez one lap later. His divebomb down the inside of the Nord chicane didn't work out, though, and Perez kept the position after running over the escape road to avoid contact. Their fight for P4 suddenly became a battle for P3 Ferrari had bafflingly called Sainz into the pits just one lap after his Perez overtake. Sainz would return to the track in P9, and he used his new tires to overtake the midfield (again) but would only reach fifth place by the checkered flag.

A late-race Virtual Safety Car for Guanyu Zhou's Alfa Romeo that had pulled over at the side of the road temporarily halted the intense Russell vs. Perez fight for third. However, it also proved to be Russell's determining factor in reaching the podium. When the race director returned the race to green flag conditions, Russell caught Perez napping in the final corners. He surged past the Red Bull to steal the final podium position with three laps to go, and managed to keep the Mexican at bay until the checkered flag.

Verstappen cruised to the win unrivaled after the earlier Safety Car, and Hamilton took Mercedes' highest finish of 2022 in P2. Russell's canny racing doubled the Mercedes celebrations, netting the German constructor a double-podium finish. In a race where both Ferrari's looked sure to get podiums, neither featured on the rostrum. Leclerc's DNF means Verstappen's win has extended the gap atop the championship standings to a massive 67 points. F1 returns in a week for the Hungarian Grand Prix for one last race before the summer break.