Dennis Excels in London as Vandoorne Closes on Title 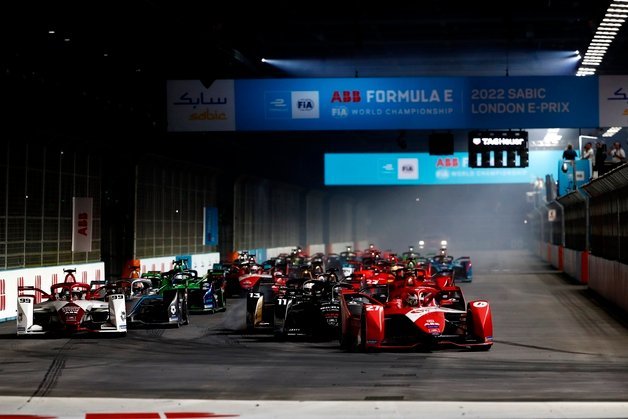 It was almost double domination in Formula Es London event for home hero Jake Dennis, with the British Avalanche Andretti driver scoring pole for both races in the double-header before going on to take a race win and P2 in a big weekend for the championship. The London ePrix circuit was modified from last year, and certainly provided more on-track action, with the layout continuing through the iconic ExCeL center in the heart of the London Docklands.

Coming into the weekend, Mercedes Stoffel Vandoorne was atop the drivers standings after stealing the lead from ROKiT Venturis Edoardo Mortara in New York. Realistically, four drivers were still in contention for the title; Vandoorne, Mortara, Mitch Evans, and Jean-ric Vergne.

Qualifying served up some surprises, with Mortara, Vergne and Evans all missing out on the duels for both races. This gave the advantage to the already leading Vandoorne who qualified P2 and P4 respectively. It was Andrettis Dennis however who dominated qualifying with two poles including a lap over a second quicker than Lucas Di Grassi in the shootout for pole on Sunday. 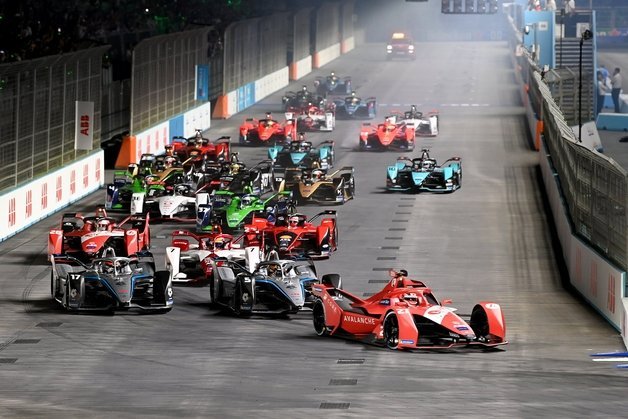 On the opening lap of the first race, Edoardo Mortaras race weekend went from bad to worse as his Venturi was heavily damaged in a collision with Sam Bird, resulting in the Swiss driver having to pit and ultimately finishing P18 at the chequered flag. Ironically, Mortaras Venturi teammate had the better weekend, with Di Grassi coming from the back of the grid to finish P9 in Race 1. Di Grassi then qualified second and won Sundays race in a gripping duel with Jake Dennis after some brilliant strategy from his Venturi engineers.

Last time out in New York Citys double-header, it was Envisions Nick Cassidy who took the plaudits after scoring both poles and winning the first race. This weekend in London, Cassidy had a strong showing in the first race, where he rose from seventh to challenge Nyck de Vries for the podium and ultimately grabbed the final podium place after the Dutch driver was penalized for moving under braking while defending from the Kiwi.

The DS Techeetah pair of Vergne and Da Costa had a poor weekend by their own standards, which included the teammates colliding together early on in Race 1. The highlight of their weekend was not great either Da Costa managed to reach P5 in Race 2. Unfortunately for the Chinese team, Vergne failed to score any points over both races and is all but out of the running for his third Formula E title. 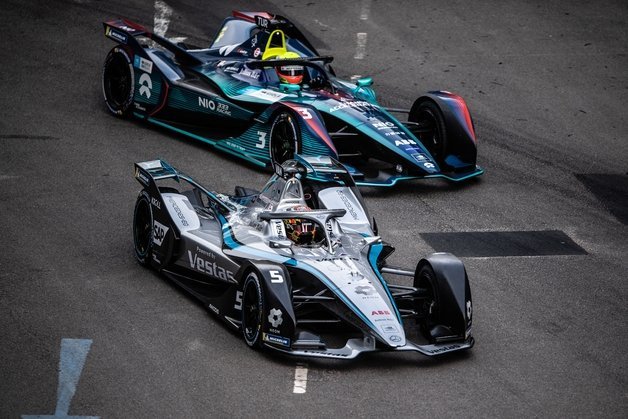 With both Mortara and Vergne not scoring any points over the weekend, it was a chance for Mitch Evans to grab the initiative and take the fight to Vandoorne. Unfortunately for the Jaguar team, Evans didnt perform well either and struggled in qualifying. He scored a solid P5 in the first race but suddenly retired from fourth place during the final minutes of Sundays race due to inverter failure. This leaves him P2 in the championship but with a 36-point gap to Vandoorne at the top. His British teammate Sam Bird managed to score 4 points in the second race in front of his home crowd after his crash and DNF in Race 1.

Despite showing rapid pace in Saturdays qualifying session, Dragon Penskes Srgio Sette Cmara struggled with energy conservation in the first race and fell through the pack after attacking early on. On the other hand, his ex-F1 teammate Antonio Giovinazzi, managed to put his car in third for the second race; outqualifying reigning champion de Vries in the process. Unfortunately for the Dragon team, Giovinazzi was given a drive-through penalty as a result of using too much energy and ended up retiring. However, it wasnt all bad, as Sette Cmara achieved a P9 and the teams first points of the season.

The Avalanche Andretti car was clearly quicker than most around the ExCeL layout, with Jake Dennis having won here last year. They went about fully maximising their pace in qualifying with Dennis on pole both times, while his American teammate, Oliver Askew, also performed well with a season-high P4 finish in the first race. After winning the opening race of the double-header in London last year, Jake Dennis reproduced his performance in this years first race with a dominant lights-to-flag victory. He almost followed this up with a second win but was beaten by the composed Lucas Di Grassi in a thrilling battle. 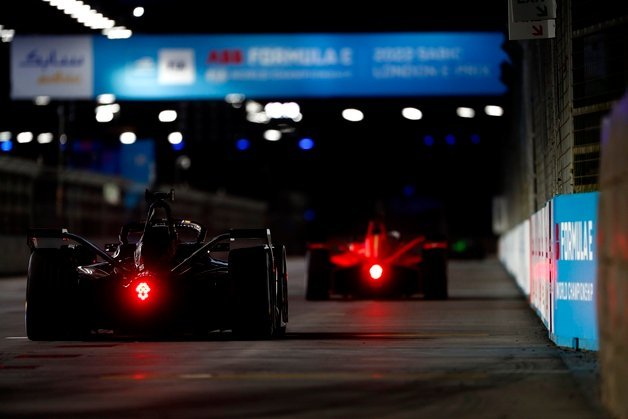 Mercedes were always going to have a strong weekend, with de Vries finishing P2 twice in London last year. In 2022, the Dutchman kept up this pace and qualified inside the top five for both races. It would have been two podiums, however a penalty for aggressive defending in the first race saw him drop from third to sixth. Nevertheless, two podiums between the Mercedes pair, including points in both races resulted in the German manufacturer experiencing the best weekend of any team in London this year.

The Mercedes-EQ team have the chance to win both the Drivers and Constructors Standings for the second consecutive year. Vandoorne did well to consolidate his gap at the top from the start of the weekend, with a solid P2 in Race 1 before a mega drive in the second race saw him rise from P13 all the way up to fourth. Consequently, both Vandoorne and the Mercedes team now lead both the Drivers and Teams standings by 36 points with just two races left.

It seems that the title race may almost be over. However, with this being Formula E, things are never easy and there is likely to be one final twist in the tale. Especially with the final round being in the South Korean capital of Seoul for the very first time on a brand-new circuit. This final double-header showdown will be on August 13-14th.