Verstappen soaks up late-race pressure to win in Canada 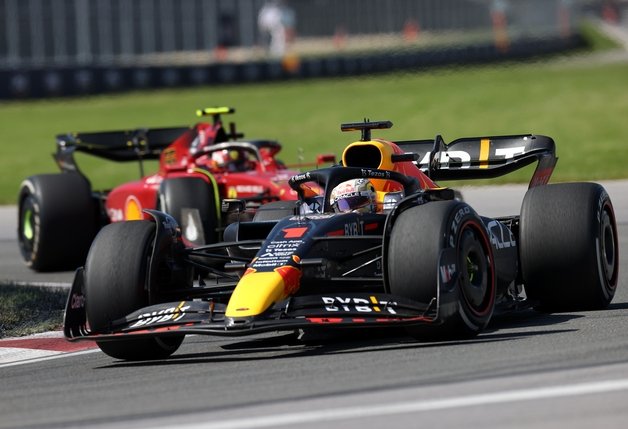 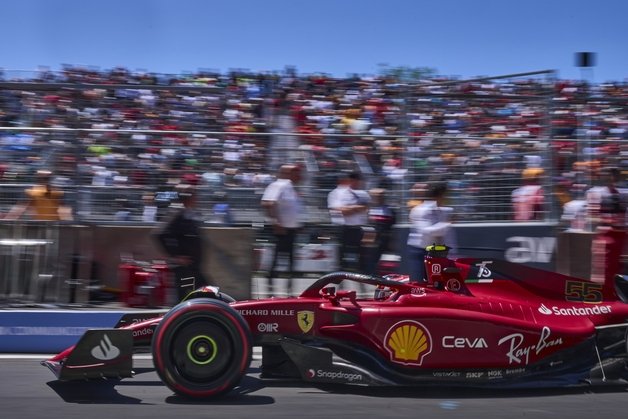 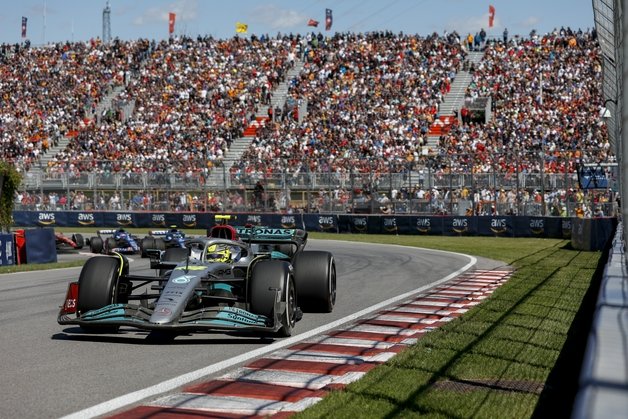 There seems to be a regular pattern emerging in Formula One after the Canadian Grand Prix saw Max Verstappen triumph while Ferrari couldn't quite get the most out of their strategy. However, Verstappen didn't have it all go his way this time out, but he drove a champion's drive to fend off a late charge from Sergio Perez after a Safety Car threatened to undo the Red Bull driver's hard work.

To make Verstappen's weekend even better, his nearest championship rivals, Sergio Perez and Charles Leclerc, stumbled, with his teammate suffering from gearbox issues and the Ferrari driver starting from the back row after an engine change. As a result, there are now some 49 points between the top of the standings and P2 as F1 heads to a busy July, and it increasingly looks like Max could have an even wider gap by the summer break.

A topsy-turvy weekend saw Leclerc start at the back and Fernando Alonso at the front following a wet Qualifying session. The 41-year-old Spaniard mastered the slippery conditions at the Circuit Gilles Villeneuve on Saturday to consistently be battling at the sharp end, ultimately rewarded with a front-row start alongside polesitter Verstappen for the race.

Unfortunately for Alonso, despite Alpine looking quick, he slid down the order as the race progressed but at least did well from the starting lights to retain P2. His compatriot and friend Sainz harried the blue and pink Alpine in the opening laps but had to wait for DRS before he could pass down the main straight, with Alonso simply powerless to fight back.

At the back, the whole field being well behaved on the opening lap meant Leclerc couldn't benefit from any crashes, spins, or other retirements to make his way forward, so he had to do things the old-fashioned way. Even with DRS trains forming, the Monegasque took a position per lap for the first five tours of the Montreal track to run in P5 by the fifth lap.

The race had its first of several slowdowns on Lap 7 when Sergio Perez retired from the race after his transmission couldn't change gear. The Mexican had started outside the top ten after a disappointing Qualifying session, and his miserable weekend came to an early end at the side of the circuit to give some drivers the chance to take a 'cheap' pit stop in the resulting Virtual Safety Car.

Perez's teammate and race leader Verstappen was one of the drivers to seize the opportunity. He took the early stop to take on Pirelli's hard tires, along with Lewis Hamilton, who was running behind Alonso in fourth place. However, they would need to nurse the rubber for a mammoth 61 laps for the predicted one-stop strategy to work, so those that didn't pit would've felt optimistic their newer tires would help them later in the race. With some other backmarkers also pitting, Leclerc found himself up to P12 by the time the VSC ended. 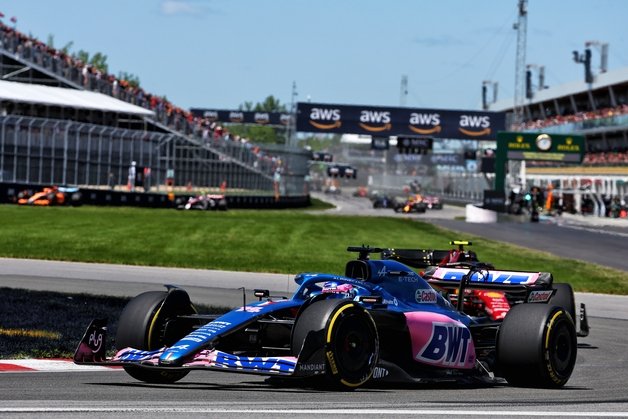 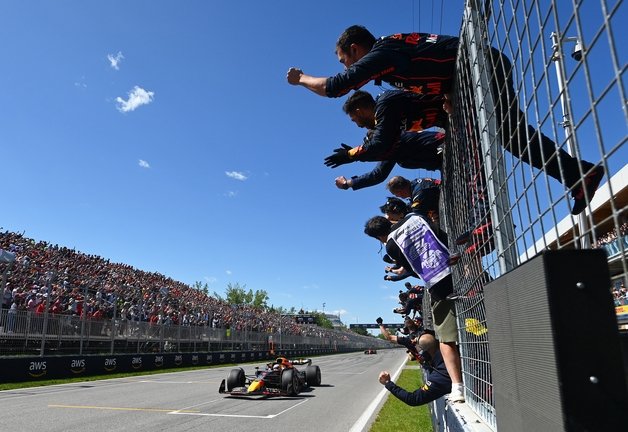 With the race back at full speed, Verstappen swiftly dispatched Alonso to run in P2 and only 5.5s behind Sainz, who elected to stay out in the full-course yellow flag period. However, the Ferrari driver had a second chance to swap tires nine laps later. Mick Schumacher joined Perez on the retirement list after his Haas engine gave up. This second VSC saw several drivers who didn't pit during the first period dive in for new tires, including Sainz.

With the race back under green flag conditions, Verstappen led from Alonso, who curiously did not take a pit stop, and Sainz, then Hamilton, in the top four. Unsurprisingly, Sainz and Hamilton didn't take too long to scythe past the Alpine on its old medium tires as Alonso tried to make a contrary strategy work and the middle portion of the race became a gradual gap-closing process for Carlos Sainz. The Ferrari driver was the only one of those in the podium places to have pitted in the second VSC and thus have more grip.

The difficulties in running on the older rubber soon became apparent as Max Verstappen began complaining to his team about the tire wear by Lap 34. Two barometers for tire life were Alonso and Leclerc, who managed to get to Lap 29 and Lap 34, respectively, before taking their first trip into the pit lane. It wasn't long until another Verstappen radio message – "Tires are really starting to struggle, mate" – came over the airwaves, and Red Bull pitted the leader on Lap 43.

Verstappen returned to the track behind Hamilton, who himself pitted one lap later, as those running their Pirellis since the first VSC could not make a one-stop strategy work. However, if either had waited for another few laps, they could've saved themselves a lot of time. The race director called for a Safety Car to take to the track after Yuki Tsunoda drove straight into the barriers after pitting.

Knowing that Verstappen was on much fresher tires behind him, Ferrari didn't hesitate to bring in Sainz from the lead during the slowdown to put him on a new set of rubber, too. The decision was the right one, and he queued up behind the Dutch driver behind the Safety Car, with tires that were several laps newer than Verstappen's and ready to take the fight to Red Bull.

The final 15 laps of running were frantic with Verstappen and Sainz slogging it out for the race lead. Sainz opted to recharge his battery on alternating laps and push forwards in between. Verstappen couldn't put a wheel wrong, else he would see the Ferrari race past him, but he drove faultlessly to retain the lead, crossing the line only one second ahead of Sainz in P2.

The result marks Verstappen's fifth win in six races and demonstrates how in control of the 2022 championship he is. Sainz will have to wait for another day to take his first F1 victory, but another podium will quiet down some dissenting voices. Hamilton's critics will also be at bay after he took his first silverware since the season-opening Bahrain GP, while Leclerc recovered to P5 and Alonso slipped to a disappointing P9. F1 returns at the start of July for an intense four-race month, where Verstappen will look to continue this impressive run of form.