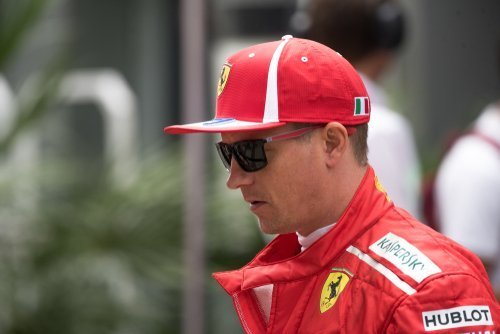 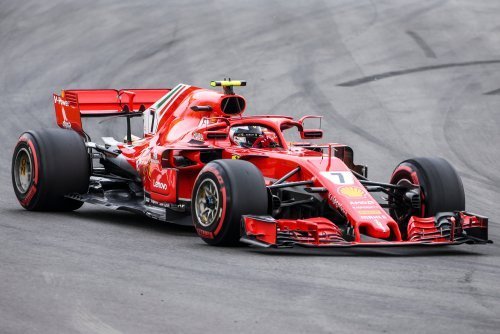 Prior to the Circuit of the Americas, the biggest news driver Kimi Raikkonen had made all season was his impending departure from Ferrari. Despite being in the top four of the Formula One standings, Raikkonen had failed to make much of an impression on the motorsport outside of re-signing with Sauber for next season. Yet, the Finnish former World Champion turned back the clock in Austin as he raced to the checkered flag and took his first win in five years.

The win was Raikkonen’s first since the 2013 Australian Grand Prix, and it came while he was still a member of Lotus. Over 100 races were run between Raikkonen’s wins as five long years elapsed between those victories. With three races left in the F1 season, Raikkonen could theoretically catch his Ferrari teammate Sebastian Vettel. However, his performances over the last half a decade and being Vettel’s “sidekick” means it is highly unlikely the Finnish driver will overtake his teammate. The good news for Raikkonen is his victory in Austin could be a sign of good things to come for Sauber in 2019.

It has been ten long years since Ferrari last won an F1 World Championship. Raikkonen was the last man to win the title before Red Bull, and Mercedes began their dominance. When Raikkonen returned to Ferrari in 2014, there was hope he could rekindle his previous driving success. Partnered with Vettel in 2015, the duo was considered a dynamic pair that could return Ferrari to the top of the motorsport. Yet, failure has ensued, and neither driver has finished the season on top of the pack.

Raikkonen’s fourth-place finish in 2017 was his best since returning to Ferrari. The aging driver has had cars capable of winning races, but something has held him back.

So, why has Raikkonen suddenly won his first race in years? The simplest reason could be that he is leaving Ferrari at the end of the season. The pressure is off his shoulders, and regardless of performances from here on out, Raikkonen will be with Sauber next year. Raikkonen’s win in Austin came after nine podium finishes. It has been his best year since that title win with Lotus.

Since joining Ferrari in 2015, Vettel has been the team’s primary driver. The experienced, aging Raikkonen has played second fiddle to the younger German. Vettel has finished third, fourth, and second since arriving at Ferrari. The team has always put Vettel ahead of Raikkonen with the latter being used to defend and provide a needed buffer zone between the former and the rest of the race pack. Raikkonen hasn’t performed well in this role, and Vettel has failed to win races consistently. 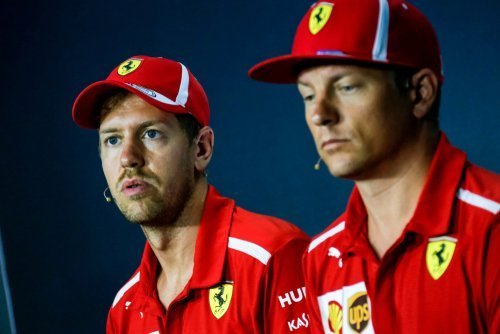 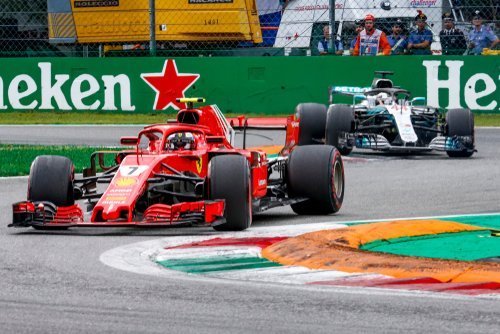 image:crisiano barni/shutterstock.com
Should Kimi Raikkonen have retired rather than signing for Sauber?

On September 11th, it was announced that Raikkonen had re-signed with Sauber for the 2019 season. The move came on the back of news he had been let go by Ferrari. Charles Leclerc was signed by Ferrari to take Raikkonen’s place, and expectations are high for the Monegasque driver.

Raikkonen will be 40-years old when the 2019 season starts. He is getting older and could have retired rather than continuing his career. Had he decided to walk away, Raikkonen would have opened up a place for a young, hungry F1 driver ready to prove himself. Another exciting driver like Leclerc could have earned a position with Sauber and given F1 a fresh face.

On the other hand, Raikkonen’s decision to continue driving could give F1 hope of another team challenging the motorsport’s status quo. If Sauber can design and engineer a capable car, the veteran driver could make the team a realistic title contender and end the dull dominance of Lewis Hamilton and Mercedes. However, given the dynamics of F1, that’s more of wishful thinking than anything else.

Raikkonen’s win in Austin gives F1 more questions than answers. Can Ferrari win the Constructor’s Championship? Does Raikkonen have anything left for title bid next season? Was Ferrari wrong to let him go? It has been a wild ride with Ferrari with more downs than ups since 2014. But Raikkonen could end on a high note with just three races left to run.