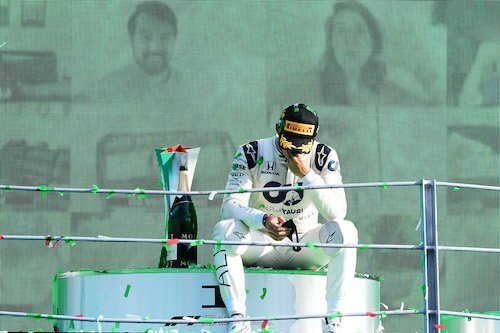 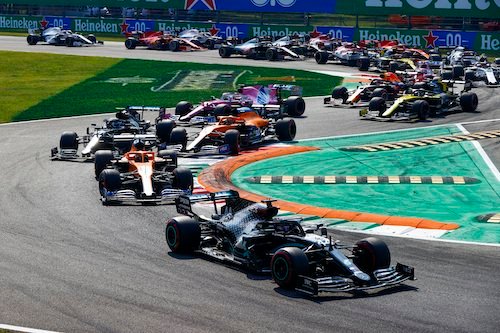 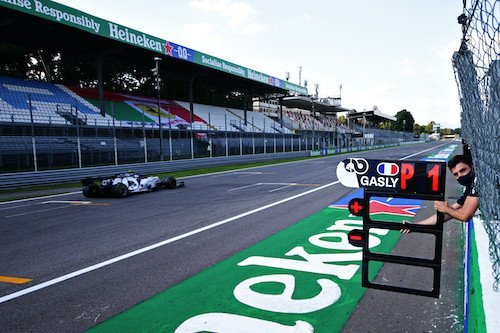 Formula One fans enjoyed a spectacle of racing at Sunday’s Italian Grand Prix, reminding everyone watching exactly why they love the sport. After a thrilling ending, it was first-time winner Pierre Gasly who took the chequered flag, just half a second ahead of the chasing Carlos Sainz. Viewers around the world shared the visible joy on Gasly’s champagne-soaked face with a race that won’t be forgotten anytime soon.

Despite the Grand Prix being the first to ban the so-called ‘party mode’ in engines, the Mercedes duo was again unstoppable on Saturday. Lewis Hamilton set the fastest lap for his 94th pole position, even without a slipstream. With teammate, Valtteri Bottas, qualifying just 0.069s slower, and seven-tenths ahead of the closest competition, another Sunday procession at the front seemed inevitable.

However, even from the first corner, it was clear that this race wasn’t following the 2020 playbook. Hamilton streaked ahead, but Valtteri Bottas had a terrible first lap as he lost position after position. Carlos Sainz took full advantage of his lofty third-place qualifying result and used the tow from leader Hamilton to pass Bottas after only a few hundred meters. The fellow McLaren of Lando Norris battled past at the second chicane before Bottas ran wide at the second Lesmo, allowing Perez and Ricciardo through too.

As remarkable as it was to see the Mercedes running down in 6th from a front-row start, the big surprise was the inability of Bottas to make up places. The first driver to not overtake the Finn was his championship rival, Max Verstappen, as both men struggled to find a way forwards. With two McLarens in the top three and a Renault and Racing Point in hot pursuit, the F1 world watched five constructors in real contention for a podium finish thanks to nothing but pace for the first time in many a year.

The Italian Grand Prix is ordinarily all about Ferrari and the fanatic Tifosi cheering them on from the grandstands. While the Scuderia didn’t expect a repeat of their 2019 victory, their eventual result at their first of three home races this year was nothing short of embarrassing. Despite having six engines on track, there was not one point scored by any Ferrari powered car for the second race in a row.

Sebastian Vettel ended his final Italian Grand Prix as a Ferrari driver in last place by being the first retirement. Vettel’s brakes failed on lap six as he entered the heavy braking zone at turn 1. But it was the following two retirements that changed the course of the Grand Prix.

Kevin Magnusson suffered a loss of power as he exited Parabolica and pulled his Haas over onto the grass a short way from the pits triggering a safety car. With the race firmly in the pit window, leader Hamilton jumped straight into the pit lane as expected. But he was only joined by Antonio Giovinazzi as the remaining field drove on past. The usually faultless Mercedes team had missed that the pit lane was closed, and the race leader was under investigation. 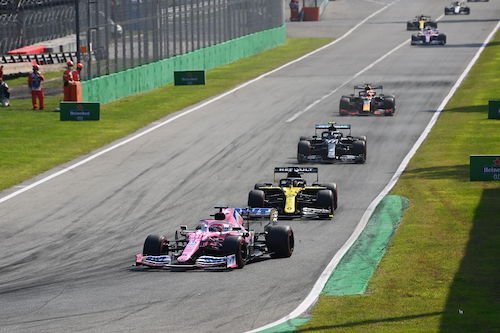 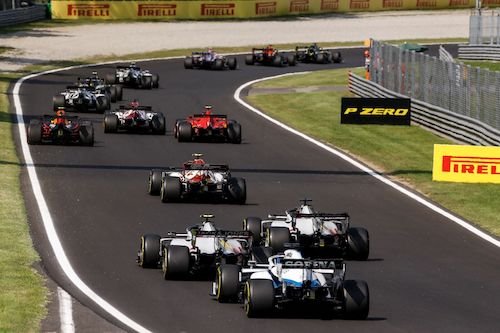 It was then the turn of the remaining Ferrari of Charles Leclerc to trigger safety car number two, followed by a red flag. Leclerc suffered a huge snap of oversteer as he powered out of the final turn, with his mistake resulting in a high-speed trip into the tire-barriers. Thankfully cameras caught the young Monegasque was running away unharmed from the accident shortly afterward. The damage was extensive, though, and the race directors halted proceedings to repair the barrier.

It was during the red flag that the stewards issued their race changing verdict on their investigations. Hamilton and Giovinazzi were guilty and ordered to serve a stop/go penalty after the race restarted. With red flag resumptions now under a standing start, the race being over halfway complete, and all drivers having taken their tire change, Hamilton effectively was running a sprint race 30seconds behind the lead. That he recovered to seventh was outstanding, but he and his team’s error had cost him a win.

While Hamilton and Giovinazzi lost out the most, Pierre Gasly and Lance Stroll benefited tremendously. Gasly took his pit stop just before the first safety car and leapfrogged all those who dived in during the bunching up. Meanwhile, Stroll didn’t even have to pit as he changed tire compounds during the red flag. Sadly for the Canadian, his restart from second place echoed that of Bottas at lights out, and he fell behind Gasly at the restart, and Carlos Sainz one lap later.

Although an out of position Kimi Raikkonen, who also won out in the restart, provided a mobile chicane of protection for now leading Gasly, the AlphaTauri didn’t lack speed. As the laps ticked down, Gasly soaked up massive pressure from Carlos Sainz, who was relentless in his hunger for a win. With a grand finale last lap, Sainz left nothing on the table, but even with the benefit of DRS, the Spaniard couldn’t find a way past Gasly.

Few expected an Italian team to triumph at Monza. But no-one would’ve thought that if one did, it would be Scuderia AlphaTauri. The rebranded Toro Rosso team, which rebranded Minardi, has now won two Grand Prix, and both in their home country. Sport sometimes writes the strangest of tales. In a year where we are weary onlookers watching Lewis Hamilton drive himself into the record books, the Italian Grand Prix was a welcome respite of romance, redemption, and racing that could be the season’s standout event.