Grosjean and Magnussen to leave Haas 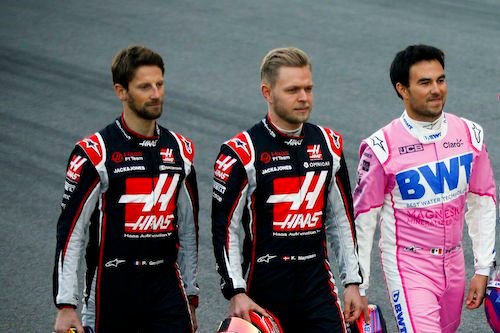 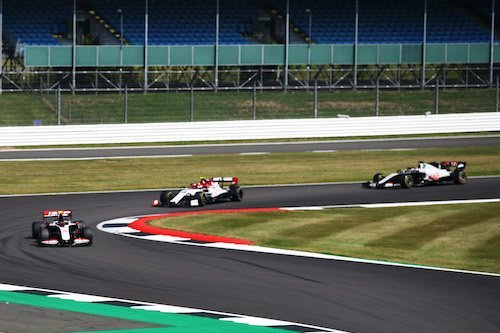 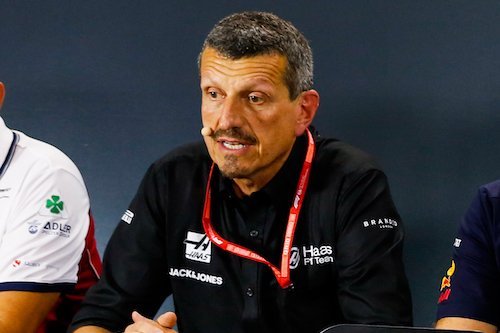 The Haas Formula One team will have a brand new line-up in 2021. Both Romain Grosjean and Kevin Magnussen have announced that they are to leave their employer, the only American team in the sport, following this season’s conclusion. With several Formula 2 drivers knocking on the door of F1, including junior drivers of Ferrari, who Haas maintains close links with, as well as Sergio Perez and Nico Hulkenberg looking for a drive, Haas are spoilt for choice with possible replacements.

The news represents quite a shift for Haas, who has kept the Grosjean-Magnussen driver pairing for four consecutive years. Grosjean moved to the team for their debut season back in 2016 and has been an ever-present figure. The Frenchman scored points at Haas’s first two races, with ultra-impressive P6 and P5 finishes at Australia and Bahrain. His 2016 performances completely outshone his then-teammate, Esteban Gutierrez, with five points-paying races while Gutierrez scored none. Those strong drives meant that Grosjean single-handedly pushed Haas to 8th in the championship in their very first season, ahead of Renault, Sauber, and Manor.

With Kevin Magnussen on board for their second season in 2017, Haas had two well-matched drivers scoring regularly and established themselves as a serious challenger rather than a backmarker. They peaked in 2018 with a 5th place finish in the constructors’ championship in a season with their best result when they scored a P4/P5 in Austria. However, even with Magnussen bolstering their line-up, times have been challenging since 2019 for Haas, and all Ferrari powered teams, culminating with 2020 looking set to be the North Carolina outfits worst F1 season so far.

2021 was always going to be a stop-gap year for Haas with the limitations on car development due to coronavirus. With their woeful running this year, and Ferrari themselves acknowledging there are no short-term engine fixes, Haas will have already resigned themselves to a meager season next year. With an all-new driver pairing throwing consistency out the window, the bombshell announcement highlights how much they are already concentrating on 2022.

Haas has a long term future in F1 following their signing of the Concorde Agreement in August despite rumors that team owner, Gene Haas, wanted to pull out of the sport. With their presence guaranteed until 2025, the Americans look to be thinking of the seasons from 2022 onwards rather than the short-term future.

Despite their poor on-track performances this year, Haas now find themselves in a strong position for enticing drivers as one of the few teams with seats available. Sergio Perez and his unceremonious contract cancellation at Racing Point wants a 2021 drive, as does super-sub Nico Hulkenberg, who would relish a full-time seat back in F1. The two drivers enjoyed a successful partnership at Force India between 2014 and 2016, culminating in a 4th place constructors’ finish for the pink team. But these are far from the only possibilities available for Haas.

Several sources suggest that a Ferrari Academy driver will fill at least one of the two vacant seats. Regardless of Ferrari’s struggles in F1, their junior program boasts an incredibly strong stable of drivers. Haas had scheduled a practice session for British Formula 2 driver Callum Ilott at the Eifel Grand Prix before the weather canceled all Friday running. The ex-Red Bull Junior Team driver is currently second in the Formula 2 championship this year. The fact Ilott was in the Haas garage at the Nurburgring looks even more intriguing in light of the news Grosjean and Magnussen are departing the team. 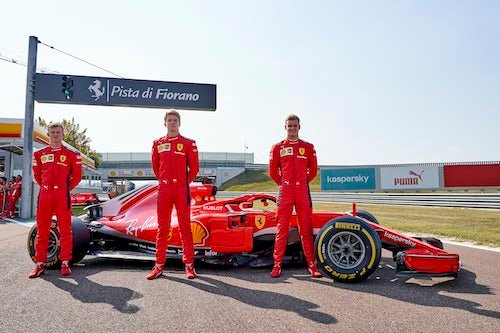 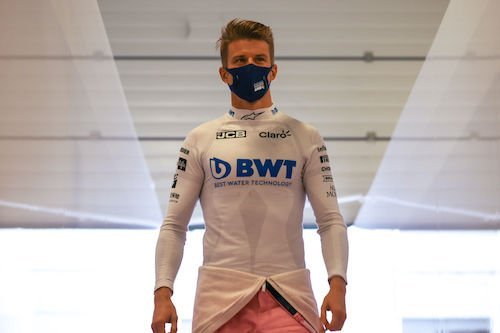 Ahead of Ilott in the F2 standings is fellow Ferrari Academy driver Mick Schumacher. Mick has won fewer races than Ilott this season (so far). However, his podium consistency has been remarkable, with four double-podium successes this year. Like Ilott, Schumacher had been scheduled to participate in an Eifel Grand Prix practice session, but for Alfa Romeo, not Haas.

Two other drivers with an outside chance are Russians Robert Shwartzman and Nikita Mazepin, who are enjoying solid seasons in Formula 2. Shwartzman is another Ferrari Academy Driver scheduled for a drive in F1 this season, but at the young driver test at Abu Dhabi, possibly for Haas. His Formula 3 championship success in 2019 shows his potential, but Ferrari is likely to promote Ilott or Schumacher ahead of him, as they have an additional year in F2. Mazepin doesn’t have the same links to Ferrari as the other three drivers but does have a substantial amount of money behind him, thanks to his father’s successful business. That could be an attractive offering to Haas.

In their brief history, 2021 will be the first time the team will start a season without at least one driver from the previous year. As mentioned, the team’s real focus will be 2022, so expect a multi-year contract for both drivers when the team announces them. As for Grosjean and Magnussen, with the news coming so late in the year, only a few seats are left to fill in F1. We can only wait for Alfa Romeo and Red Bull/AlphaTauri to announce their 2021 drivers to see if either man will remain in Formula One for next year.