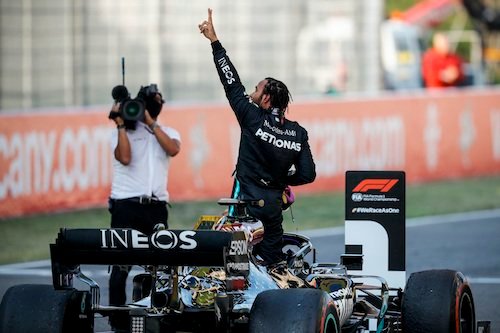 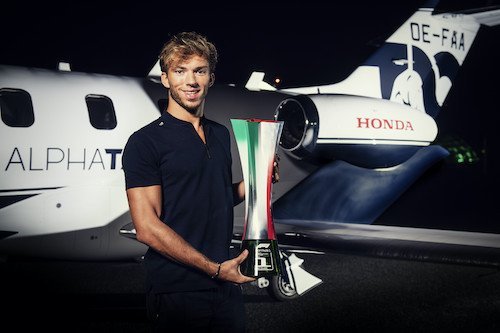 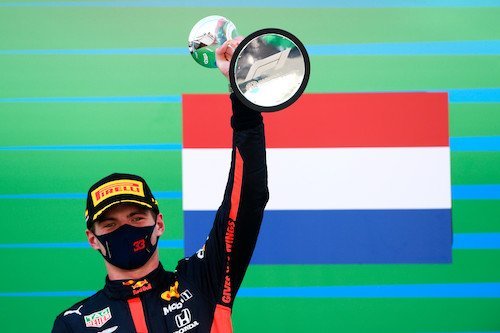 With the Tuscan Grand Prix, this year’s Formula One championship has passed its halfway point. When the lights went out back in Austria in July, we didn’t know how long the season would be nor the running order of the drivers. With nine Grand Prix complete of a seventeen race championship, everything is much clearer, allowing us to see who has dazzled in 2020 and who needs to up their game in the second half of the season.

Top of the class

Lewis Hamilton has somehow maintained his trajectory of improving year on year. That the two flaws in the season are staunchly defending an over-eager Alex Albon at Austria and following team orders to take a pit stop at Monza, show the level Hamilton is operating. Yes, it’s not full of entertainment for the viewers, but if Lewis Hamilton making a mistake or not being on pole is the most noteworthy part of a race weekend, it highlights just how ruthlessly consistent his driving is.

F1 fans need to be thankful for Max Verstappen. He isn’t just the best of the rest in 2020; he’s better than half of the Mercedes team too. Max has retired from a third of the races and still won’t surprise me if he takes second place in the championship. He is the only non-Merc race winner, and if not for penalties and unreliability, he’d likely be the only non-Merc podium finisher this year as well. George Russell receives the plaudits for always out-qualifying his teammate (and I’ll add more praise to that shortly). But Verstappen has yet to be out-qualified by Alex Albon so far, and I won’t be surprised if that statistic stays intact all year.

Who needs Red Bull when you have Red Bull Lite? This year the AlphaTauri performances have been remarkable, and mainly from the more recent Red Bull reject. Gasly’s victory at Monza was only possible by taking advantage of the unusual situation, of course, but he didn’t put a wheel wrong the entire race despite continued pressure. While his teammate wilted following his Red Bull departure, it has instead galvanized Gasly, who is my stand-out performer from a tightly contested midfield.

While Charles Leclerc graduated from backmarker to race winner with his ascent from Sauber to Ferrari after his rookie year, there has been no such glory for George Russell, who many think is equally destined for greatness. Though his car doesn’t have the long-run pace on Sundays to battle for a top ten spot, it does allow Russell to show his potential in qualifying. He mustered 12th in the wet Styrian qualifying and repeated that at Hungary in the dry one week later. Russell has dragged his Williams into Q2 more often than not in 2020. Imagine what he will do when he follows Leclerc to a seat at the front. 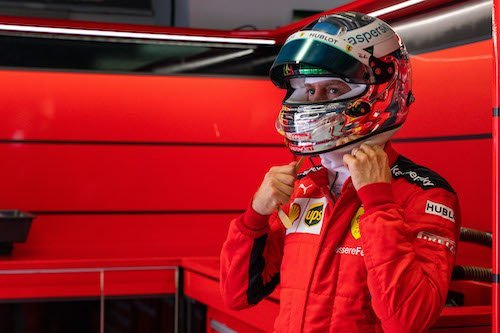 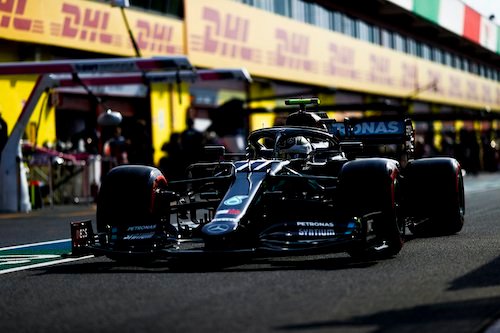 Even with his recent podium, Albon is drowning against the formidable Max Verstappen. To be fair to Albon, he also is the clear number two driver, and from the tidbits picked up from Red Bull, he often doesn’t drive the same specification as car number 33. Yet it doesn’t explain why his 2020 season has been so miserable. Anything lower than P4 is a failure for Red Bull, and even excluding his possible race win in Austria, Albon has only met the minimum criteria at 25% of races. It’s easy to forget it’s only his second season, but if he was happy to be thrown into the deep end last year, he needs to swim better than he currently is.

One word sums up Ocon’s season so far for me. Anonymous. I remember seeing him complete Renault’s 1-2 in the ‘Formula 1.5’ race at Belgium with his fifth-place finish behind Daniel Ricciardo. Aside from that, his F1 return hasn’t set off any fireworks as he should be doing. Losing 8-1 in the intra-tram qualifying battle and scoring 30 points to Ricciardo’s 53, Ocon should be showing F1 why Racing Point was wrong to drop him. If Fernando Alonso similarly outperforms Esteban in 2021, his reputation as an F1 talent could be gone forever.

Perhaps Seb may have checked out as he dreams of his Aston Martin contract. But his teammate getting the better of him is a trend from last year that is continuing without response. I hoped Sebastian would come out swinging in 2020 after an ego-bruising 2019 campaign when Leclerc outperformed him in every metric. Now the fight is further back this year, the gulf between them is even more prominent as McLaren, Renault, and Racing Point often split the two Ferrari drivers to exacerbate Vettel’s fall from grace.

While Nico Rosberg was within touching distance of Hamilton as the two dueled for the F1 title in their time together at the front, Bottas continues to be a world apart from his champion teammate. Valtteri looks so far away from having an answer to Hamilton’s relentless speed that his contract extension for 2021 almost seems cruel. He’s doing precisely what Mercedes needs; consistent podiums and points without rocking the boat. However, for our sake and his, more of those podiums need to be on the top step. One win in nine with the car Bottas has underneath him is not enough for any driver to be happy with, let alone for the millions of viewers who want a championship fight.