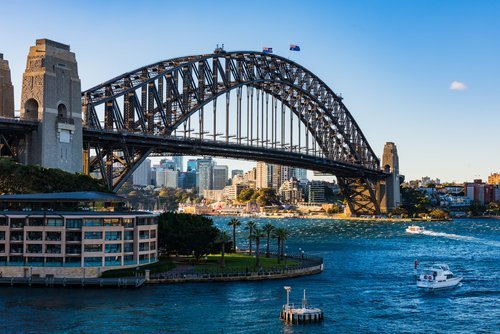 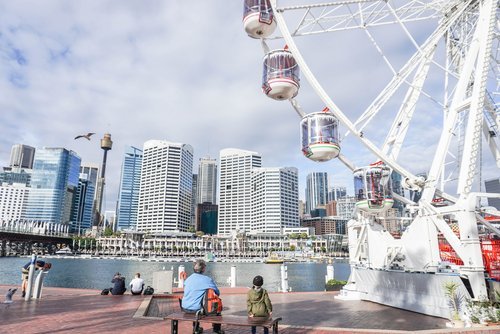 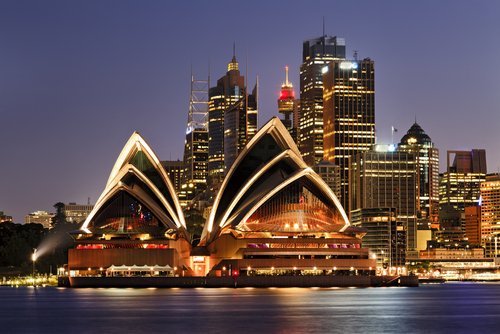 Sydney is not only one of the most popular Australian cities to visit, but it is also one of the most traveled to vacation spots in the world. Sydney is jam-packed with beautiful sites and historic landmarks that attract millions of tourists each year. Home to the Sydney Opera House, Harbour Bridge, Royal Botanic Gardens, and more; Sydney’s sites are famous the world over.

There is more to Sydney than just famous landmarks. Beaches, museums, and driving experiences offer everything to a family looking for a unique vacation down under. Located right on the Pacific Ocean, travelers to Sydney will feel like they have found paradise. Yet, this Aussie locale offers tourists everything a big city can while maintaining a small-town vibe.

Bus: Sydney has a very wide-spread bus system which allows passengers to travel around the city, as well as to inner suburbs. Bus rides are usually paid for using an Opal card. Train: Sydney also has an extensive train system, which connects the city and the majority of its surrounding suburbs. The trains are operated by the State government and can be accessed by buying a ticket at a Station or by using an Opal card. Taxi: Taxis are available all around the city and shouldn't be hard to find.

Ride-Hailing: Uber
Bus: Sydney Buses operates a timetabled service. The service stops at both the T1 International and T3 Domestic terminals. Train: Airport Link offers a fast and convenient way to reach the city and suburbs, with trains running approximately every 10 minutes. Taxi: Taxis are available for hire at the front of all terminals. A ride to the city takes about 20 minutes and costs between AUD 45 and AUD 55.
1 equals 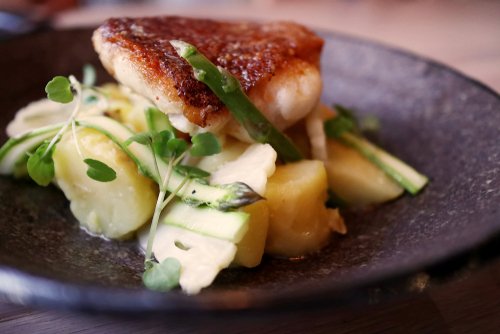 Seafood is popular around Sydney, and there are many top fish restaurants in the city. One of Australia's most famous fish dishes is barramundi, which is also known as Asian seabass. Although served in restaurants around Australia, it is widely found in Sydney and eaten by seafood lovers. Barramundi is fished in the waters around Australia and is packed with Omega-3. In fact, it has the highest level of Omega-3 of any whitefish. It is a fish that can be farmed but grows organically without the additions of antibiotics, making it popular amongst organic foodies. Barramundi delivers a mild flavor, lean protein, and a gentle smell. 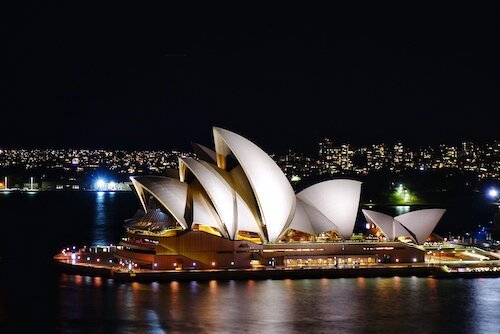 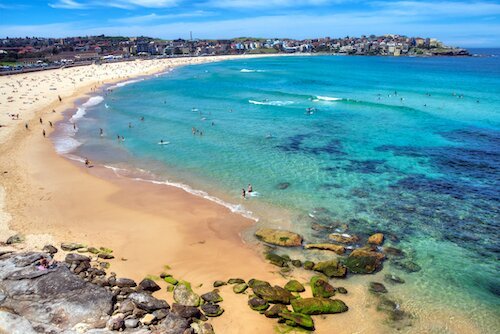 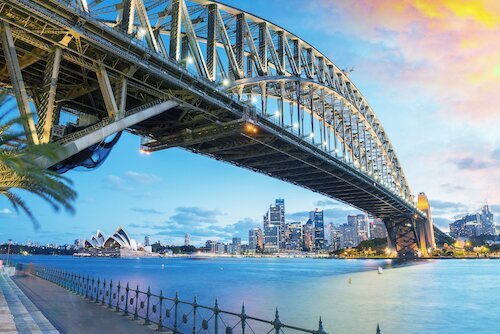 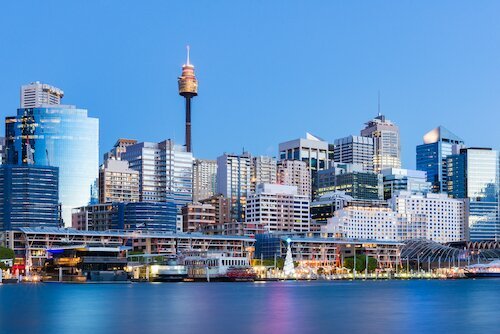 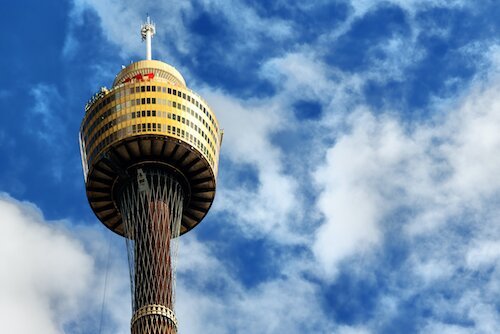 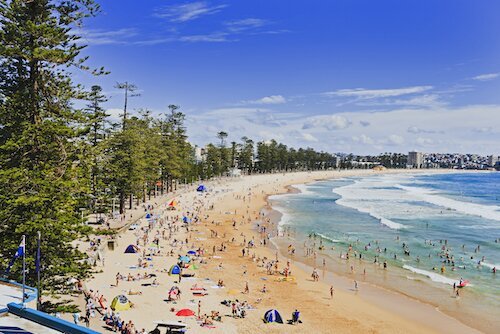 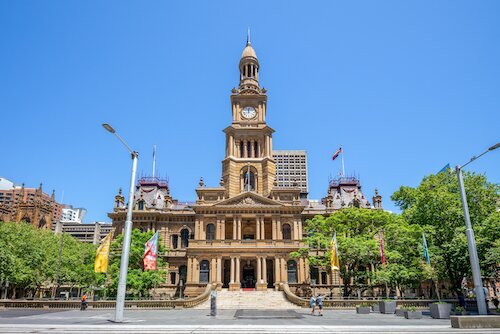 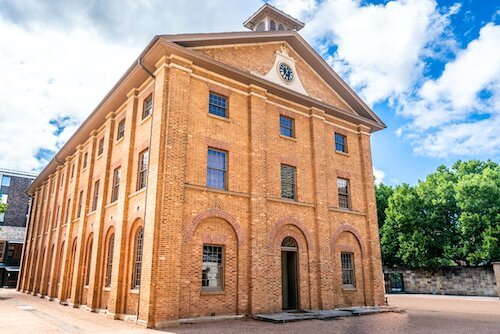 No trip to Sydney is complete without seeing the Sydney Opera House. Tourists don’t even have to be fans of opera to see the famous landmark. It is perhaps the most photographed place in Australia, and the one non-Australians will be most familiar with. The UNESCO World Heritage Site is shaped like boat sails or sea shells, depending on one’s perspective. Located by the water, the Sydney Opera House resembles many of the sailboats that glide around Sydney Harbour. Visitors can tour the building or enjoy a sailboat ride through the harbor to view the opera house’s exterior

Petrolheads can get their fix in Sydney at the Formula Ford Experience offered by the Anglo Racing Academy. Drivers get to sit behind the wheel of a Formula Ford racecar. Once in the driver’s seat, visitors to the experience will get to drive around Sydney Motorsport Park race track. Participants can drive as fast as they dare as no limits are imposed on the car’s capabilities. Anyone with a need for speed will love getting out onto the race track. There are three packages drivers can try; from the five-lap taster to the 10-lap race or the 20 lap enduro experience. Each offers a unique driving encounter found in very few other places.

Sydney Harbour Bridge is another iconic tourist attraction in the Aussie city. Opened in 1932, the Sydney Harbour Bridge was once the best-known landmark in Sydney. Of course, that was before the opera house was finished. Tourists can experience the Sydney Bridge Climb when visiting the landmark. Visitors can take a three and a half hour climb up to the top of the bridge’s outer arch. It is a breathtaking way to see Sydney. 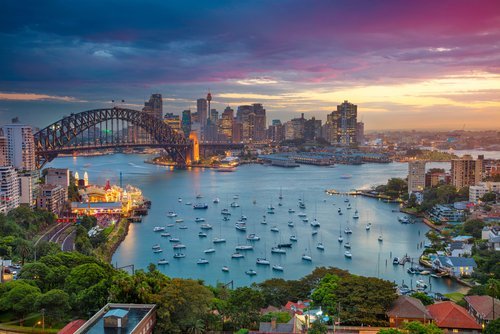 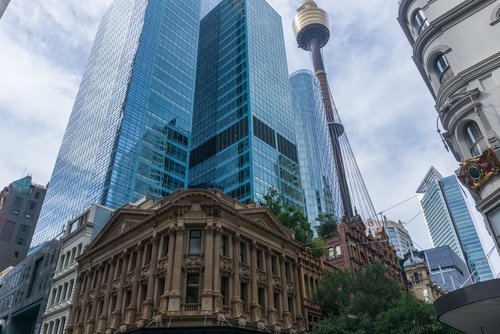 Darling Harbour is closed off to traffic, giving tourists and locals the perfect place to enjoy a beautiful Sydney day out. The entire waterfront area is filled with shops, restaurants, museums, exhibitions, and entertainment venues. The Wild Life Sydney Zoo is located at Darling Harbour along with the Sea Life Aquarium. Both are fantastic family destinations. Travelers looking to learn more about Australia’s past can visit the Australian National Maritime Museum for information on the country’s founding as a British prison colony.

Sydney is one of the most beautiful cities in the world. Thanks to being well maintained and offering travelers unique experiences, The city is a bucket list destination that attracts over 13 million domestic and international tourists each year.