Maranello – The birthplace of Ferrari 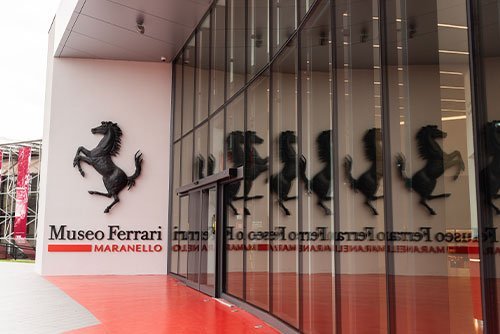 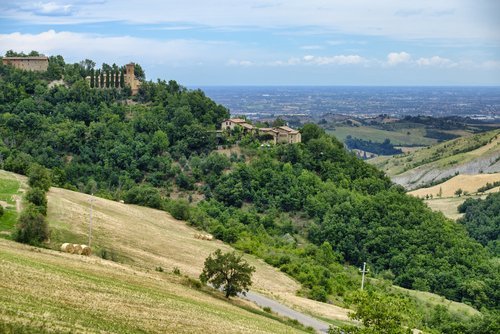 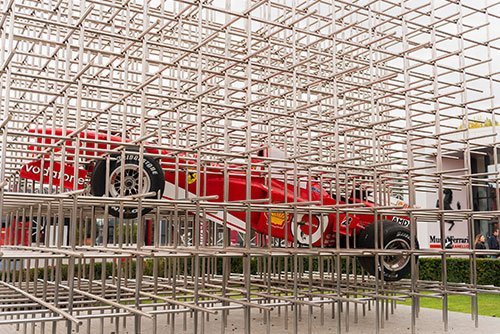 Located in the Emilia-Romagna region of Italy, Maranello is one of the most interesting towns in the whole of Italy. While the town’s name doesn’t immediately spring to mind when thinking about the great historical attractions of the country, the city is well-known to those living inside and outside of Italy thanks to cars.

Maranello is home to the world-famous Ferrari and the Scuderia Ferrari Formula One team. The town is a top destination for many Formula One and Ferrari fans, and thousands of tourists visit the Ferrari Museum and take the factory tour each year. But it isn’t just Ferrari who calls the location home. The entire region is home to famous automakers all within reach of each other.

There is more to do than just explore the wonders of Ferrari and other automakers while in Maranello. The nearby cities of Bologna and Modena provide travelers with an assortment of sights and exceptional cuisine. There is no holiday destination quite like Italy. 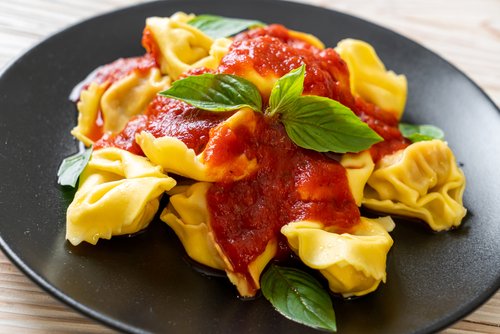 Tortellini is a popular authentic dish found around the Maranello area. Ring-shaped pieces of pasta are stuffed full of meat such as pork, prosciutto, or mortadella. In addition, Parmigiano Reggiano cheese, nutmeg, and eggs are added before the dish gets served in a broth. You can buy freshly made tortellini at markets around Maranello to cook at home. But many restaurants in Maranello make their own freshly made tortellini every day. According to legend, an innkeeper from a small town outside of Bologna created tortellini after being inspired by Venus's navel. The innkeeper was so spellbound by Venus's naval that he rushed to the kitchen to cook. 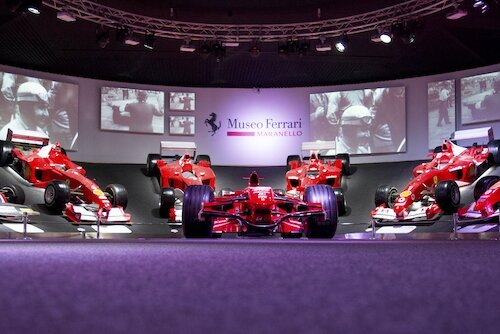 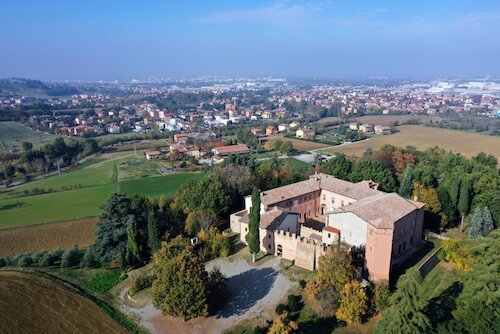 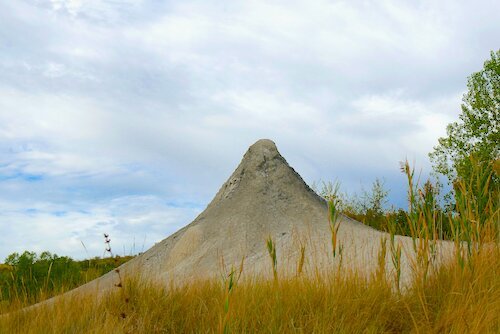 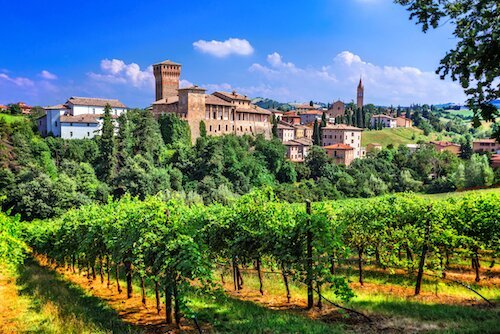 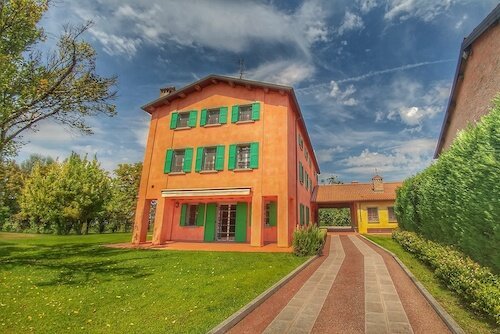 The Ferrari Museum gives visitors a first-hand account of the company’s history through its cars. You will have the chance to see some of the most iconic cars ever built while walking through the museum. There is also the opportunity to sit in the cockpit of a real Ferrari Formula One car simulator. It may be the closest you will ever get to sitting behind the wheel of a Formula One car. The museum also features rotating exhibits, and each tells a fascinating story about Ferrari.

After learning about the company, visitors can enjoy an espresso at the museum’s café or search for a cool souvenir from the shop. You can also embark on the factory tour. The shuttle bus tour will take you to the Fiorano race track and into the heart of the Ferrari Factory. Visitors will remain on the shuttle during the tour as a guide explains the amazing history of the Italian car maker.

Ferrari isn’t the only car maker in the Emilia-Romagna region. It seems that the entire area was fertile for car manufacturing and several world-famous auto brands set up shop there. Lamborghini is another major car producer in the area, and you can explore the company’s museum on your visit.

As the museum’s website says, it is an experience that will take you to the heart of Lamborghini. The museum was only opened in 2016, so it is still quite new. Inside, you will find a legacy of amazing sports cars. You can also pick up the latest Lamborghini merchandise from the museum’s store.

If you need a break from viewing iconic sports cars, then take a day trip to the beautiful medieval Italian city of Bologna. Walking the streets of Bologna is like walking into the past. Piazzas, markets and street side cafés dot the city. The Piazza Maggiore and the Piazza del Nettuno are two of the must-see squares. The latter has the iconic Neptune Fountain.

The Torre Degli Asinelli is one of Bologna’s leaning towers, and you can climb to the top of it to see a bird’s eye view of the city. Bologna is also home to some of the best museums and galleries in Italy, and each offers the chance to explore the city’s rich history. 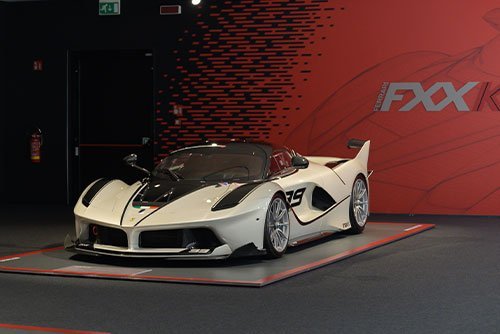 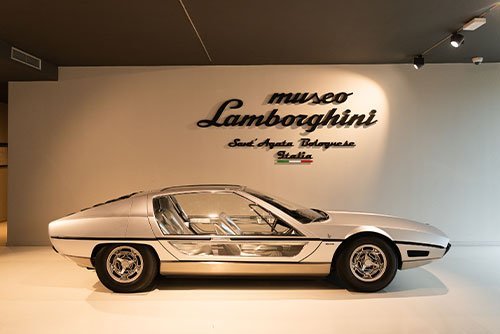 Modena is also located in Emilia-Romagna, and it is an easy day trip for anyone staying near Maranello. Many of Modena’s historic buildings are listed as UNESCO World Heritage Sites. However, the city is far more famous due to it being the birthplace of Enzo Ferrari.

One of the most popular destinations in Modena is the Torre Ghirlandina. The slightly off-center tower rises 88 meters into the sky and overlooks Piazza del Torre. It is worth the climb to the top as its views of Modena are breathtaking.

Modena is also home to Museo Enzo Ferrari. It comprises the house Ferrari was born in along with a spacious exhibition hall next door. Visitors can learn about Ferrari’s life through the exhibits on display. From the museum, you can take the shuttle bus to the Ferrari Museum in Maranello.

Although Modena isn’t as well-known as Bologna, it is gorgeous in its own right. Plenty of historic buildings, spacious piazzas and grandiose cathedrals are located in this remarkable Italian city.

If you fancy getting behind the wheel of a Ferrari or Lamborghini, then don’t miss out on the driving experience courtesy of the Italian Factory Motor Tour. The company organizes driving experiences behind the wheel of some iconic cars made by Ferrari and Lamborghini. You will get to road test the cars around Maranello or Bologna depending on which company’s car you choose. If driving on the road is a bit too intense, you can take on the Formula One simulator and experience authentic tracks from around the globe.

If road driving doesn’t suit your fancy, why not head to Modena Autodromo? There, you can hire a GT or rally car and drive on the circuit. You can also take your own car or motorbike and test it out on the circuit. It is a great way to experience a real race track, even if you are only a novice driver. You can also take a specialized sports driving course at the Modena Autodromo. It will teach you the secrets used by elite race car drivers.

Maranello’s location in the Motor Valley gives you the chance to visit some of the most iconic auto factories and museums in the world. With Bologna and Modena nearby, combining a great Italian holiday with a need for speed isn’t difficult.