Lyon – The capital of French cuisine 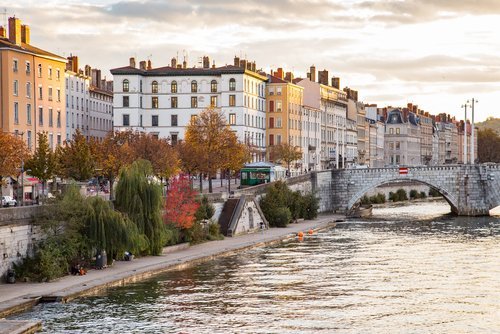 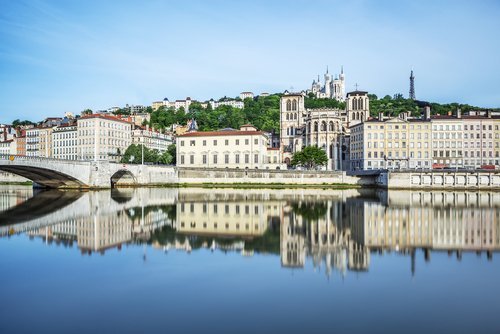 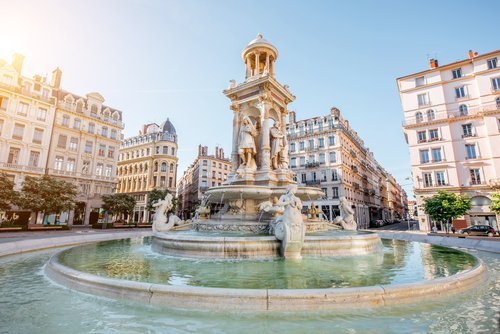 Lyon is situated in the Auvergne-Rhône-Alpes region of France. The city is the third largest in the country and attracts more than six million visitors each year. Lyon is well-known for its gastronomy. Top restaurants from Lyon are major destinations for foodies from around the globe and chefs are treated like rock stars in the city. Lyon isn’t just about food, however. The city’s museums and landmarks offer interesting and educational opportunities for tourists.

Petrolheads will find plenty of reasons to love Lyon too. The Circuit du Laquais provides a unique driving experience to individuals who fancy high speeds on holiday. The Musée Henri Malartre is a car museum with a twist as enthusiasts will love exploring its intriguing exhibits.

Bus: The bus service in Lyon is run by Transports en Commun Lyonnais (TCL). The buses cover most intra-city routes and run from 5am to midnight. Tram: Also operated by TCL, the company runs 5 tram lines, 4 metro lines and 2 funicular lines. Taxi: Taxis are readily available all around the city. You can reach them by phone or hail one in the city.

Ride-Hailing: Uber, Sixt
Bus: Several bus companies available. These can take you to different places around Lyon and also connect to other cities. Tram: The Rhonexpress tram is the most convinient way of getting to the city center. A journey to the city center takes about 30 minutes. A train station is located 5 minutes from the airport but mainly serves inter-city routes. Taxi: Several taxi companies are available at the airport.
1 equals 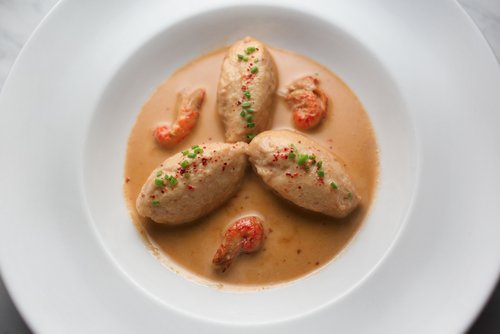 Lyon is well-known as a gastronomy hub, with the French city home to 20 Michelin star restaurants. Lyon's most famous dish is arguably Pike Quenelle. It is made with wheat flour mixed with butter, milk, and eggs before the mixture combines with pike fish meat. A Nantua sauce containing crayfish tails and crayfish butter is served with it. Béchamel sauce can be substituted for the Nantua sauce. The origins of la quenelle are unknown, but it is believed the Lyon version came into existence around the end of the 1800s. Lyon's quenelle differs from others as it contains pike fish meat while other French regions use other types of meat in theirs. 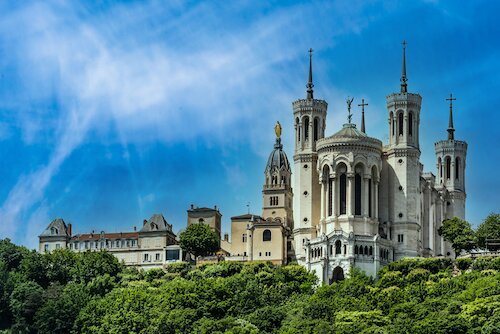 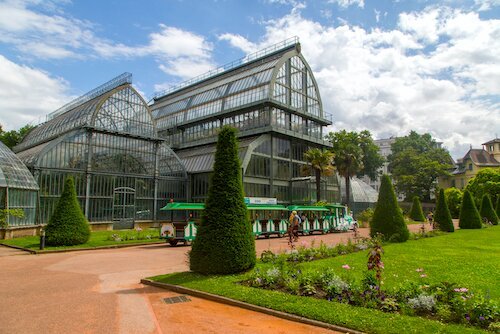 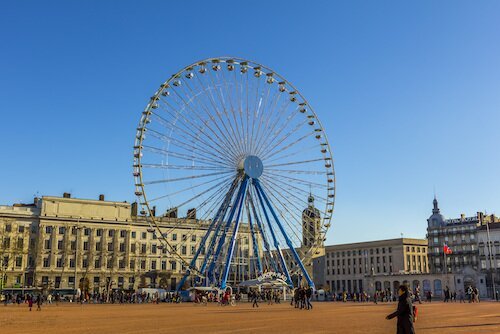 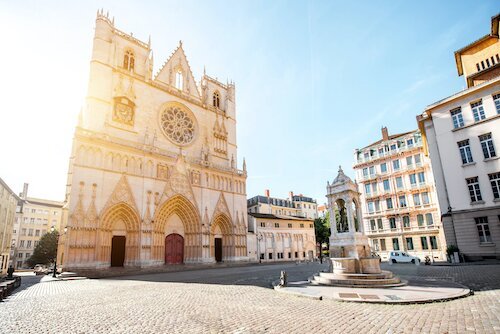 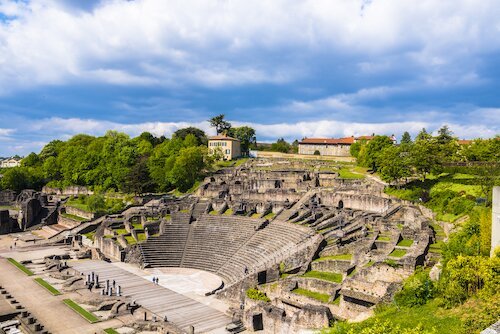 There is no better place to get in touch with the ‘real’ Lyon than in the Quartier Saint-Jean. It is the city’s Old Town and offers an atmosphere unrivaled by the rest of Lyon. The cobblestone streets, shops, and buildings date back to medieval times. It is a brilliant place to spend a day wandering the alleys and enjoying the cafes and quaint restaurants. The Musée d’Histoire de Lyon can be found in the Quartier Saint-Jean along with the Musée des Arts de La Marionnette. The Old Town is perfect any time of the day and travelers won’t be disappointed.

The Musée Henri Malarte isn’t commonly found on Lyon tourist advertisements. Tourists may not even realize it exists before traveling to Lyon without looking for it specifically. The museum is located in an old chateau, and it houses a vintage collection of cars, bicycles, and motorbikes. Many of the makes are French, but there are also exhibit vehicles made outside of France. There are also old trams and funicular cable cars housed in the eccentric museum. Visitors can even take a ride in a classic car when visiting. The museum’s bizarre collection is one of the things that gives it so much charm. No petrolhead should miss visiting it during a trip to Lyon.

The Resistance and Deportation History Center is a must-visit for any history buff. It is located in a building formerly occupied by the head of the Gestapo during World War II. Lyon was the epicenter of France’s resistance to the Nazi regime. The exhibits showcase the history of Lyon during the Nazi era. Visitors can learn all about the people involved with the resistance and those who were killed by the Nazis. It is a powerful memorial to those who lost their lives.

Circuit du Laquais offers a driving experience and school for petrol heads to get high-speed thrills. Visitors can choose from a number of supercars to sit behind the wheel of during the experience. These include a Porsche 911, Lamborghini Huracan, McLaren 540C, and many more.

The driving school allows students to pick between three different experiences. Learners can choose a Formula Renault, Lotus Caterham Seven, or Fun Cup experience. Students will get a lesson on driving their chosen car before taking to the track behind the wheel. 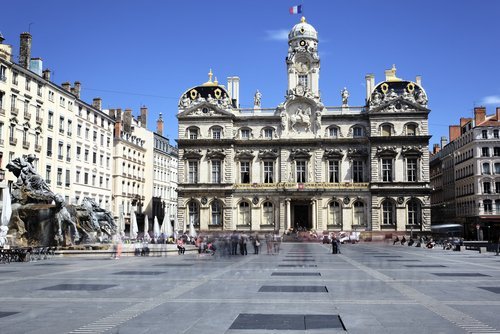 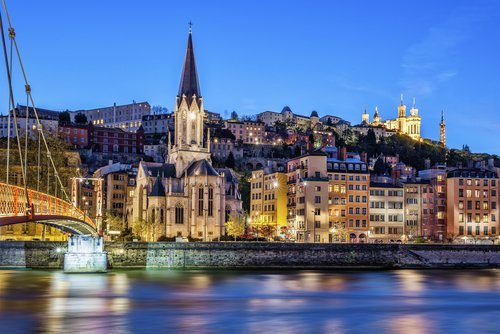 Lyon Zoo was founded in 1858 and today houses more than 300 animals. Entry is free so visitors can explore the animal exhibits without spending any dime, which is always helpful on vacation. The zoo is a great place to visit with the kids on holiday. Not only does it provide them with many never before seen animals, but it gives the whole family the chance to enjoy a sightseeing trip together. Lyon Zoo is located in the middle of the Parc de la Tete d’Or. The entire park is a wonderful place to visit for some peace, quiet, and exercise. When the trip to the zoo is completed, families can continue exploring the 290-acre park.

The Musée des Confluences is a science center and anthropology museum. Opened in 2014, its design is just as intriguing as the exhibits housed inside. The Musée des Confluences was designed to look like a stainless steel and glass cloud floating in the air. Visitors love snapping Instagram worthy selfies in front of the spectacular building. On the inside, the museum features four main exhibits: Origins – Stories of the World, Species – the Web of life, Societies – Human theatre, and Eternities – Visions of the beyond. The museum also houses temporary exhibits that change regularly.

Lyon is a city with culture, history, and automobile excitement. It is a city that should be sought out by travelers who fancy seeing a great French city but want to get away from the cliched Paris vacation. It may not be the first French city one thinks of, but it offers more bang for the vacation buck than many of its contemporaries.