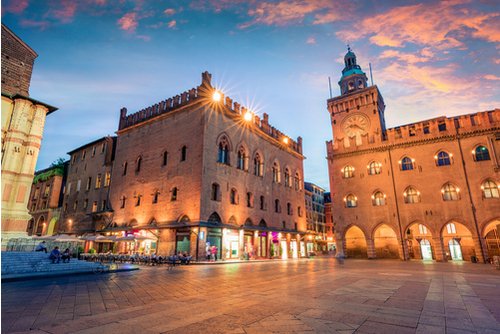 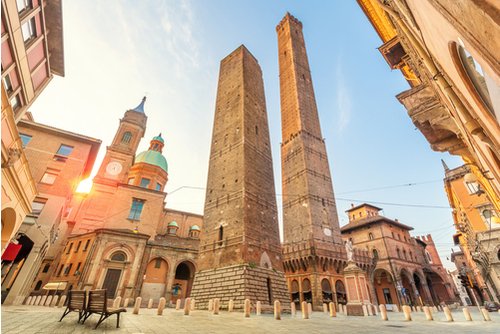 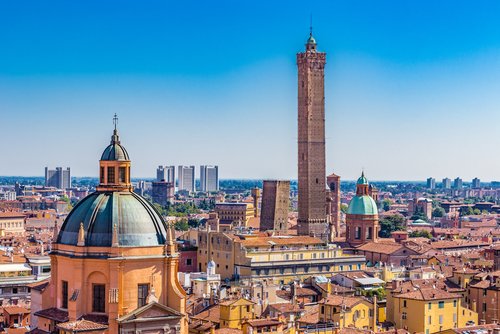 Famed for its exquisite food and cuisine, Bologna has earned a reputation for its restaurants, bars, and cafes. Nicknamed La Grassa (The Fat), Bologna is an ideal vacation spot for travelers looking for something old and something new.

Bus: Bologna has a large network of public bus lines along with a few trolleybus lines. The city bus service is operated by Trasporto Passeggeri Emilia-Romagna (TPER). Train: Trains mainly serve inter-city routes. Taxi: Several taxi companies are available in the city. The taxis can be hailed in the street, accessed by phone or through the TaxiClick Easy app.

Ride-Hailing: Blacklane
Bus: Several bus companies operate at the airport. These can take you to different places around Bologna and also connect to other cities. Train: Run by Marconi Express, the monorail train connects the airport to the Bologna central train station. Taxi: Several taxi companies are available at the airport. The taxi station is located in front of the ‘arrivals’ section of the Bologna Airport terminal
1 equals

Bologna has laid claim to spaghetti Bolognese for years, but it is believed that the dish did not originate in the city. It just so happens that Bologna has made the dish popular, and it can be found across the Red City. While everyone seems to cook spaghetti Bolognese around the world, the authentic dish is made with specific ingredients. Minced beef is combined with streaky pancetta (some chefs use ground pork), onions, celery, chopped tomatoes, and chopped carrots. Red wine and spices are added to build a tasty ragu that is served over tagliatelle pasta. Red wine and crusty bread make the dish a full meal. 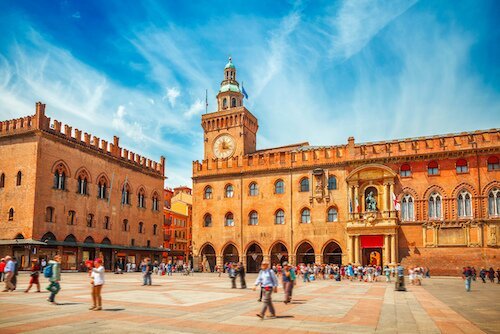 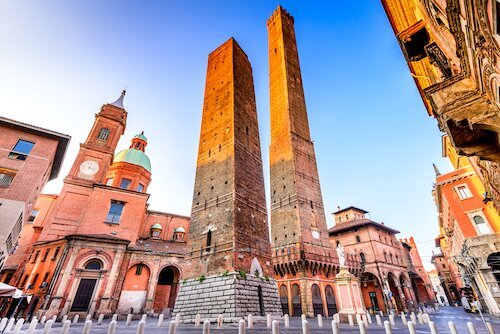 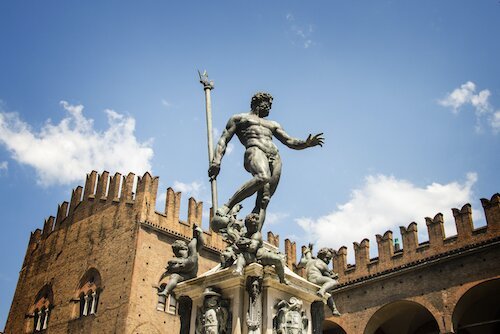 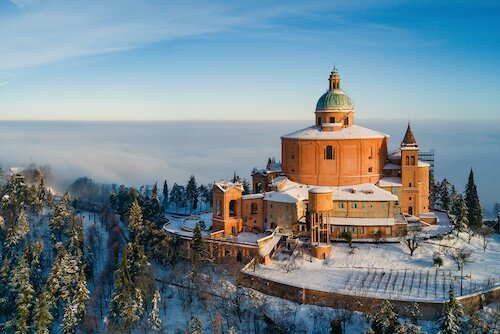 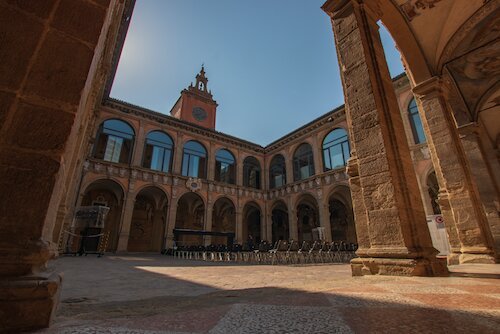 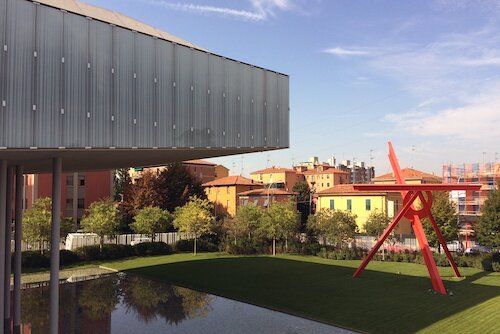 The Italian city of Pisa is known the world over for its famous leaning tower. Yet, Bologna is home to Garisenda, a far more dramatic leaning tower. Garisenda is so prominent in Italy that Dante referenced it in his book, Divine Comedy.

Bologna is the perfect destination for petrolheads. The city is in the Motor Valley and some of the world’s most famous sports car manufacturers’ headquarters are very close to Bologna. The Ferrari (Maranello), Maserati (Modena), Lamborghini (Bolognese), and Pagani (San Cesario Sul Panaro) main offices are within a short distance from the hotels of Bologna, making the city an optimal base for a vacation.

Modena is just an hour’s drive from Bologna, giving visitors the chance to spend a day exploring the Ferrari Museum located in the town. Petrolheads looking for longer day trips or even an overnight adventure outside of Bologna can find the Vespa Museum located two hours away in Pontedera or the Alfa Romeo Museum in Arese. 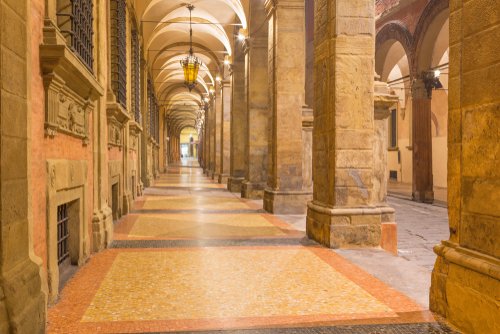 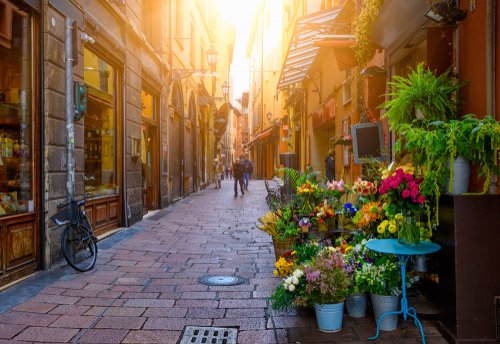 The Autodromo di Modena is just 40 minutes away from Bologna. The famed circuit not only offers an exciting schedule of automotive and motorbike races throughout the year, but it also provides car enthusiasts with the chance to get behind the wheel of their favorite supercar or racecar.