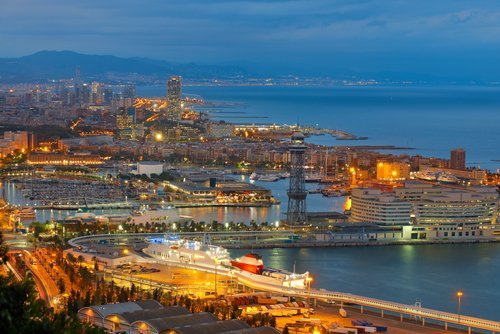 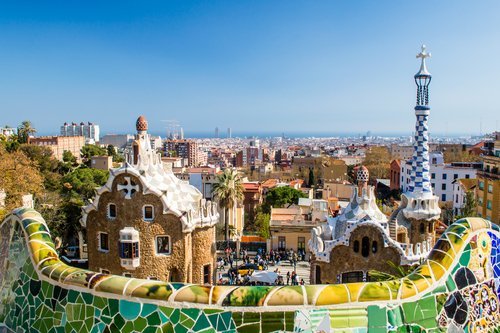 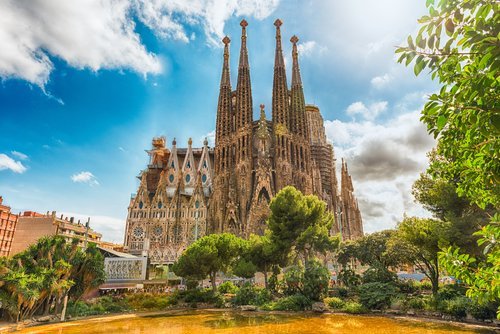 Barcelona is one of the most popular tourist destinations in Europe. The Spanish city received more than 9 million overnight tourists in 2016 alone. As a mecca of visitors looking for sun, sports, and culture, Barcelona is a can’t miss holiday destination.

According to the Telegraph, Barcelona receives 2,524 hours of sunlight a year. No matter what time of the year you chose to descend on the city, there will be plenty of great sunny weather and sites to visit.

The Catalan capital offers so much for car enthusiasts, as it has a number of great venues that will please racing fans. While Barcelona’s Sagrada Familia will delight your other half, Ferrari Land will be right down your alley on a trip to Spain.

Bus: Transports Metropolitans de Barcelona (TMB) operates the city bus network in Barcelona. At present more than 100 lines cover almost every corner of the city. Train: The metro is operated by Ferrocarrils de la Generalitat de Catalunya (FGC) and Transports Metropolitans de Barcelona. Taxi: Taxis in Barcelona are painted black and yellow, empty taxis are recognizable by the green light on the roof. 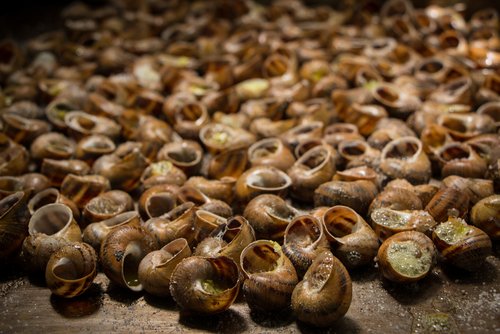 Caragols a la llauna is a delicacy of the Catalan region and widely ate around Barcelona. What is Caragols a la llauna? It is grilled or oven-cooked snails. The snails are served with a vinaigrette or aioli dressing. Mayonnaise and garlic are also added to the dish for taste. The L'Aplec del Cargol is a festival held in Catalonia every year that attracts hundreds of thousands of people to dine on snails. While Barcelona is located in Spain, it draws a lot of its food influence from neighboring France. However, snails have long been eaten in Spain as well as France and Italy, with Spaniards eating snails documented back in the 11th century. 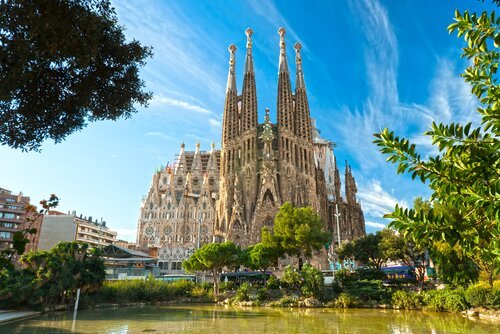 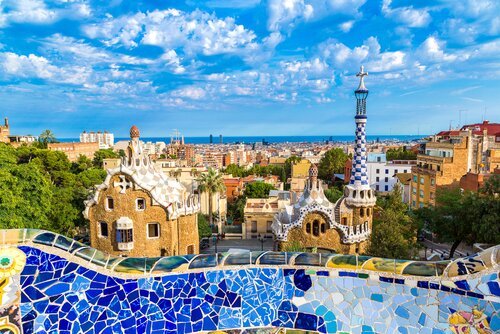 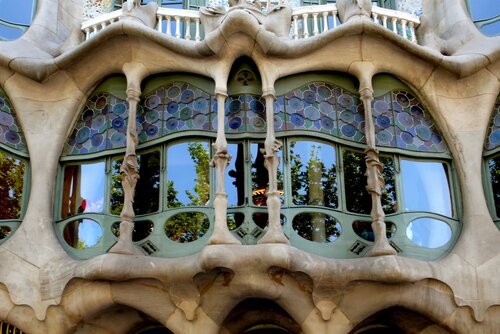 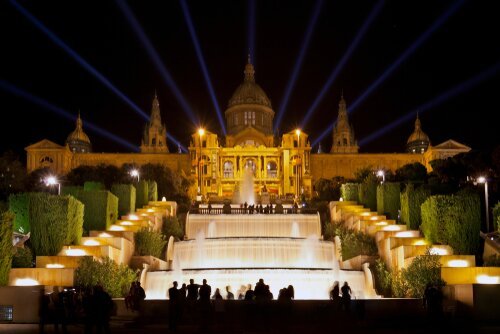 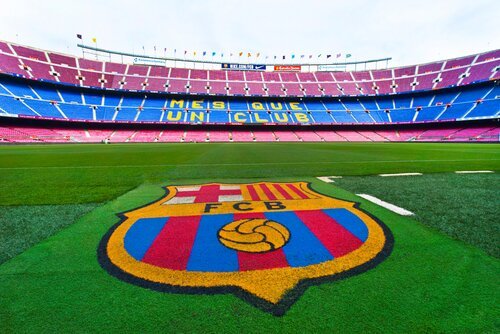 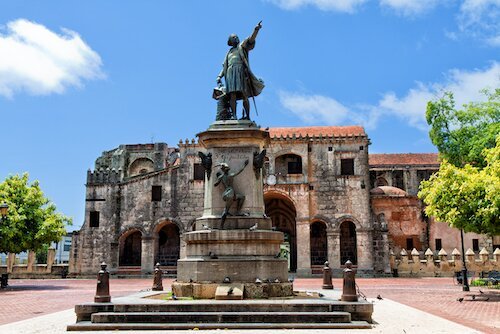 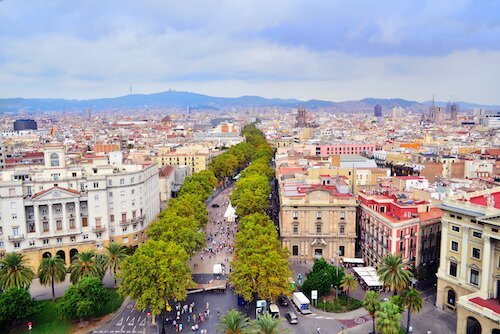 The Sagrada Familia is synonymous with Barcelona. It is one of the most eye-catching structures you will ever see and a cathedral that must be viewed to be believed. Designed by Antoni Gaudi in 1883, the basilica was supposed to be a neo-Gothic church. However, Gaudi created a church in his own Art Nouveau style instead. When he started, he had no finished plan of what the Sagrada Familia would look like. He liberally changed his mind as he went. Today, the church is incomplete as Gaudi was unable to finish it within his original 10 to 15-year plan. It is beautiful inside and out, and a truly unforgettable tourist attraction in a world of throwaway travel experiences.

The Circuit de Barcelona-Catalunya is the current home of the Spanish Grand Prix. It is also an excellent travel destination when visiting Barcelona on holiday. Visitors to the circuit can take the official tour of the race track. The tour will give you the ins and outs of the entire race track. You will get to know what it is like to be a driver during the Spanish Grand Prix as you tour the paddock, briefing rooms, podium and other areas that only drivers can go to on race day. The hour-plus tour is a unique adventure for Formula One enthusiasts and gets you closer to the track than a race day experience.

La Rambla is the social heartbeat of Barcelona. The avenue that runs down the middle of Barcelona’s Old Town is a central meeting spot for locals heading out for the evening. The street is lined with trees offering shade from those nearly endless hours of sunlight each year. Visitors can find some of the best shopping in Barcelona at La Rambla along with restaurants, bars and coffee shops. Many of the buildings offer a look into the city’s past through their architecture. The shops and restaurants are typically filled with locals living in the city as they shop for their everyday needs. Many of the top tourist attractions and beaches can be reached easily from La Rambla, and using it as the center of your Barcelona holiday is a great idea.

Fancy driving a real Formula race car? Maybe you would like to get behind the wheel of a Lamborghini? Well, the Formula GT Experience gives you the chance to do just that. There are different packages provided by the company, but each allows you to sit in a 'dream' car and drive around the race track. The Formula GT Experience has two race tracks in Barcelona, the Circuit de Barcelona-Catalunya, and the Circuito de Can Padró. Each offers you the thrill of a lifetime as you go at speeds you previously only dreamed of. If you are interested in experiences Formula GT offers, you should check the schedule at the two Barcelona tracks. The experience only takes place on select days. 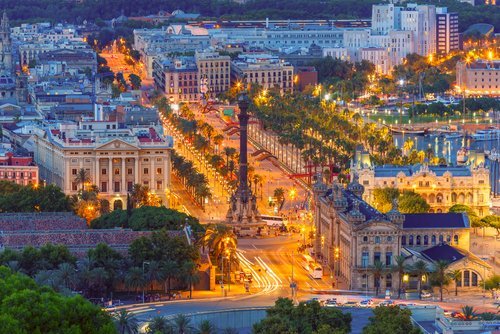 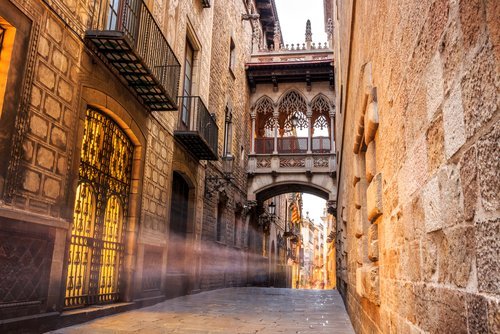 Ferrari Land has everything a fan of the carmaker wants. If you aren’t a Ferrari fan, it is still one of the coolest destinations for a car enthusiast in Barcelona. The theme park is full of adrenaline pumping rides and edge of your seat thrills. The Ferrari Experience will take you through the history of the Italian carmaker. You can also take a trip down memory lane of Ferrari’s Formula One past. The park is home to some of the most exhilarating rides in the world. Red Force takes you from 0 to 180 km/h in just five seconds. It will also take you 112 meters into the sky. After accelerating into the heavens, ride the Free-Fall Tower. You will drop from 55 meters in the sky straight down. It is an adrenaline pumping experience. Ferrari Land also has an all-new kids’ area that gives children their own heart pumping thrill rides.

LRS Formula offers car lovers the chance to drive some of the fastest cars on the planet. The driving experience has a variety of Formula One cars including Wiliams FW33 and Jaguar R3. For those who don’t care much for open-wheel race cars, they have supercars from Ferrari, Lamborghini, and Porsche available. If you don’t want to sit in the driver’s seat, LRS Formula allows you to ride along as a passenger. You can drive along the famed Circuit de Barcelona-Catalunya and experience the same straightaways and chicanes as Formula One’s greats.

After experiencing the thrills of Formula One driving, why not bring your heart rate down at Park Guell? Designed by Antonio Gaudi, Park Guell is a UNESCO World Heritage site. The park was designed in Gaudi’s surrealist art theme. Guell Park has a terrace that provides one of the best panoramic views of the entire city. You can also visit the Casa Museu Gaudi which was original the home of Gaudi which has now been converted to a museum.

Barcelona offers a unique holiday experience for Formula One enthusiasts. It also gives you the chance to enjoy other activities while visiting the Catalan capital. With so much to see and do, Barcelona is an adrenaline pumping holiday destination that shouldn’t be missed.