Atlanta – The premier city of the American south 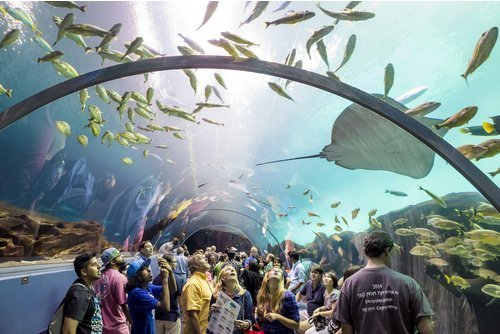 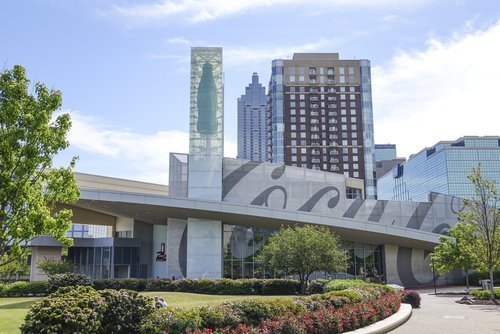 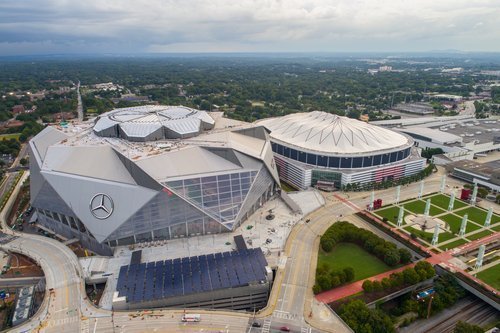 Atlanta is the heart of the American south. At one time, the Georgia capital city was labeled as the “New York City of the south”; however, locals despised that comparison. Atlanta may be a large city, but it has little in common with the Big Apple. It is a city that has grown incredibly in the last century. Between 1920 and 1960, Atlanta’s population more than doubled making it one of the marquee destinations for families to move or vacation in the southeast.

The jewel of the south welcomes around 50 million tourists per year. Thanks to Atlanta’s wealth of museums, galleries, and professional sports teams, visitors descend on the capital to explore its rich history and culture. Atlanta has many attractions within the city limits, which make it one of the must-see cities in the United States.

Bus: The bus service is operated by MARTA, Atlanta's public transportation system. The buses cover most parts of the city. Train: MARTA's trains are the easiest way to get around the city. The trains run every 10 to 20 minutes starting from 4:45 am. Taxi: Several taxi companies are available. The taxis usually hang out by the airport, hotels and special events.

Ride-Hailing: Uber, Lyft, Wingz, Blacklane
Bus: Operated by Marta and Greyhound. Train: Marta and SkyTrain trains are available to take you to different stations within and outside the city. Taxi: Several taxi companies available. A flat fee applies between the airport and the central business district plus a few other areas. Taxicab service at the airport is located in the Yellow Bus aisle.
1 equals 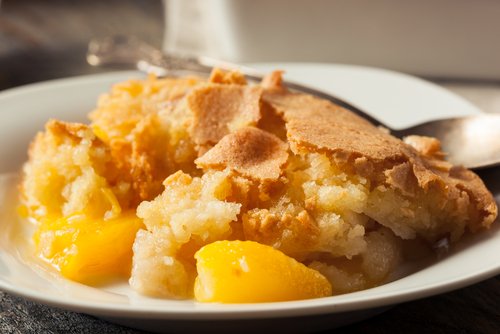 Georgia is known as the peach state, and there is no food item more associated with it than peach cobbler. Cobblers were made by American settlers who "cobbled together" ingredients from items they had available such as preserved, canned, or dried fruit, and biscuit dough. They would combine the ingredients and cook them over a fire. Cobbler was a variety of pie that was easy to make for Americans moving south or west. Peach cobbler can be found at restaurants, cafes, and coffee houses around Atlanta. Be sure you eat cobbler made from 100% Georgia peaches for a true taste of the city. 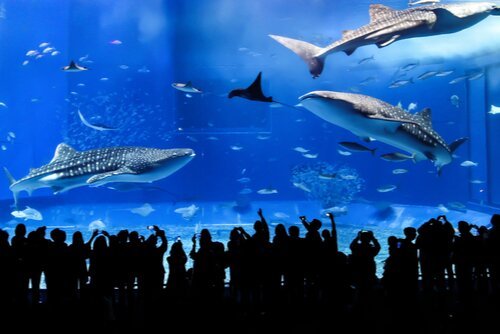 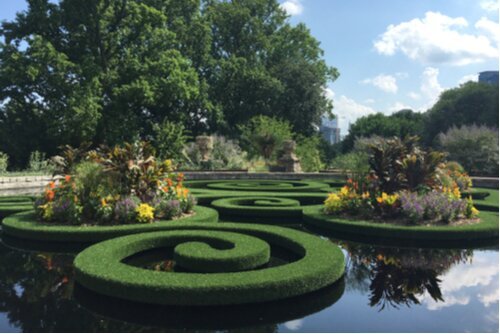 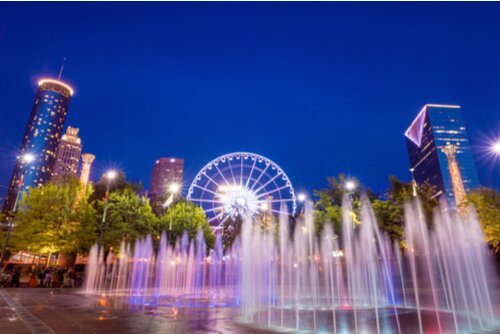 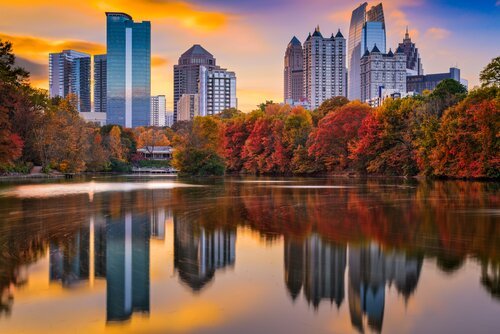 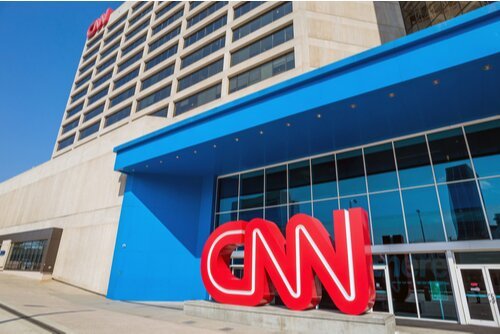 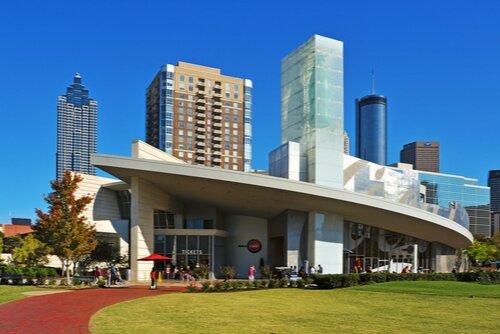 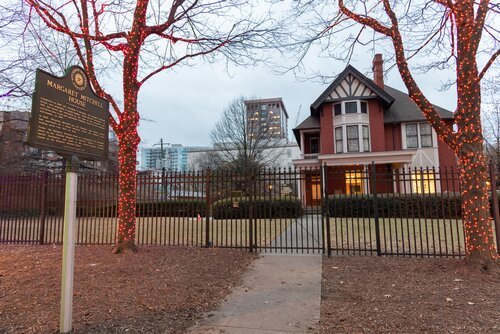 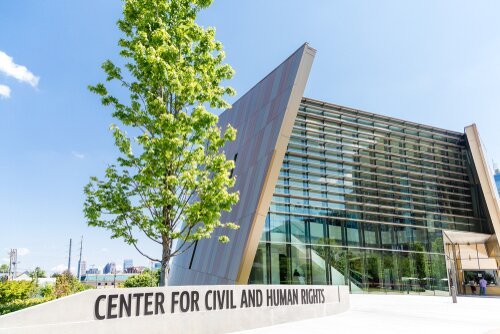 A trip to Atlanta wouldn’t be complete without a visit to the World of Coca-Cola. The world’s most famous drink was founded in Atlanta in 1892, and it is synonymous with it. The museum is interactive, and visitors can explore the history of the fizzy drink through an assortment of cool exhibits.

The exhibits get updated or changed on occasions, so each visit offers a chance to see something new or unique. Visitors can learn about the history of Coca-Cola from the invention of the drink to marketing campaigns. One thing you won’t learn, however, is the recipe.

The Georgia Aquarium is home to more than 100,000 animals from hundreds of species represented in what they say is more than 10 million gallons of water in the various enclosures. From shark tanks to different exotic sea creatures in indoor and outdoor exhibits, this downtown Atlanta attraction is bound to excite visitors of all ages.

Aside from the fascinating collection of sea creatures at the facility, it’s conveniently located at the city center which makes it easy to walk to other attractions in the city.

Most petrolheads wouldn't expect Atlanta and Porsche to be mentioned in the same sentence. Yet, Atlanta is home to the Porsche Experience Center, and car enthusiasts can get behind the wheel of a 911 and speed around a purpose-built 1.6-mile circuit.

The driving center circuit has different specialized sections including a kink plate, a low-friction circle, an off-road circuit, and a one-mile handling course designed to be similar to a country road. Drivers can also take a 911 out on a dynamic handling area to try out some unique maneuvers.

Whether you want to get behind the wheel or ride shotgun, it is an exhilarating driving experience one won’t soon forget. 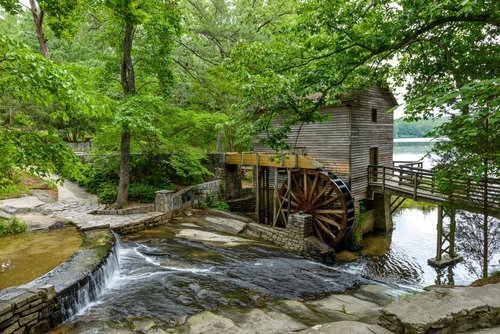 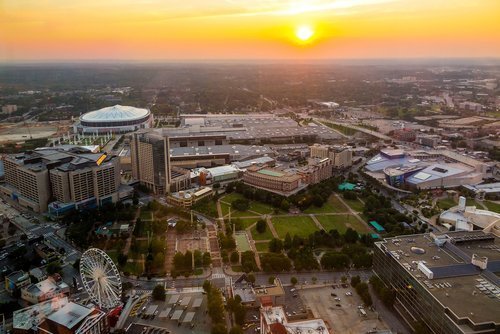 If you are short on time but want to learn all about Atlanta’s past, the Atlanta History Center is the ideal place to go for the day. The center is made up of five museums and attractions which include the Atlanta History Museum, Centennial Olympic Games Museum, Swan House, Smith Family Farm, and the Kenan Research Center.

The complex contains houses from the late 1800s and early 1900s, and visitors can see just what life was like for those people living in Atlanta at the time. The Margaret Mitchell House was home to the famed author of the same name who wrote Gone with the Wind. Visitors can see the room where she wrote the famed novel.

The Atlanta History Museum has a popular American Civil War exhibit detailing the city’s experience during the war between states. History buffs won’t want to miss the engaging complex.

Mercedes Benz Stadium is home to the NFL’s Atlanta Falcons and Major League Soccer’s Atlanta United. It is a behemoth of a sports stadium and modern architectural wonder. The outside of the stadium has a unique design that looks like a flower before blooming. Once the stadium’s retractable roof opens, the sports venue blossoms into one of the most impressive arenas in North America.

The stadium opened in 2017 at an estimated cost of $1.6 billion. Sports fans and architecture enthusiasts can tour the stadium and explore the incredible 71,000 seat capacity arena. Several tours can be taken including the Atlanta Falcons and Atlanta United VIP tours.

Atlanta is a growing travel destination in the US. It is an American city with a rich history and culture. Whether a car enthusiast, sports fan, or history aficionado, Atlanta is an excellent city for a vacation.