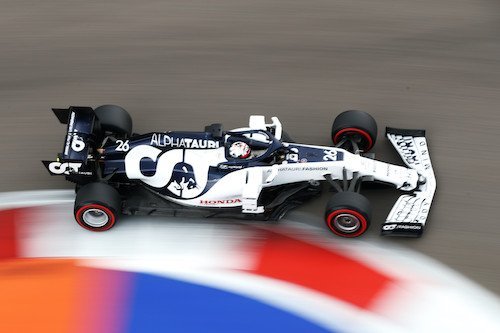 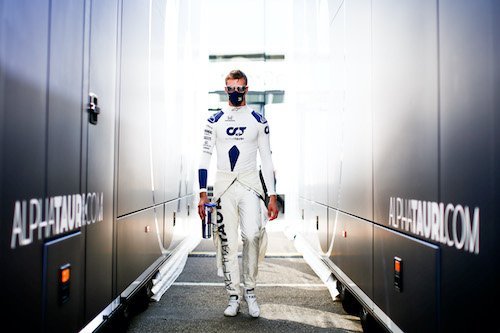 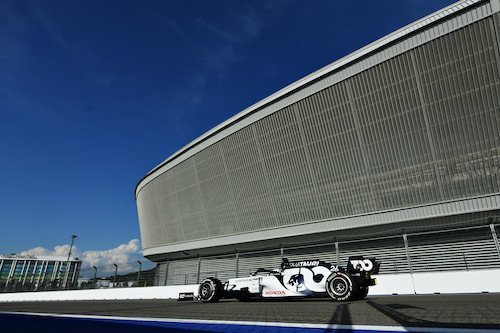 Formula One jets off to the Sochi Autodrom this weekend for the Russian Grand Prix. The race isn’t one that induces excitement for many, particularly after the 2017 race, which had just one on-track overtake. With a flat circuit full of run-off and devoid of iconic features, aside from the long turn three, it’s little wonder drivers, and fans haven’t fallen in love with Sochi. For Daniil Kvyat, though, the Russian Grand Prix brings up a unique mixture of emotion.

Sochi is Daniil Kyvat’s home race, a special event for any driver who is fortunate enough to have the F1 calendar visit their country. However, Sochi also represents the turning point of his career. After his collision with Sebastian Vettel in 2016, Red Bull Racing had just enough ammunition to justify demoting the Russian in favor of Max Verstappen.

At the time, it seemed wholly unfair on Kvyat, who only one race earlier finished third in China. However, with Verstappen winning on debut for Red Bull and collecting another six podiums that season, any possibility of a return for Kvyat seemed unlikely. Four years later, we know it’s never going to happen.

Kvyat sits in a strange place in F1 today. He’s demonstrated he possesses enough ability to justify his position on the grid. Kvyat can race hard, overtake well, and regularly bring a haul of points home for his team. But he’s part of the Red Bull stable who sooner or later won’t need him. Unlike say, Kevin Magnusson, who has no obvious successor looking to steal his drive, Kvyat finds himself in the hot seat at Red Bull’s two teams.

He’s the fourth favorite of the four drivers the energy drinks company can employ in F1. At only 26, Kvyat is the oldest driver of the quartet too. Not a great place to be when Helmut Marko, the head of Red Bull’s driver program, wants to beat the youngest F1 champion record.

Add to the mix that both AlphaTauri and Red Bull Racing now have a close partnership with Honda, who provides engines to both teams. Formula One is popular in Japan, and Honda is currently the only representation the country has in the sport. However, that could change soon with catastrophic consequences for Kvyat.

Red Bull have Yuki Tsunoda in their junior ranks. He won Japanese Formula 4 in 2018 and now competes in Formula 2. A Japanese driver driving a Japenese engine would be a marketing dream for Honda. With AlphaTauri confirming Tsonuda will participate in the end-of-season test for them at Abu Dhabi, Kvyat’s long term future is in doubt.

We’ve seen how unforgiving F1 teams are with their drivers; just look at Sergio Perez’s current situation. I’d say that Kvyat should be just as ruthless in the other direction. Daniil needs to be courting every other team on the grid to keep his name in the sport. Let’s not forget that Red Bull has treated him awfully as an employee.

A demotion in 2016, then a full mid-season drop in 2017 before hastily being called back for 2019 after his replacement, Pierre Gasly, got promoted to fill a Daniel Ricciardo sized hole at the primary team. Red Bull look like an abusive partner in a relationship, using Kvyat when it suits them and discarding him when it doesn’t. 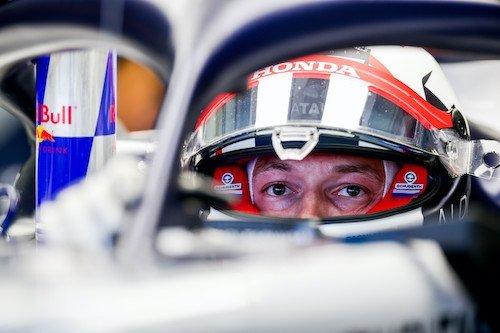 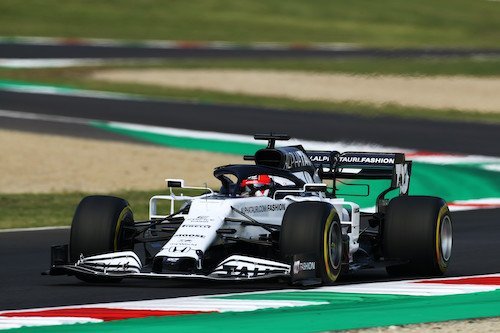 Now in 2020, Kvyat appears to be a driver just about keeping his head above the water. While his teammate, Pierre Gasly, draws all the plaudits with stellar performances and that fortuitous win at Monza, Kvyat has yet to have a stand-out moment. He inherited his season-best P7 at the Tuscan Grand Prix thanks to retirements from Max Verstappen, Carlos Sainz, Esteban Ocon, and Lance Stroll, who all out-qualified him. Of course, he kept his cool during all the drama at Mugello to finish so high, which is a skill in itself. However, Gasly did the same a week earlier but finished in 1st place, making Kvyat’s efforts look feeble in comparison.

That’s Kvyat’s biggest problem right now. With an on-form, revitalized Pierre Gasly sitting across from him in the garage, Kvyat looks average. Gasly has out-qualified the Russian seven times this year and outscored him four times to two in the six Grand Prix when both men finished. With Alex Albon under fire for not delivering at Red Bull, it’s only Gasly that people tout as a replacement, and never Kvyat. That’s despite them both being Red Bull rejects. Kvyat is in danger of being overlooked by not just Red Bull, but by the entire F1 paddock.

We’re past the halfway point of the championship now, and although it only started 12 weeks ago, 2021 is already at the forefront of people’s minds. Vettel’s Aston Martin announcement made sure of that. Russia marks the beginning of the end for the 2020 F1 season. Daniil Kvyat needs to up his game at Sochi, or else it could mark the beginning of the end for his time in F1 too. With Nico Hulkenberg still looking for a way back in, and Sergio Perez newly available as well, Kvyat can’t afford to be mediocre while Gasly is on fire; there’s too much competition for the few available seats. If Daniil Kvyat wants to remain in F1 for 2021 and beyond, now is the time to show it.