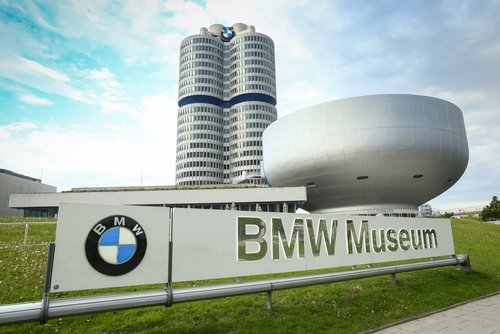 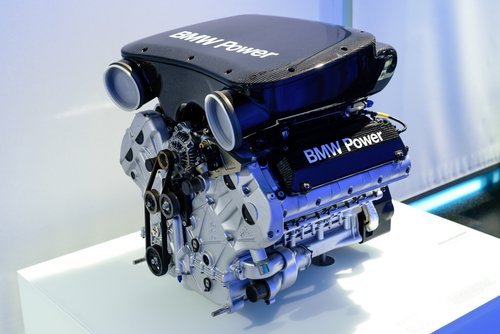 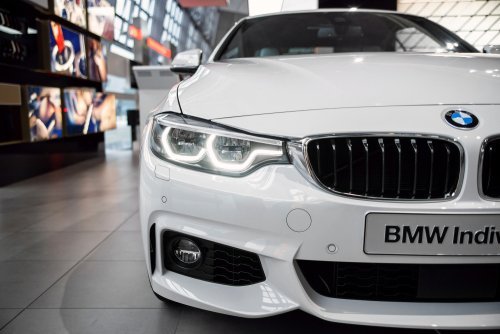 BMW is synonymous with well-made, luxury automobiles. Mention the name BMW to a person who has never driven or owned one of the German company’s cars, and they will immediately think of expensive automobiles driven by wealthy individuals.

The German company’s vehicles offer the ultimate driving experience to those who get behind the wheel. BMW’s automobiles bring great pride to owners, thanks to the engineering that goes into each one. BMW’s cars have earned the nickname “The Ultimate Driving Machine,” and since the company’s formation, it has been striving to make the best automobiles on the road.

In 1928, BMW began work on its first automobile. Despite the company starting its automotive production in the late 1920s, BMW was formed twelve years earlier through the merger of Gustav Otto Flugmaschinenfabri and Bayerische Flugzeug-Werke. A year later, the company changed its name to Bayerische Motoren Werke GmbH.

Gustav Otto was a German aviator. In 1913, he founded Gustav Otto Flugmaschinenfabri to make airplane parts. However, the company suffered financially during World War I. Bayerische Flugzeug-Werke was an aircraft engine manufacturing company. Prior to taking the name Bayerische Flugzeug-Werke, the company was owned by German Karl Rapp. His exit opened the door for the merger and BMW’s birth.

But BMW wasn’t finished with mergers just yet. In 1928, before work began on its first automobile, BMW acquired Fahrzeugfabrik Eisenach. The acquired company was Germany’s third automobile manufacturer, and its acquisition enabled BMW to fully focus on car production. By merging with Fahrzeugfabrik Eisenach, BMW went from engineering aircraft engines to become an automobile manufacturer.

The merged company’s first car was produced under license for the Austin Motor Company in 1929. It wasn’t until three years later that BMW’s in-house design was manufactured.

Although BMW had turned its attention to car making, World War II changed its direction. The Nazi government seized control of BMW when the war started. Like other manufacturing plants and facilities, BMW was forced to contribute to the war effort; and the company did this by building aviation materials and aircraft.

BMW’s manufacturing plants were bombed heavily by American and English warplanes during WWII. As the war ended, Allied troops took control of its plants around Germany. Due to its classification as an armaments company, its machinery was dismantled, and the company’s car manufacturing was put on hiatus.

Seeing the potential end of the company on the horizon, the owners took the company in a different direction. BMW began to manufacture kitchen items such as utensils, pots, and pans. This was done to keep the company going until it could once again focus on automobile production. Had BMW’s owners not had the foresight to change direction, the company may not exist today. 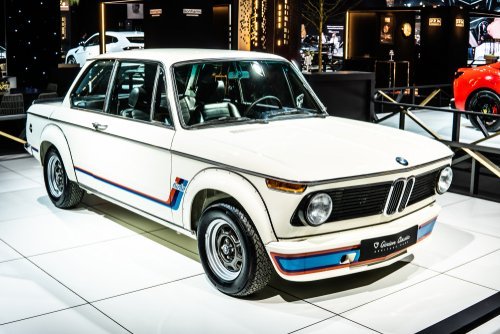 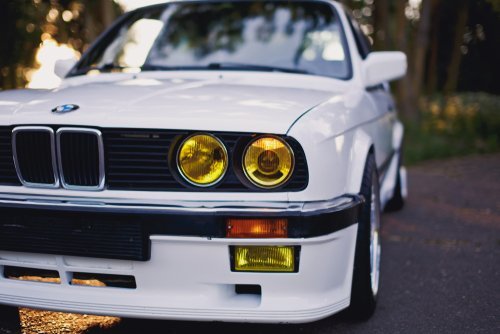 BMW finally unveiled its first post-WWII automobile in 1951. Named the 501, the car was a large saloon vehicle with seating for up to six people. BMW designed the 501 as a luxury car for Germans seeking comfort and style.

Although it wasn’t successful as a luxury vehicle, the 501 raised BMW’s profile. It established the company as a leading carmaker. BMW began to earn a reputation for its high quality and technological advances, thanks to the 501. The vehicle was manufactured and sold between 1952 and 1958.

As the 1950s came to an end, Daimler-Benz attempted to acquire BMW. Daimler-Benz made a generous restructuring offer to the company, but shareholders rejected the deal. Shortly after that, the German government assisted BMW financially, helping to secure the company for the future.

The German government’s financial assistance took BMW into a new era, one in which the company thrived. The 1960s and 1970s saw

In 1972, BMW’s first overseas production plant opened in South Africa. It was a monumental achievement for the company just over a decade after Daimler-Benz’s attempted takeover. BMW had come a long way in securing its financial status. The factory employed 1,700 people and produced 53,000 BMW 3 Series cars each year. South Africa was struggling with Apartheid during the time, but BMW set up company rules against discrimination. It also paid workers fair wages, worked with local agencies, and provided support to local schools. 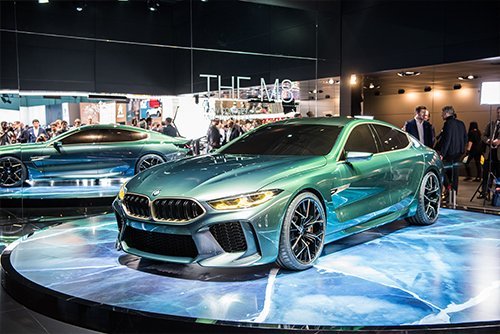 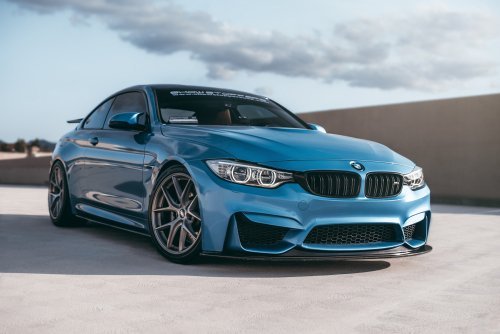 Throughout the 1990s, BMW continually improved the design and technology in every vehicle it manufactured. The detail that went into each car was often superior to other automobiles on the road. BMW became synonymous with well-made, luxury automobiles during the decade.

The company opened its first American plant in 1994. This gave it a foothold in the US car market. The same year saw BMW buy Land Rover and Mini. Five years later, the German carmaker launched its first ever SUV with the release the X5.

BMW continued its growth at the turn of the millennium. It released its first all-electric car, the i3, in 2013. The vehicle is still in production, and BMW plans more radical and innovative designs in the future.

BMW has a long history in motorsports. This includes involvement in different categories of car racing as well as motorcycle racing. At times, BMW has been a part of Formula One; however, the last decade has seen the carmaker focus its attention in other areas of motorsports. 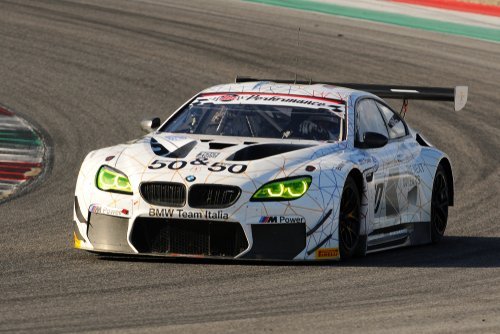 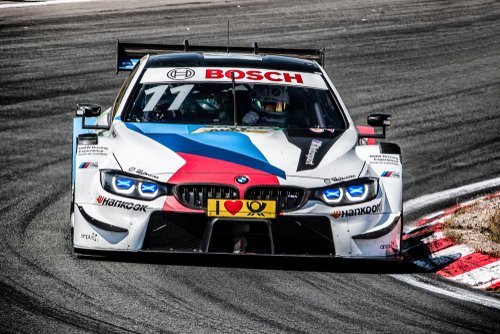 In the 1950s and 1960s, BMW cars were entered into various races. Although the cars were modified BMW 328s and/or contained BMW engines, these were not necessarily official race teams.

In 1979 BMW initiated the single-make auto racing series named BMW M1 Procar Championship. The goal was to get drivers who were active in different categories of auto racing to compete using identical M1 cars. The famed Formula one driver Nikki Lauder won the first championship. However, the competition was discontinued after its second year as the company decided to concentrate on Formula 1 instead.

In 1980, BMW began working with the Brabham F1 team. The company’s engine debuted in the 1982 season, and a year later, the company’s turbocharged-engine powered Brabham’s Nelson Piquet to the F1 Championship. The company supplied engines to Arrows and Benetton F1 teams in the following years. However, by the end of the 1987 season, BMW withdrew from F1 for the first time.

After a decade on the sidelines, BMW returned in 1997 partnering with Williams F1 team. The German company developed V10 engines under its agreement with Williams. Although Williams and BMW saw wins, they were inconsistent, and never won a championship.

By 2005, BMW and Williams had had a falling out. The deterioration in their relationship led BMW to buy F1 team, Sauber. In 2006, BMW-Sauber began racing in F1, and over the next three seasons, the union experienced success, including a runner-up performance in the 2007 Constructors’ Championship.

Despite achieving race wins, BMW sold the team back to Sauber’s previous owner and namesake Peter Sauber. Following the 2011 F1 season, Sauber dropped the BMW part of its team name. 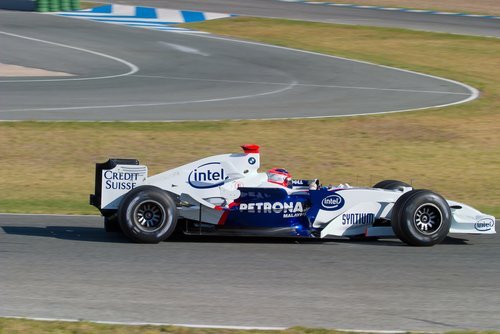 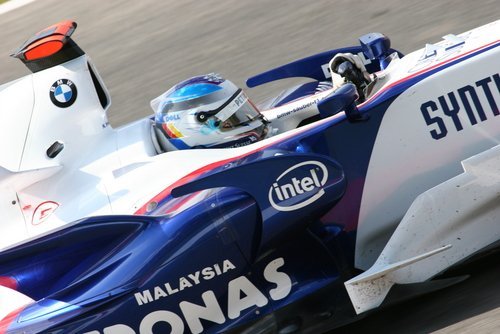 BMW joined Formula E ahead of its fifth season in 2018-19. The German manufacturer partnered with Andretti Motorsport to form the BMW i Andretti Motorsport team. The team saw immediate success in its first race of the 2018-19 season. Driver; Antonio Felix da Costa won the Ad Diriyah ePrix. Da Costa also secured pole position for the race, but following his victory in Saudi Arabia, he experienced back-to-back early retirements.

The carmaker is expected to further push its electric automobile offerings in the future because of the innovations it is developing through Formula E. It remains to be seen whether BMW’s time in Formula E lasts long term or ends abruptly as its time in F1.

BMW has been active in DTM since 1984.  After close to a decade away from the sport, it entered its DTM team into the racing circuit in 2012. The team’s DTM car was based on the BMW E92 M3 Coupe.

The second race of the 2012 season held at the Lausitzring circuit in Germany saw BMW win its first DTM race in two decades. Driver Bruno Spengler picked up the victory. It was a sign of things to come as the Canadian driver won the 2012 championship.

BMW has won two more championships since Spengler’s victory in 2012. German driver, Marco Wittmann won both in 2014 and 2016.

Currently, BMW has two cars featured in the IMSA WeatherTech SportsCar Championship. According to the IMSA website, the two car styles are the Prototype (P), which showcases the latest automotive technology and are uniquely designed for the racetrack, and Grand Touring (GT), which is based on road-going production models.

The BMW M4 GT4 features in the IMSA Michelin Pilot Challenge. The Grand Sport is very similar to the BMW cars that are driven every day on the streets of America. The Pilot Challenge features two classes, the GS and the TCR. 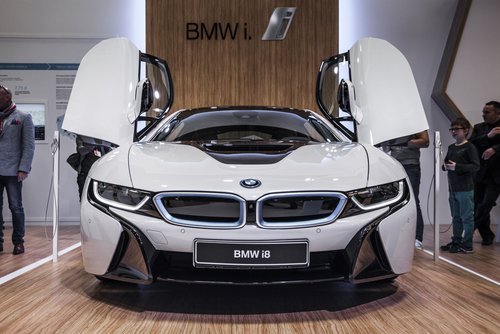 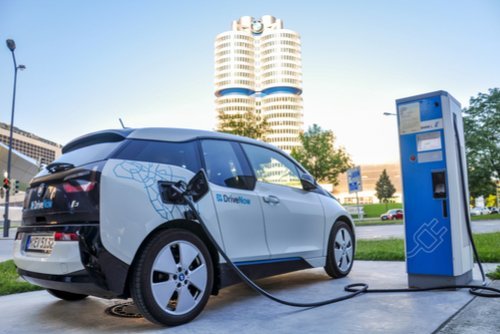 BMW has manufactured some of the world’s most beloved cars. Aficionados have fallen head over heels for some of the German company’s releases, including these top choices.

Manufactured in the mid-1980s, the M3 is seen by many BMW experts as the best car ever produced by the company. The M3 delivered an unforgettable driving performance that was unrivaled in its class at the time of its production.

The 2002 Turbo was BMW’s first production car with a turbocharged engine. The car is one of the most significant models in BMW’s history and remains a unique-looking offering in its stable of vehicles.

The i8 is the most futuristic car ever made by BMW. It is all sleek curves and looks far different from the company’s iconic offerings in the past. The hybrid automobile is likely a precursor to future cars which will probably be all-electric.

BMW is one of the most stylish car brands around. If it weren’t for mergers and the German government’s assistance, BMW might not be here today. At least, not in its current form. The company continues to push the boundaries of auto innovation while providing drivers with performance and luxury like few other brands. Thanks to German engineering and attention to detail, a lot of observers agree that a BMW is “The Ultimate Driving Machine.”